Aghione Airfield (french: Aérodrome d'Aghione) was an airfield on the east coast of Corsica, located approximately 27 km southeast of Corte.
It officialy became a landing place in 1939 of about 40 hectares, on a site chosen because it was not in use for agriculture.
During the later stages of World War II, it became part of the 'USS Corsica' airfield complex, so called because they were a series of American airfields on the "unsinkable aircraft carrier" Corsica Island.
It was converted into an all-weather temporary field built by the XII Engineer Command using Pierced Steel Planking for runways and parking areas, as well as for dispersal sites. In addition, tents were used for billeting and for support facilities; an access road was built to the existing road infrastructure; a dump for supplies, ammunition and gasoline drums, along with a drinkable water and minimal electrical grid for communications and station lighting.
The airfield was primarily used by the United States Army Air Force Twelfth Air Force 52nd Fighter Group between 29 April and 19 May 1944, flying combat operations with P-40 Warhawks. Also, the 1st Fighter Group deployed sixty P-38 Lightnings of the 94th Fighter Squadron to Aghione, to provide air support for the Allied invasion of Southern France between 10 and 21 August 1944.
In addition, the airfield was used by Fifteenth Air Force 306th Fighter Wing, which deployed P-51 Mustangs to the base from several groups to support Operation Dragoon, the Allied landings in Southern France.
After Operation Dragoon, the airfield was closed and dismantled. 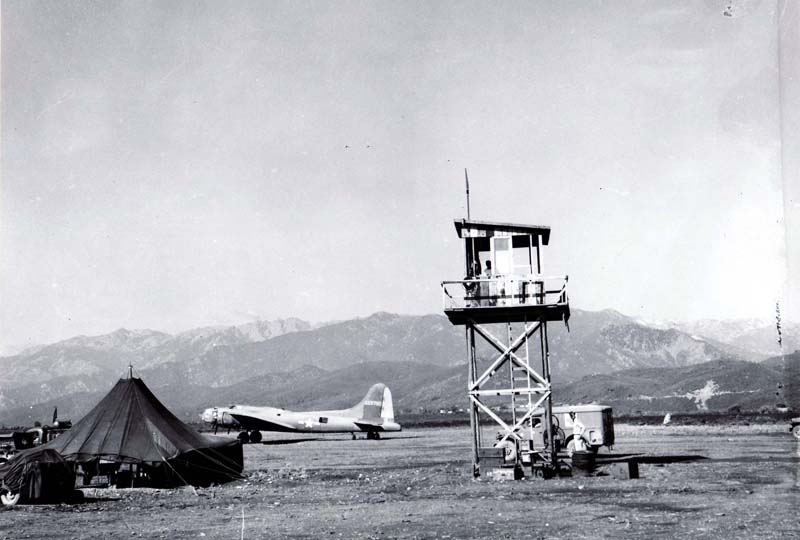 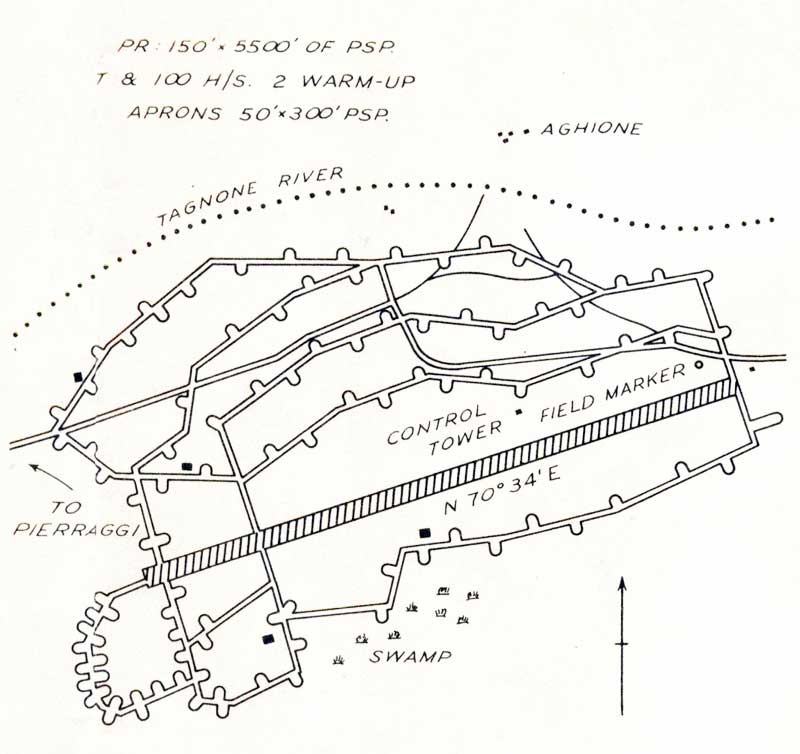 Historical map of Aghione airfield in September 1944 (USAAF, via AFHRC) 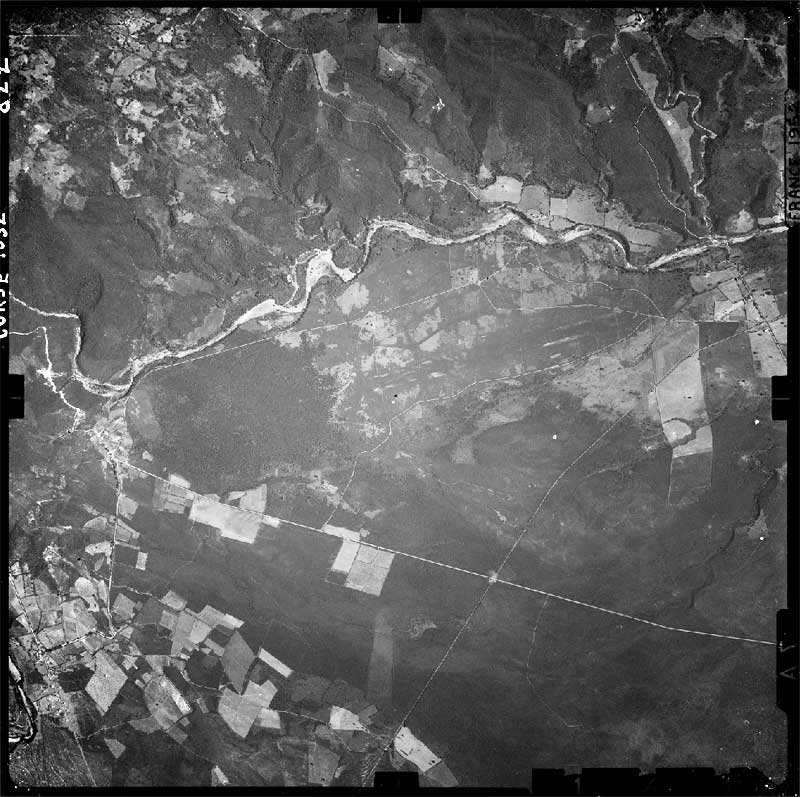 Photo of the former airfield in 1952. The outlines of the runway, taxitracks and parkings are still visible (geoportail.fr) 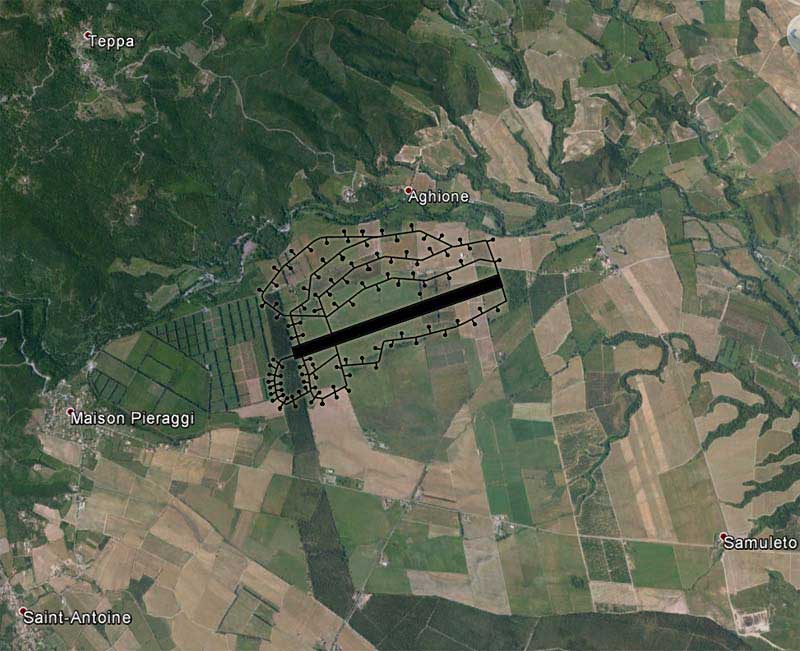 The location of the old airfield placed on a 2008 Google Earth photo.

Today, there are small traces of the airfield remaining on the landscape visible from aerial photography, but no buildings or physical features remain.