Airfield Aizpute was an airfield 150 kilometers west of Riga.
The airfield was built by the Soviet Union in the 1975-1985 timeframe. It was used for agricultural activities by state-run Aeroflot. It consists of a small runway and taxiways to a medium sized platform to the north and east of the runway. 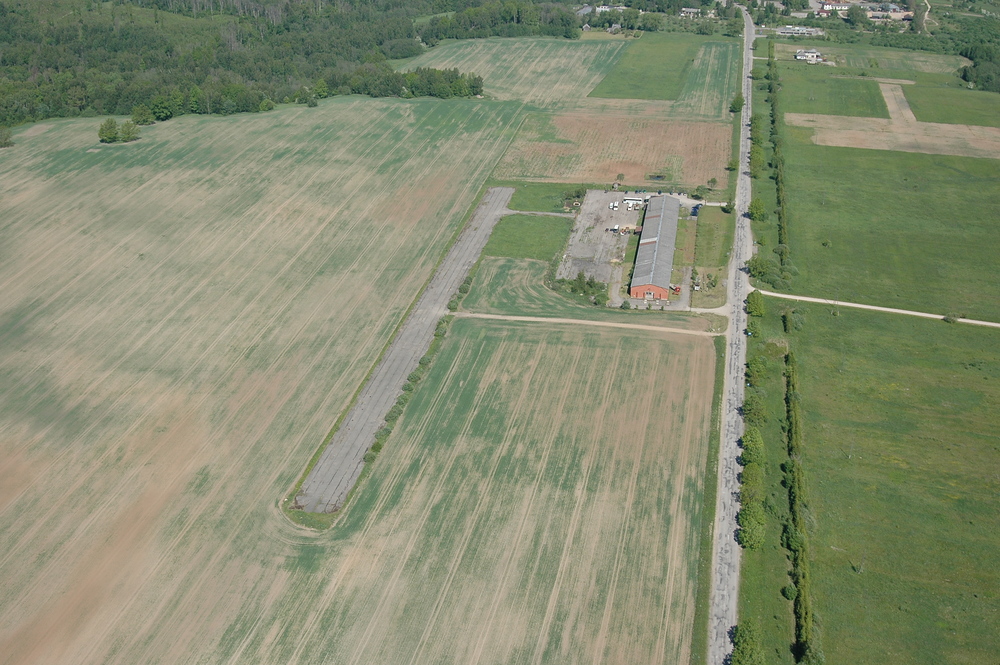 The airfield is still in reasonably good shape, although the platform is now used to park cars, busses and small trucks.
Latvian Airfields lists it as 'may be usable for emergency use', in part because of small bushes next to the runway.
It is uncertified however, and thus officially closed to all traffic