Alesani airfield (Advanced Landing Ground Alesanie) was an airfield that formed part of the "USS Corsica" airbase complex on the east coast of Corsica.
The airfield was constructed by the allies very early in 1944 and occupied by the 340th Bombardment Group from mid-April 1944 until late-April 1945. The 340th Bombardment Group consisted of the 486th, 487th, 488th and 489th Bombardment Squadrons. These squadrons had planes with tail fins marked "6", "7", "8" or "9" respectively, followed by a letter identifying the particular aircraft.
The crew chiefs and their ground crews who serviced, repaired, and maintained the aircraft typically adorned their planes with artwork, names, and other personal touches
Like the other airfields, its runway ran north-south. A lighthouse situated approximately 1 mile SW of the airfield provided a good landmark. Also, there were four pierced steel warm-up aprons connected by taxi-track to the prepared strip. East and west of the air strip were 140 hard standings for the aircraft connected by taxi-tracks to either end of the landing strip. The control tower was located on the west side of the center of the prepared strip. Two huts and two portable barracks housed the administration and operations sections. The personnel was living in tents.

There was a First Aid station at the airfield and a hospital at Cervione, 4 miles to the north. 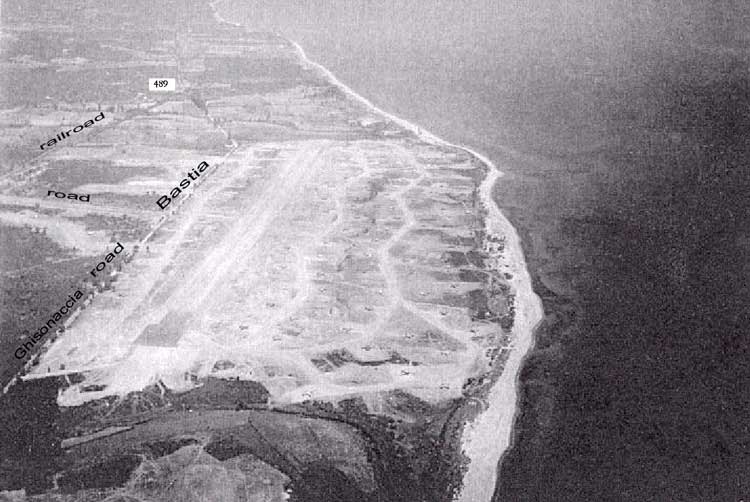 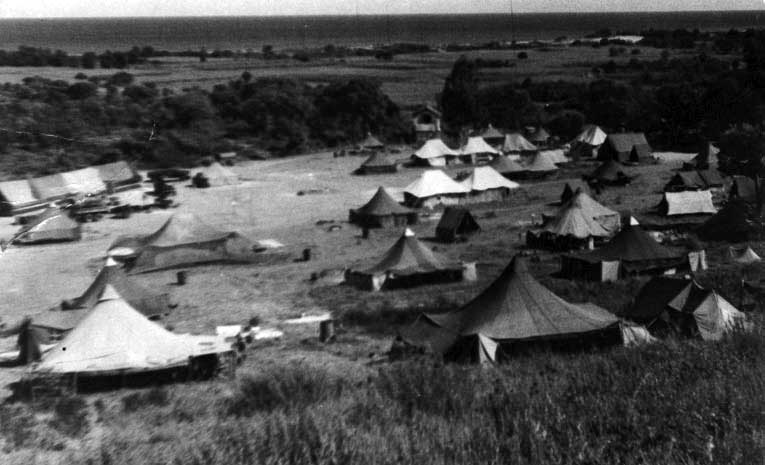 A tent camp at Alesani airfield in use during World War II. This kind of tent camp was what the 489th bombardment squadron lived in when they weren't dropping bombs and getting shot at. What you see is the prime 489th area with the mess area at the bottom of the hill and the administrative area off to the right. Most of the enlisted men bunked here. The officers' area was out of the picture to the right. The Tyrrhenian Sea can be seen in the background (warwingsart.com). 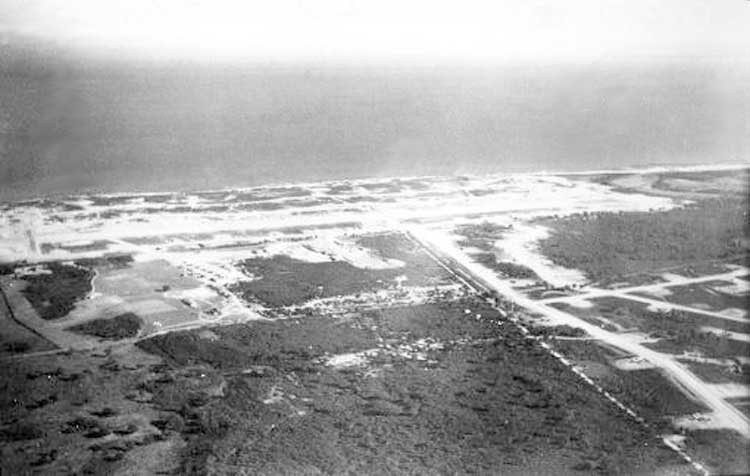 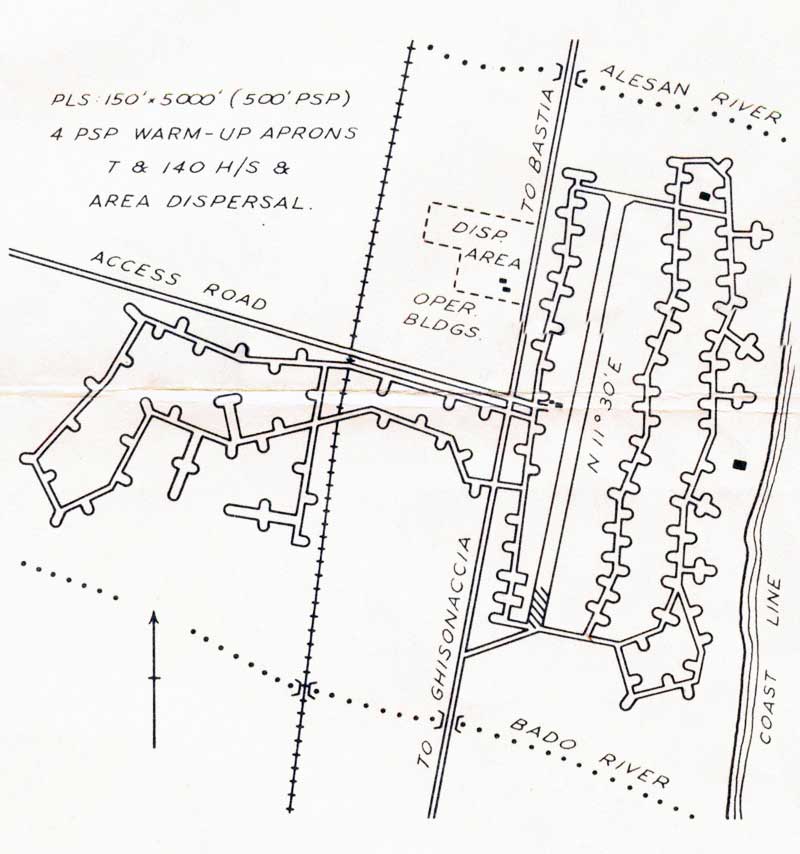 Historical map of Alesani airfield in September 1944 (USAAF, via AFHRC) 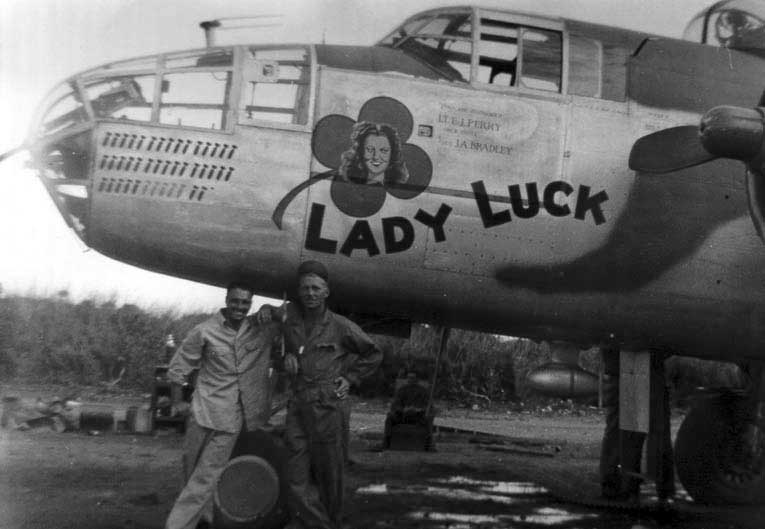 North American B-25J Mitchell medium bomber from the 489th named Lady Luck in Alesani. Technical sergeant, radio-operator and waist-gunner Quentin Kaiser is standing on the left and staff sergeant, top-turret gunner, and engineer Bill Devine is on the right. Lady Luck had a large 9Y painted on its tail fin, with the "9" designating 489 squadron and the "Y" designating the aircraft. Each bomb painted on the fuselage represents one combat mission, so Lady Luck had participated in at least 42 missions when the above picture was taken.
Five of Quentin Kaiser's 65 combat missions were flown in Lady Luck - 9Y. Although the pilots and crews had their own main aircraft, they usually flew missions with different planes and crews depending on availability and mission requirements. (warwingsart.com) 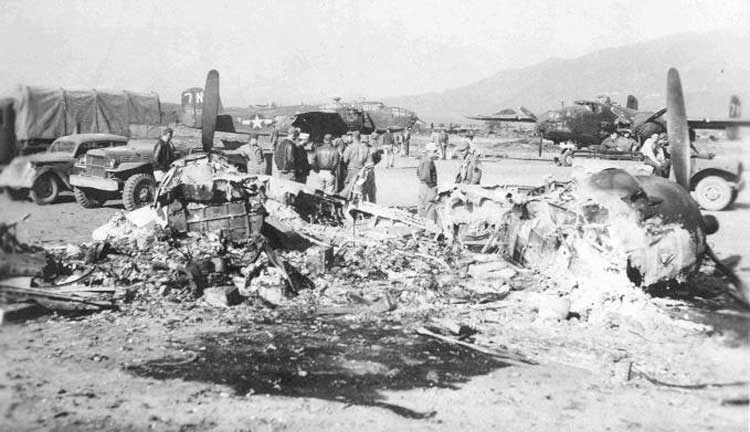 Damage that occurred to the 340th Bombardment Group's B-25s by a German air raid on 13 May 1944. These planes belong to 487 Bombardment Squadron (collection Dominique Taddei, via warwingsart.com). 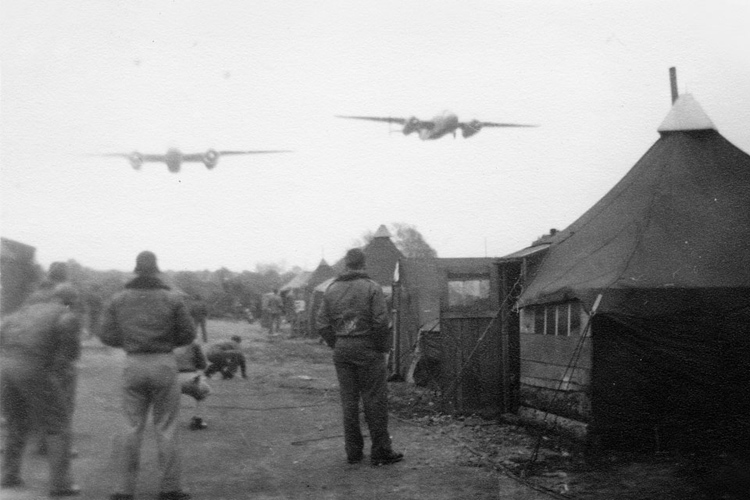 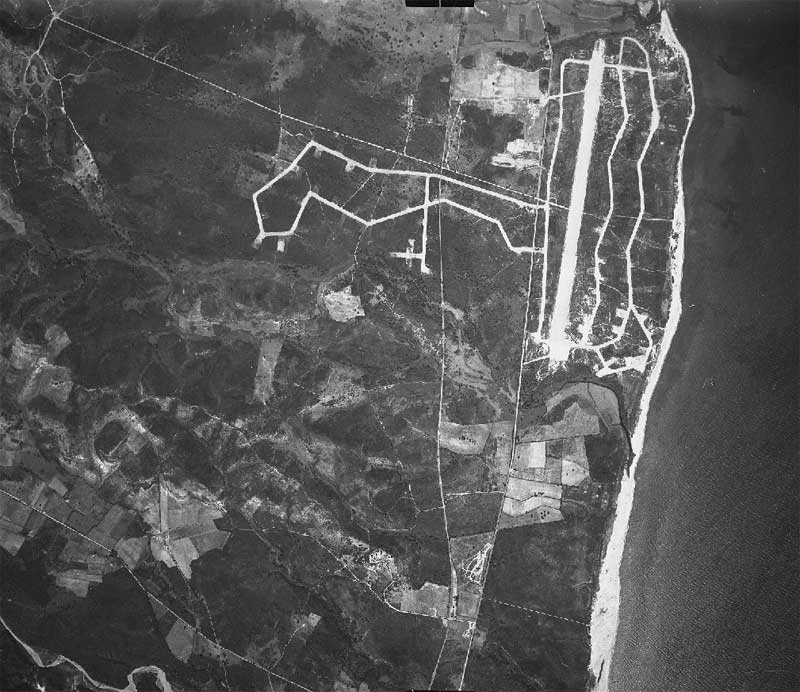 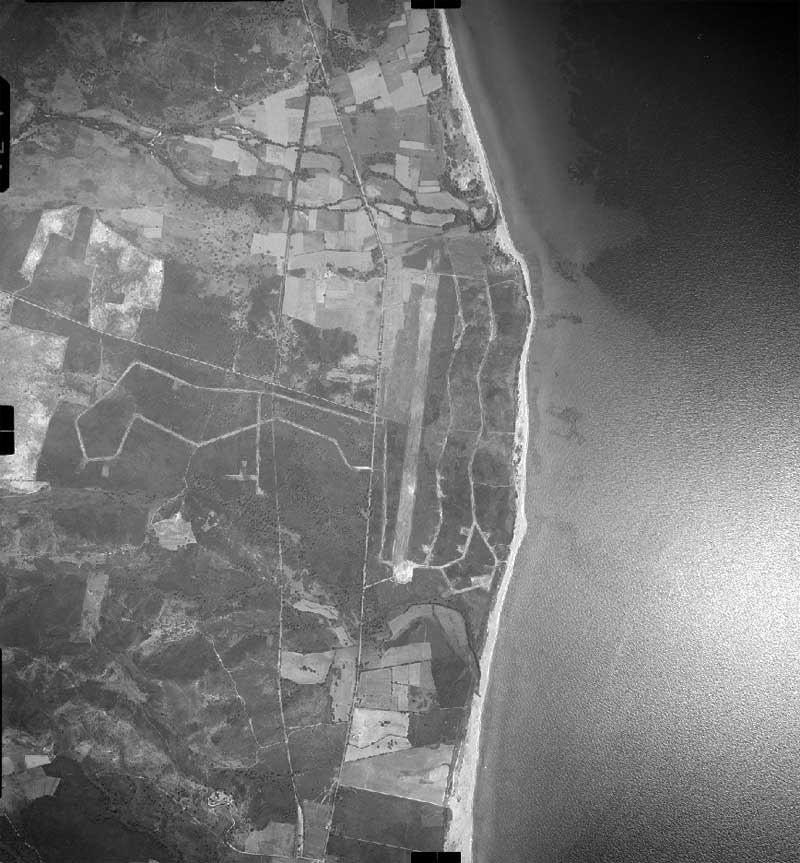 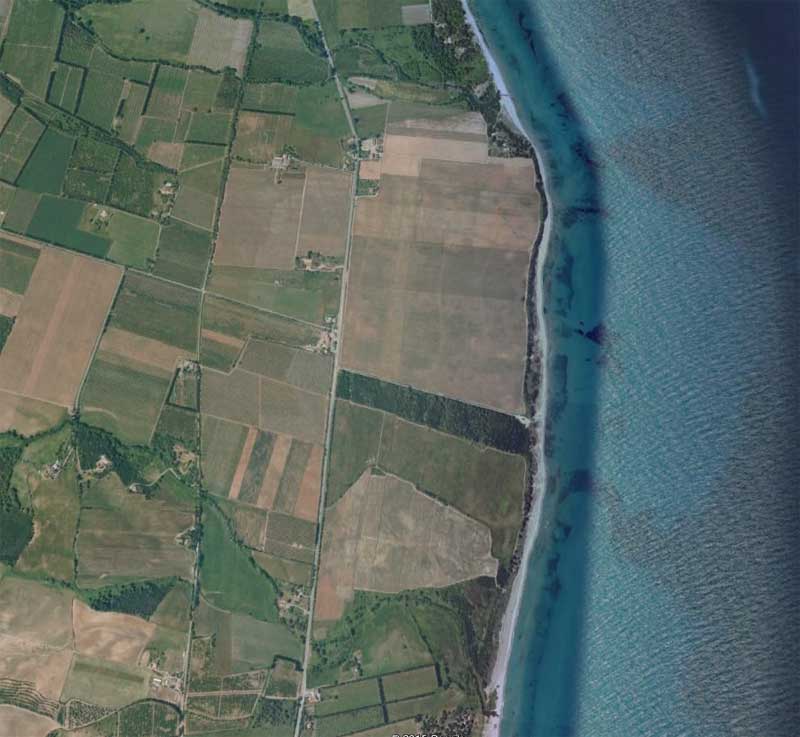 The location of the former airfield in 2012. Some traces of the runway and taxiways are still recognizable in the soil (Google Earth)