Alto airfield (also known as Advanced Landing Ground 'Alto' and Alto Air Base) was a temporary airfield that formed part of the "USS Corsica" airbase complex on the east coast of Corsica.
It was built in early 1944, and derived its name from the river that runs nearby, close to the village of Fovelli.

The Group was based in Corsica Alto (Penta di Casinca) from 23 March until 9 September 1944 and was joined by the French squadrons "Dauphiné", "Navarre" and especially "La Fayette" between 8 May to 14 June. The units participated in “Operation Strangle”, the Allied operations, particularly by USAAFs 12th and 15th Air Forces against the German army in Italy. 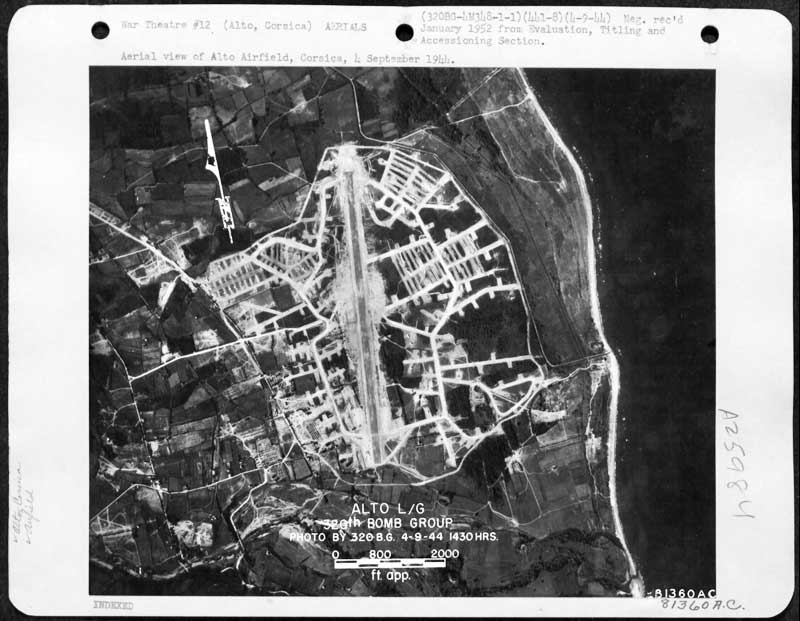 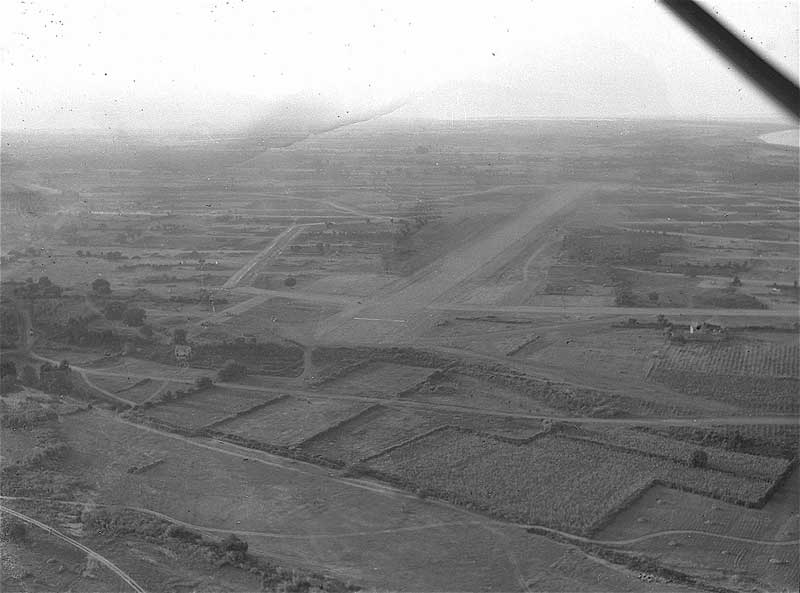 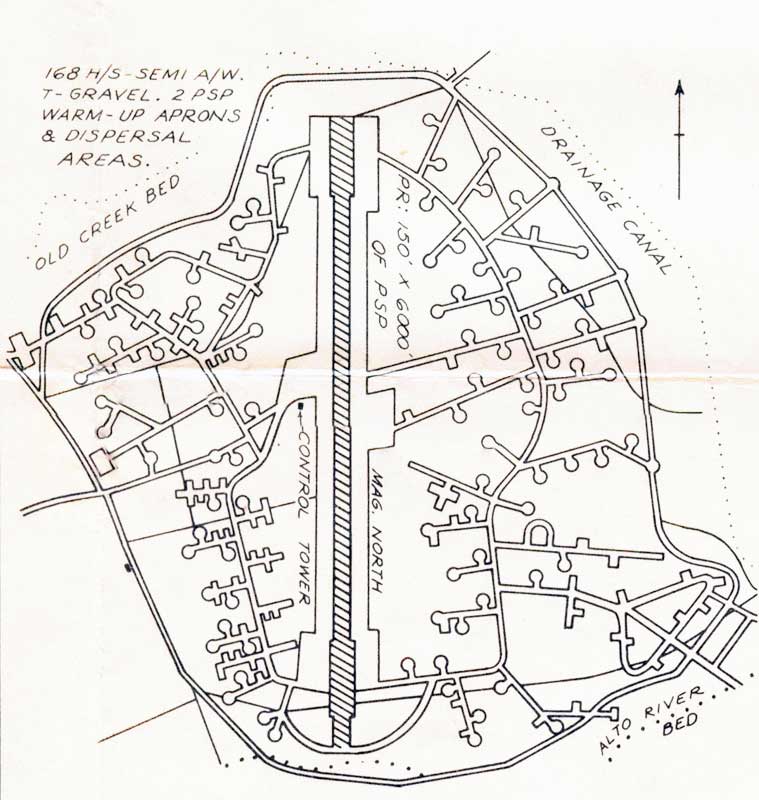 Historical map of Alto airfield in September 1944 (USAAF, via AFHRC) 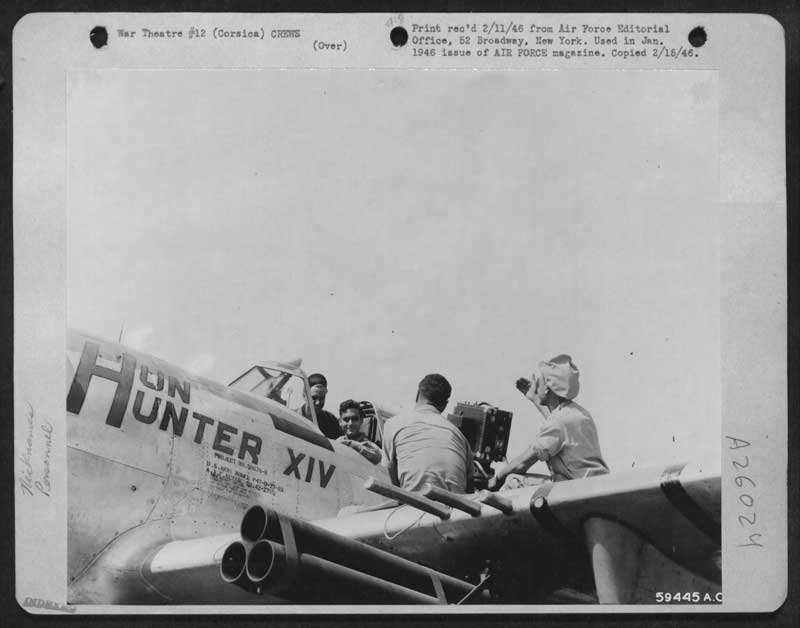 THUNDERBOLT MOVIE: “Operation Strangle” had been so notoriously successful that the story was filmed by William Wyler, a celebrated film director. Thousands of feet of film were shot and several movies were created. “Operation Strangle” was produced involving all of the participants in the operation and was shown within the Air Force principally. “Thunderbolt” was produced covering the 57th Fighter Group’s part in the operation only. It was distributed to the public in theatres throughout the country shortly after the war. William Wyler and his crew spent several weeks with the Group in Corsica shooting the raw film. Col. Archie Knight was technical advisor for the film “Thunderbolt.” In the film, the action was introduced by Jimmy Stewart and the action was narrated by Lloyd Bridges. All “actors” in the film were members of the 57th 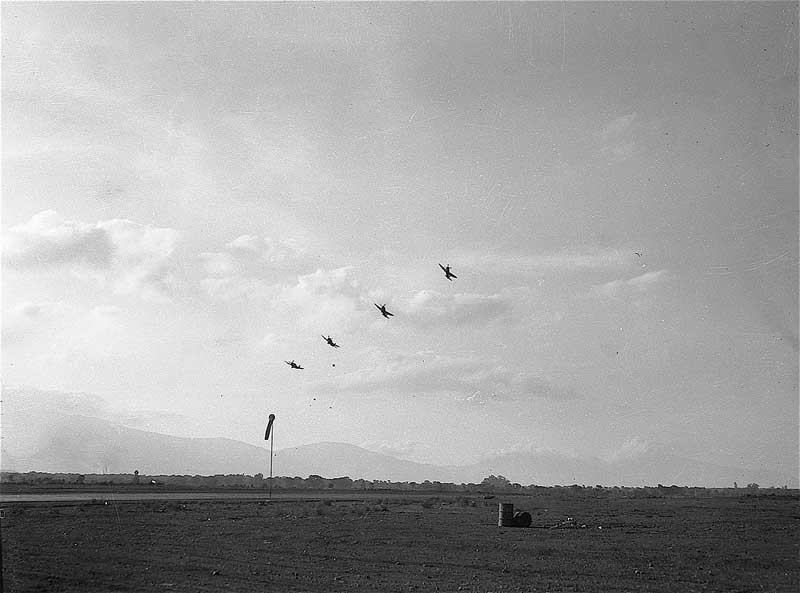 A Flight of Thunderbolt during their pre-landing break (photo via Dominique Taddei). 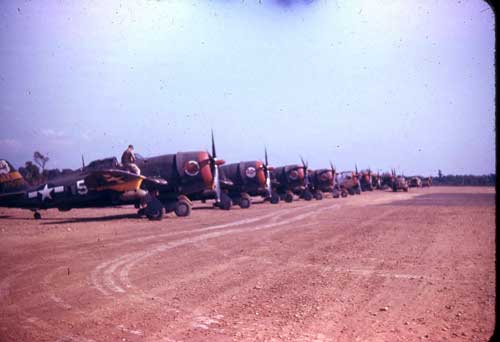 A line-up of P-47 Jugs of 57th Fighter Group (57thfightergroup.org) 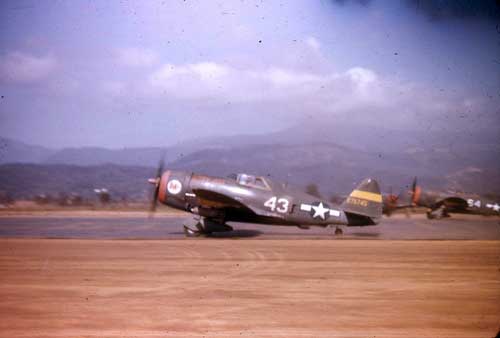 P-47 'Jugs' of 57th Fighter Group lining up on the runway (57thfightergroup.org). 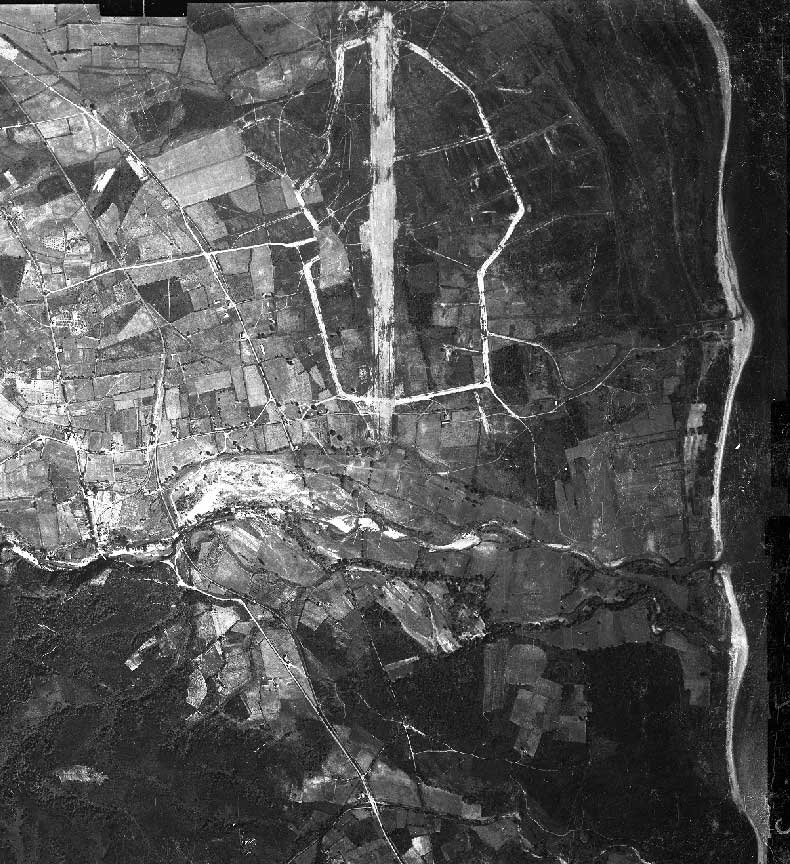 By 1948 the airfield was already disappearing slowly (geoportail.fr) 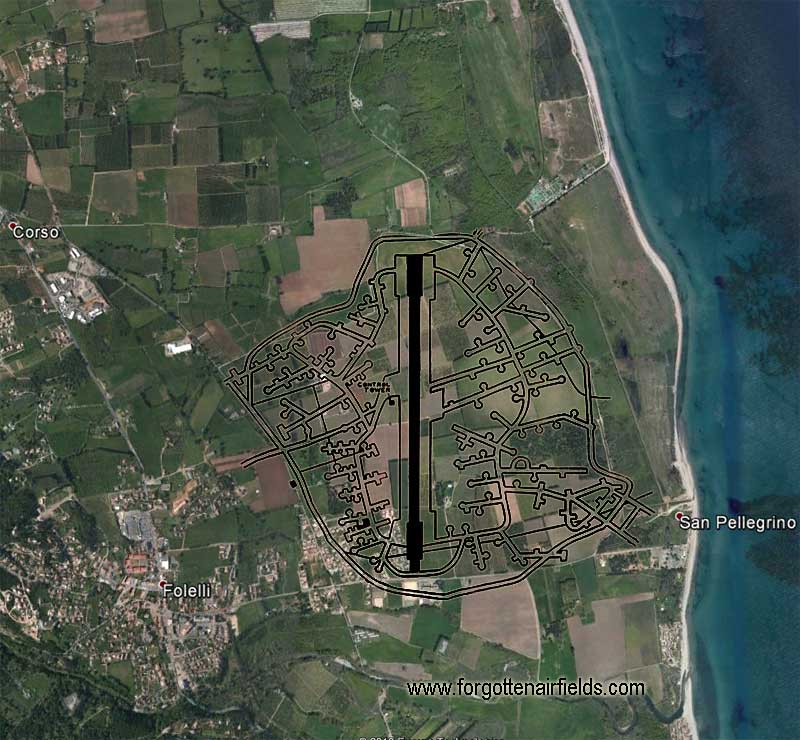 Historical map superimposed on a 2012 aerial photo. Today, nothing remains of the former airfield (google earth).