Arbroath airfield (also known as RNAS Arbroath, HMS Condor and RM Condor) was an airfield 80 kilometer north-northeast of Edinburgh.
It opened for aircraft in 1938 after only 6 month of building as RNAS Arbroath, a Royal Navy installation tasked with the training of Naval aviators. HMS Condor was commissioned on 19 June 1940 and served as parent unit to RNAS Dundee & RNAS East haven. It was used by 2 Observers School, a Deck Landing Training School and a Naval Air Signals School. In spite of its non-combat tasking, it was attacked by Luftwaffe Heinkel and Dornier bombers operating from Norway in 1940 but 'suffered' only minor damage, estimated to be about 6000 Pound Sterling.
Throughout World War II, the airfield and it's facilities were used by visiting Naval Air Squadrons as a home base, usually whilst their home carriers were berthed in the Firth of Forth or the Clyde. The training units at RNAS Arbroath made good use of  the nearby airfield at East Haven as an additional site for Deck Landing Training.

View of the torpedo attack trainer at Arbroath Fleet Air Arm Station, also known as HMS CONDOR. Directly in front of the plane in which the trainee is seated, is the ship projected onto the screen (Royal Navy during World War II, © IWM (A 18246)). 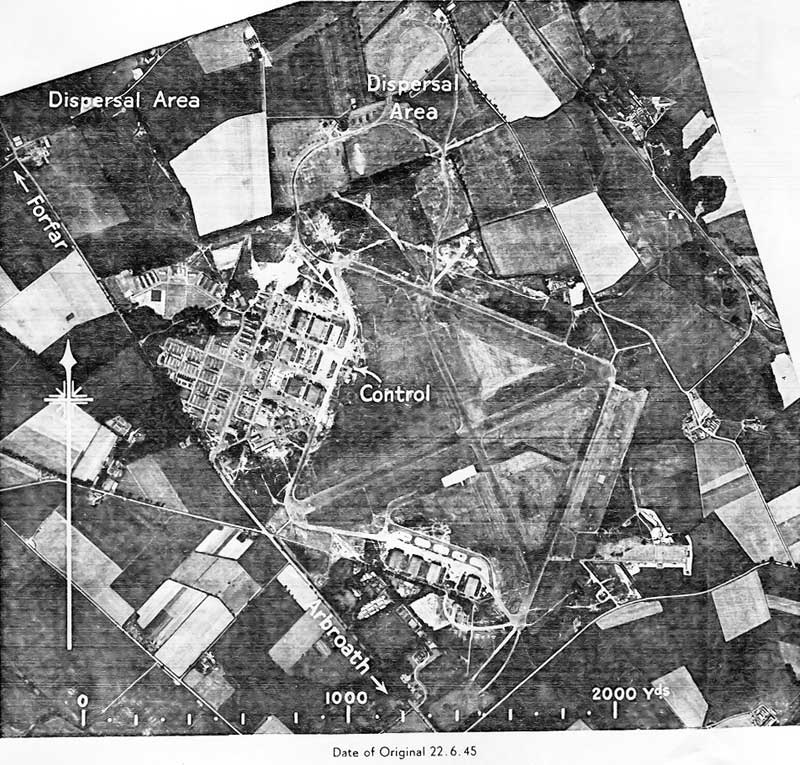 Slightly cropped photo of the airfield in June 1945 (royalnavyresearcharchive.org.uk)

In the mid 1960's the base became the home of the Royal Navy Aircraft Engineering Training School, which had previously been located at HMS Daedalus at Lee-on-Solent, Hampshire. HMS Condor, Arbroath, was the location for training AE (Air Engineering) apprentices after their initial year at HMS Fisgard, Torpoint, East Cornwall. Following their initial training at Fisgard, apprentices went to HMS Collingwood, to HMS Daedalus, to HMS Caledonia, or to Arbroath if they were to be trained in work on airframes and aero engines. It continued in this role until 1971, when the base was transferred to 45 Commando Royal Marines, part of 3 Commando Brigade. The base was thereafter known as RM Condor or Condor Barracks and remains an operational Royal Marines base to this day. 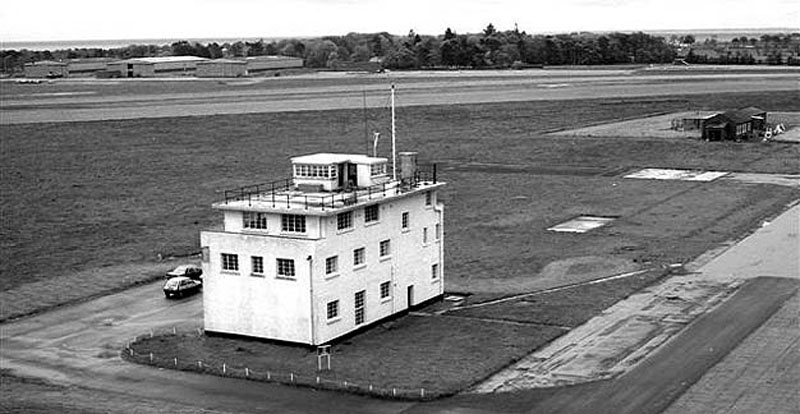 The former control tower at the airfield, photograped in 1983 (Paul Francis, via AirfieldInformationExchange)

Since the takeovere by the Royal Marines, the airfield has hardly changed and remains operational in a limited sense, as a drop zone for parachute training and as home to 662 Volunteer Gliding Squadron (VGS), which operates Grob Viking T.1s at weekends and holidays. Formerly established as Gliding Schools (GS), these facilities were re-designated as Volunteer Gliding Schools (VGS) in 1978. Following a decision by the Royal Air Force Board in 2005, the VGS were placed into the Elementary Flying Training Unit register and renamed Volunteer Gliding Squadrons, so retaining their VGS acronym. 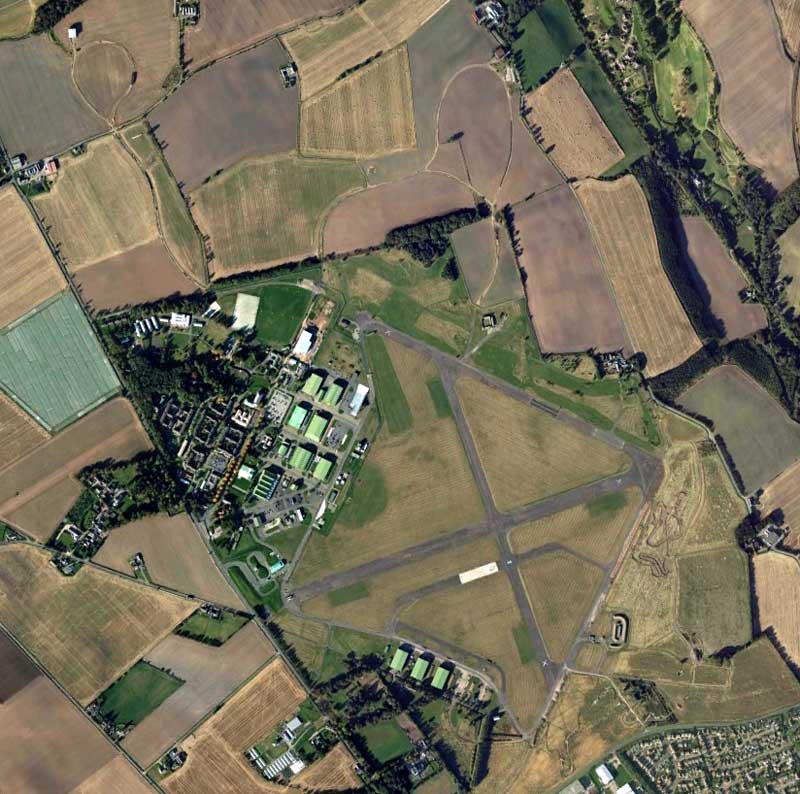 A Saturday at RM Condor (Arbroath) in March 2013 with 662 Volunteer Gliding Squadron and their Viking T1s. In the background the old hangars (859sqn.org)