Advanced Landing Ground Asch (Dutch: vliegveld Asch, or ALG Y-29), near Genk in the province of Limburg, is an abandoned World War II military airstrip east of Genk, in the province of Limburg, Belgium.
Asch Airfield (Y29) was constructed in November 1944 by the USAAF IX Engineer Command, 852nd and 846th engineer Aviation Batallion. It is not to be confused with the much earlier airfield of Asch.
NOTE:There appears to be a lot of confusion about the correct location of Y-29.
According to Wikipedia and other sites it was at 50°59'10"N005°36'53"E.
Jan Lantmeesters pointed out to me however: An official monument was raised at Air Base Zutendaal , at what is supposed to be the end of the original runway (see map below). 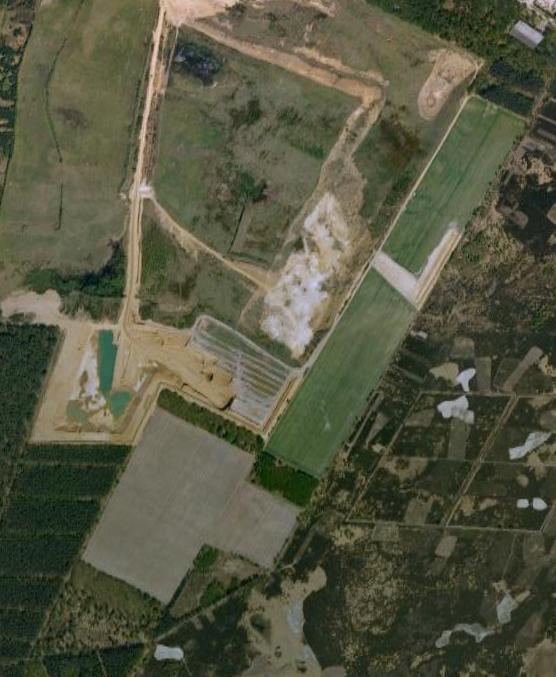 Asch Advanced Landing Ground according to Wikipedia and others, ca 2009 (via Google Earth). 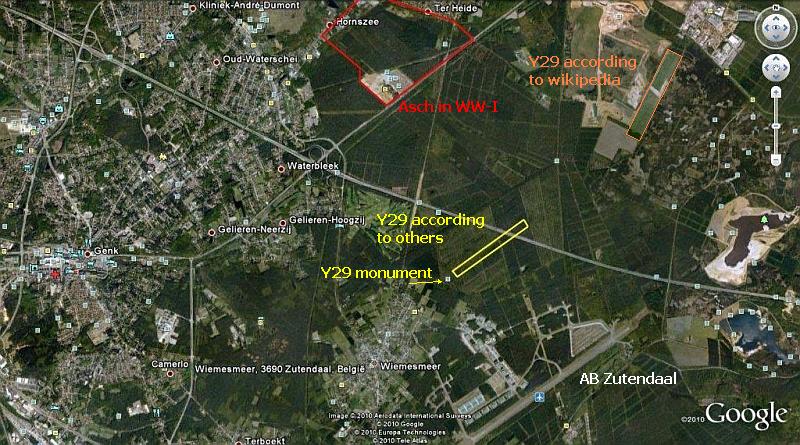 Its facilities consisted of a tent city, an access road to the existing road infrastructure, a dump containing fuel, food, water and ammunition, and en minimal electrical grid for communications and station lighting.
Asch was home to the USAAF 352FG (P-51 Mustangs) and 366FG (P-47 Thunderbolts) between 19 November 1944 and 11 April 1945.
Between 8 February and 15 April 1945 it also based 406FG (P-47 Thunderbolts).
These units were all tasked with disrupting German operations ahead of the beachhead, strafing anything German they encountered.

On the start of Operation Bodenplatte (the German counterattack through the Ardennes) on 1 January 1945 Asch was the site of a major aerial battle, which later became known as "The Legend of Asch".
When the fighter units moved out Asch became home to 391BG (B-26 Marauders) until 27 May 1947.
With the end of the war in Europe the airfield was closed and abandoned on 20 June 1945.
Today, nothing but a small memorial reminds of the airfield, which is partly in a wooded area at Zutendaal Air Base, and partly at the other end of Highway E314. 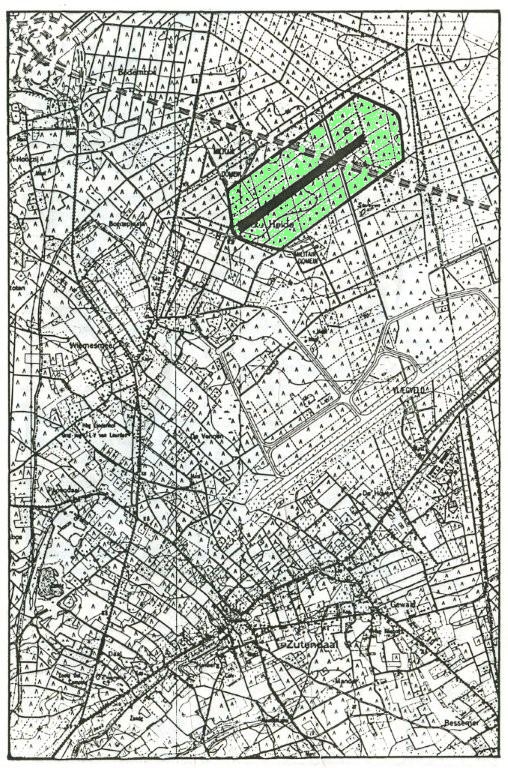 Y-29 plotted on a map of Zutendaal Air Base, by R. Lambie (via Jan Lantmeeters).