A group photo of 404 Squadron pilots, navigators and personnel pose on a 404 squadron Beaufighter with Pilot
Officer Allan Bundy of Dartmouth, Nova Scotia, sitting on the wing next to the starboard engine nacelle. Bundy was
the first black flying officer in the RCAF. The last two missions flown by Bundy in Beaufighters were in fact in the
Beaufighter depicted here (Photo collection Jim Bates, via VintageWings.ca). 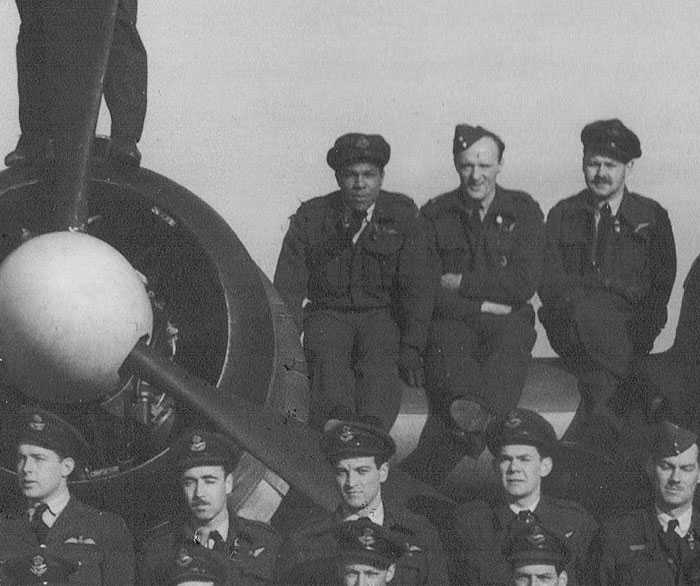 A close up from the previous photo shows Bundy proudly sitting on the wing of a 404 Squadron Beaufighter.

The Banff Strike Wing enjoyed spectacular successes during its time on the coast of the Moray Firth. Its squadrons joined forces to create an effective multi-national unit. Combined, they denied Germany many thousands of tons of vital iron ore and other supplies during operations from RAF Banff between September 1944 and May 1945. The mixed Mosquito and Beaufighter Wing mounted concentrated attacks on German surface vessels and U-boats in the North Sea and along the Norwegian coastline. Penetrating deep into heavily defended Norwegian fjords to reach their anchored supply ship targets, the crews ran the gauntlet of formidable anti-aircraft fire to achieve their goal. The unit was unique because of the presence of 333 Sqn Royal Norwegian Air Force as part of the Strike Wing. Their aerial skills and their ability to locate targets hidden in mountain-fringed fjords became one of the RAF Banff Wing's great strengths. It helped the joint RAF, Norwegian and Commonwealth aircrews of the unit achieve outstanding success in the destruction of supply ships, flak ships and U-boats. The Banff Strike Wing, often jointly with the nearby RAF Dallachy Strike Wing Beaufighter force, made a significant contribution to the defeat of Germany by denying them vital raw materials.
After the war in Europe, in preparation for operations against Japan, the airfield was also used by 489 Sqn Royal New Zealand Air Force (from 16 June 1945 until 1 August 1945, flying deHavilland Mosquito) 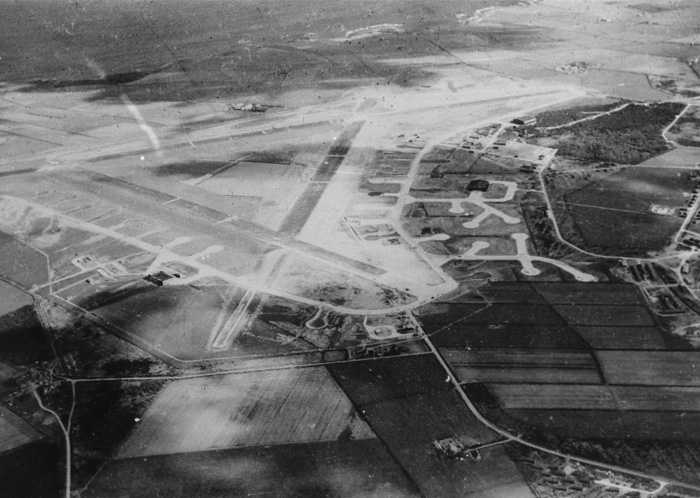 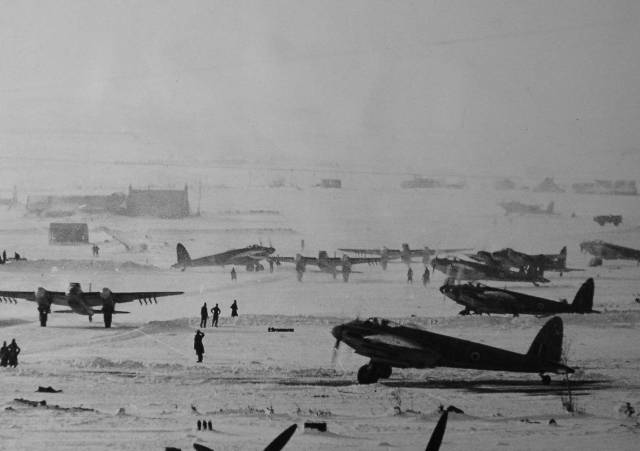 Ongoing operations at RAF Banff during the winter of '44-'45 (rafbanff.org.uk).

When the airfield closed in the summer of 1946, most of the land reverted to agricultural use. Many farmers in the area purchased some of the blister hangars and Nissen huts that could be dismantled and transferred to their farms. The airfield gradually fell into disrepair and was used for simulated bombing runs by Fleet Air Arm aircraft based at Lossiemouth.
In 1976 the airfield was resurrected however. A section of runway was cleared and then used by the newly formed Banff Flying Club. The flying club was inaugurated on the airfield by Sir Max Aitken, former CO of the base when the Strike Wing still existed.
When the fuel crisis of 1979 increased cost, the flying club did not survive. The airfield was completely deserted by the early 1980s, and became a target for vandalism. 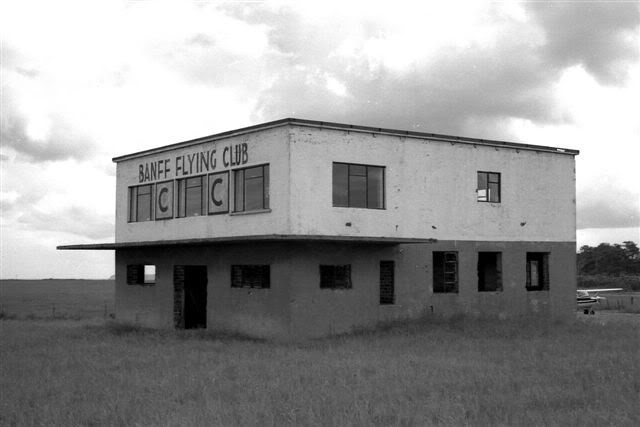 The air traffic control tower of the former Banff Flying Club. Although the Flying Club had folded by then, a Cessna is visible behind the tower, indicating the airfield was still active in 1982 (airfieldinformationexchange.org).

The RAF Banff Strike Wing Memorial Trust was set up by a group of volunteers in 1987, with the aim of building a memorial at or near the airfield. A granite stone with brass illustrated plaques was unveiled in September 1989 by former Squadron Commander GD "Bill" Sise from New Zealand. The unveiling was marked by flypasts from RAF Buccaneers, a Nimrod and the last remaining Mosquito in Britain. Another trust, the Banff Airfield Trust, plans to promote the heritage of the airfield site, and to restore and preserve associated artefacts of historical and cultural interest.
The site has been largely returned to agricultural use, but is still recognisable. A go-kart track is located on the southern end of the airfield. A small industrial estate has been developed on the western part of the site, and a wind farm occupies another part of the former airfield. A number of buildings survive, including the control tower, part of the main store and several waist-high emergency air raid shelters. 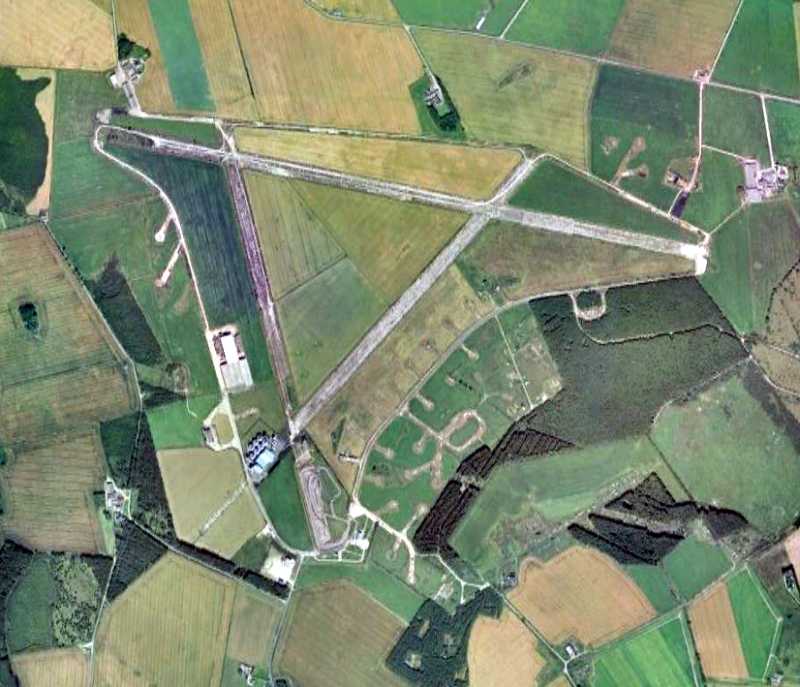 Aerial photo of Banff in 2004. Very little has changed since (Google Earth). Interesting comparison of Banff as shot from the control tower, above in 2011 and below 66 years prior (Photos by Al, as originally posted at The Aviation Forum).