Benbecula airfield (also known as RAF Benbecula and Balivanich airfield, Scottish Gaelic: Port-adhair Bheinn na Fadhla, ICAO: EGPL) is an airfield 200 kilometers west of Inverness on the island of the same name (Benbecula) in the Hebrides.
The airfield was opened in March 1936. During World War II the RAF used it as a Coastal Command airfield. For this reason it was expanded with hardened runways. 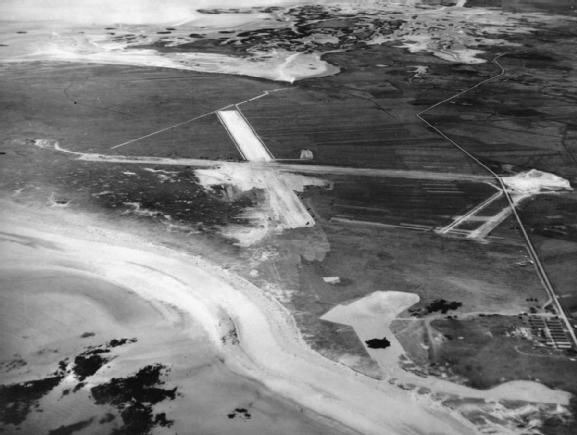 Oblique aerial view of RAF Benbecula, from west-south-west, while the runways were under construction in 1941-1942. The method used was known as 'sand carpet', which consisted of bitumen laid directly over compacted sand, resulting in a flexible surface. (© IWM (HU 92989)). privacy-copyright IWM 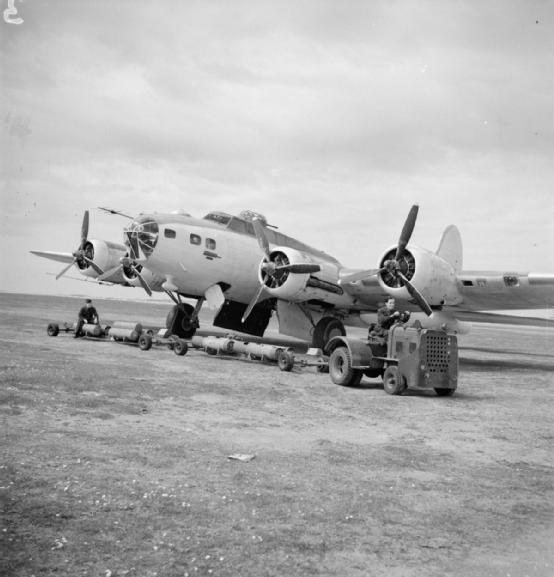 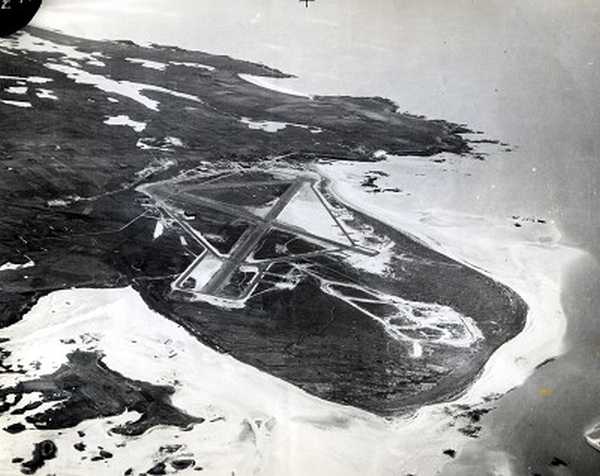 Undated, but believed to be 1940s photo of RAF Benbecula from the north (coastalcommand206.com).

From 1942 206 Sqn operated Flying Fortresses hunting for U-boats over the North Atlantic.  In March 1943 they were augmented by 220 Sqn. The Fortresses were replaced with Wellingtons of 179 and 304 Sqn. 179 Sqn left the airfield in October 1944, while 304 remained until relieved by 36 Sqn in March 1945. Their Wellingtons were the last flying unit based at the airfield, until June 1945. At the end of the war, RAF Benbecula became Benbecula Airport. RAF Benbecula continued to exist however, but without any flying units assigned. Instead, a Control and Reporting Post (CRP, a small radar station) was built at the airfield. In the late 1990s the station was converted to Remote Radar Head. This means only a small group of RAF technicians remain to service the radar, the radar imagery is sent on to a Control and Reporting Centre at RAF Boulmer.

The airfield continues to serve as a gateway to Benbecula Island and North and South Uist. It has a few daily flights to Glasgow, Stornoway and the beach airfield at Barra. From the air it is still visible that the airfield has a military history. Aircraft parkings can be found all around the airfield. All former military buildings were removed or converted however. Two of its hangars were relocated to Amsterdam Schiphol Airport in 1949, for instance. In aerial photography a dispersal ground can be seen north of the airfield, connected by a road. This was probably the bomb storage site. 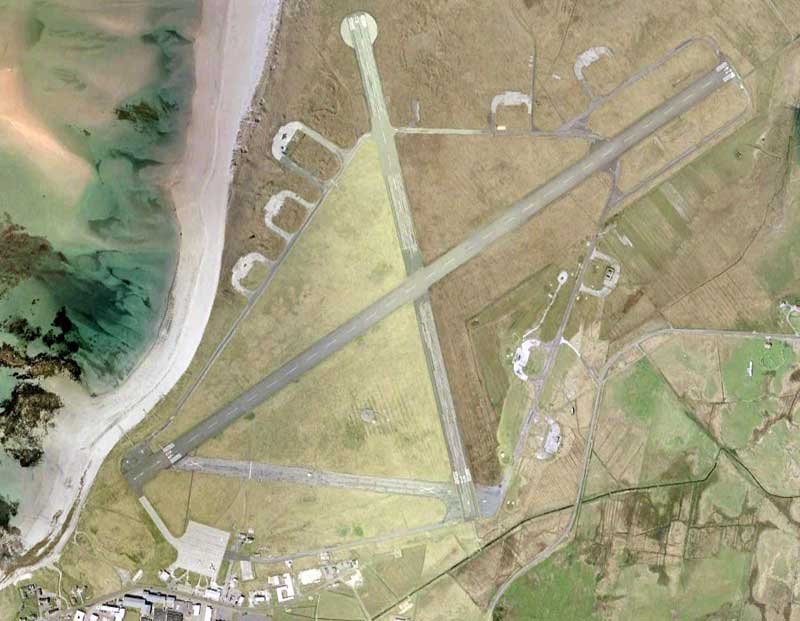