Airfield Bernburg (german: Flugplatz Bernburg, also known as Fliegerhorst Bernburg) was an airfield near Bernburg, Saxony-Anhalt in Germany.
The airfields construction began in 1935 during the National Socialist era as a Luftwaffe Fliegerhorst.
It was opened in April 1936 and became home base for the I./232 Fighter Group (Jagdgruppe), later renamed to I./137.
In February the construction of the Junkers aircraft factory (german: 'Junkers Flugzeug- und Motorenwerke AG, Flugzeugbau, Zweigwerkes Bernburg' or JFM-FZB) began.
Three main hangars were constructed, two of 121x76x16meters, and a smaller one measuring 81x48x12meters.
Production of the first Ju-52 began in October 1937. 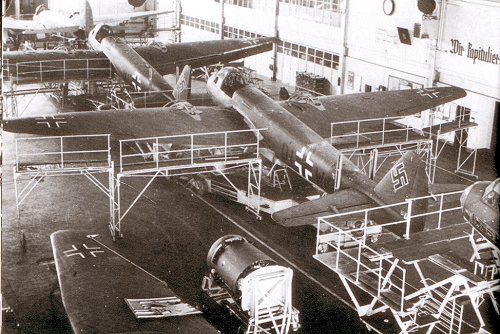 Production line for the Ju88

Production of Ju87, Ju88 and a small licence production batch of He111 aircraft began in 1938.
JFM-FZB son became the main production and assembly facility of the Junkeres factories, taking the lead in both their own products as well as licence-production of other manufacturers.
Shortly before the outbreak of World War II in May 1939 the Bernburger Fighter Group was renamed again, to I./ZG 2 (I.Group/Zerstörergeschwader 2).
The unit took part in the Poland campaign and left Bernburg completely in December that year.
On 1 January 1940 JFM-FZB took full control of the airfield, with permission of the Reichsluftfahrministerium (RLM).
Production of the Ju87 ended after 257 were built.
On 1 March 1941 the railway from Bernburg to the Junkers factory and the Fliegerhorst was inaugurated, allowing public transport to the complex>.
1941 was also the first year that the factory delivered over 1000 locally assembled Ju52 and Ju88 aircraft.

Because of the large production output the airfield became overcrowded.
Fliegerhorst Gotha was therefore added as an extra airfield.
Also, the factory added a camp for 1000 Prisoners of War and forced labour from eastern Europe for production work at the factory.
As a result output rose once again, and the factory delivered 1000 aircraft of a single type (Ju88) for the first time in 1942.
November 1942 also saw the introduction of the Ju188 on the assembly lines.
JFM-FZB and the Fliegerhorst saw 5 Allies air strikes in 1944 (20 and 22 February, 11 April, 29 June and 7 July).
In spite of the damage assembly of aircraft continued and reached record highs from September until November.
Production of the Ju52 and Ju88 ended however, with production at JFM-FZB reaching totals of 2048 and 599 aircraft respectively. 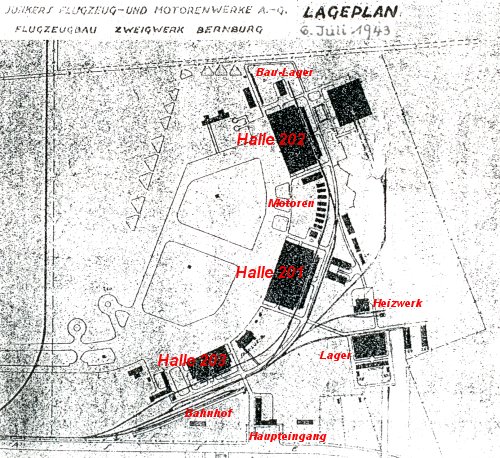 Plan of the Bernburg hangar area in 1943, the north is to the right. 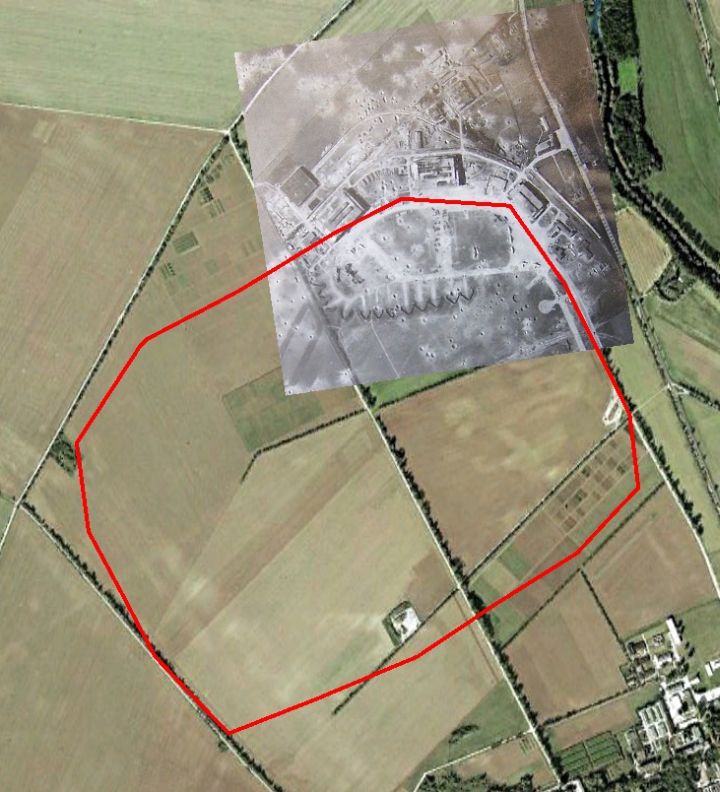 Bernburg today with an overlay of the hangars in 1944 and roughly the airfield perimeter dimensions (Google Earth Hacks). 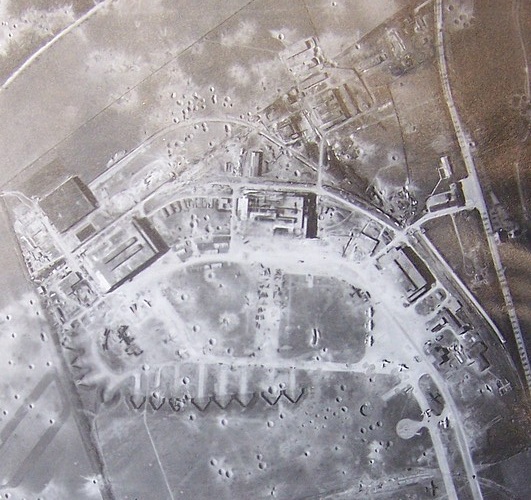 Result of an allied air strike at Bernburg. In spite of heavy bombing production did not suffer.

In January 1945 the production of Mistel combinations began.
These combinations were formed by converting Ju88 into flying bombs and FW190 as guidance aircraft.
Production of the He162 'Volksjäger' began in March 1945.
The facility was overrun by the Americans between 12 and 14 April 1945, effectively ending production at a total of 9775 aircraft (and not counting conversion of aircraft).
The Americans handed over control of the factory to the Red Army on 21 July 1945.
The handover meant the end of the facility, as the Soviets immediately began tearing down the production lines and transporting them back to the Soviet Union.
This process ended in 1950, leaving next to nothing of the former factory. 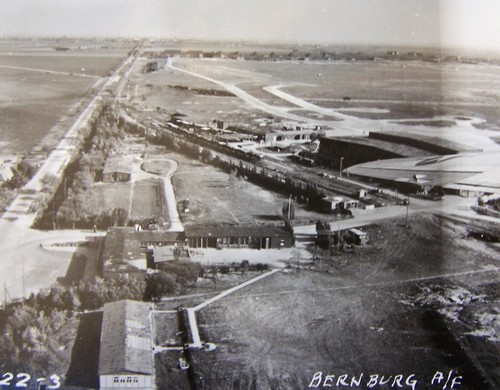 At the grounds of the former aircraft factory the East-German government set up an Agricultural College, which grew into the current area of Strenzfeld.
At the location many references to the areas aero-history can be found.
The airfield has nearly completely disappeared; three small patches of concrete are all that remain of the former taxiways and platforms.
Only from the air the outlines of the former airfield are still somewhat recognisable.
Most of the grounds has been converted to agricultural land. 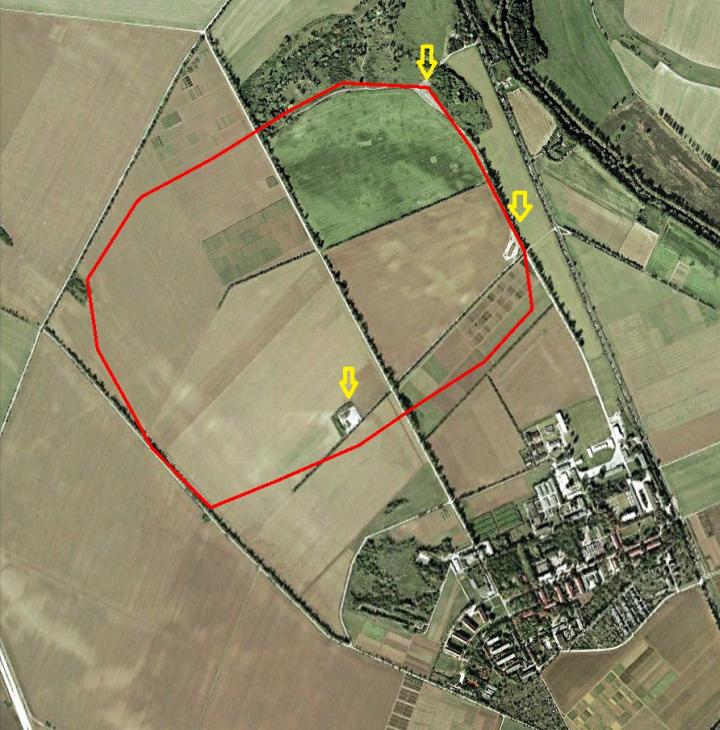