Biferno airfield (also known as Campomarino airfield) was an airfield of the Foggia Airfield Complex, located close to Campomarino. The airfields runway was located almost on and parallel to the shore. It was in use by the Balkan (Yugoslav), Desert (RAF), South African and 15th (US) Air Forces, as well as by the Italian Cobellligerent Air Force. 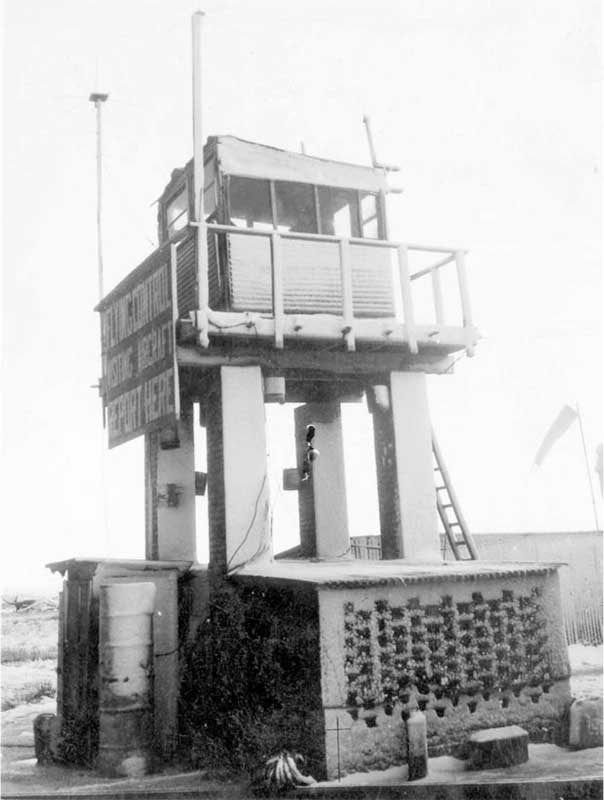 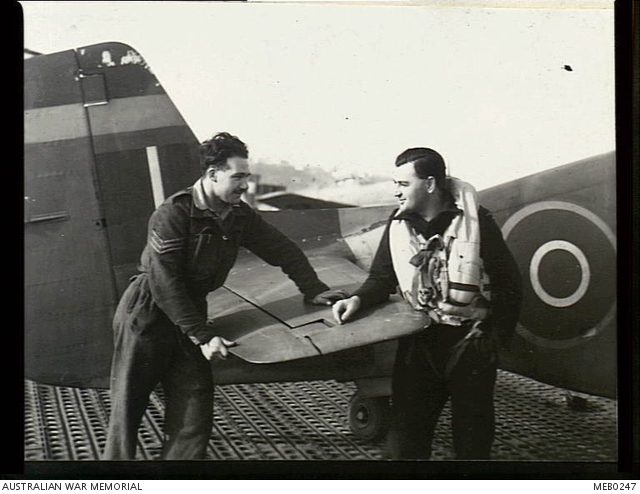 Biferno, Italy. 10 February 1945. No. 249 (Mustang) Squadron RAF which has had two RAAF commanding officers in succession, is keeping up the high reputation it built for itself during the Battle of Britain and blitz days of Malta, and is now part of the Balkans Air Force. It has been operating in Italy for several months in support of Tito's Partisans in Yugoslavia. The commanding officer, 402326 Squadron Leader Charles E. Edmondson of Wodonga, Vic (right), is chatting with his fitter Sergeant N. Clamp of Southport, England, prior to leading a strafing mission over Yugoslavia. The Squadron operates from an airfield covered in steel matting laid on a beach on the Adriatic coast.
(Original caption as found on Australian War Memorial. Note that the article was written in "Biferno, Italy" (Biferno is a river, not a town), but the identity of the airfield is given by a description, instead of being named) 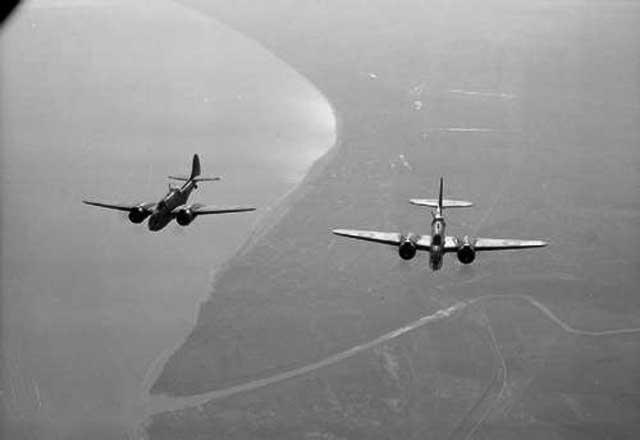 Martin Baltimore Mk.IVs of 223 Sqn RAF based at Celone fly over the mouth of the Biferno River en route up the Adriatic coast to attack the railway and sidings at Montesilvano Marina, north of Pescara. I included this photo, because it is the only photo I could find that shows the location and runway of Biferno airfield; the thin line between the wings of the planes nearly on the beach. Above the tail of the plane to the right, the first and shorter horizontal line shows the runway of Canne airfield, while the longer and much further away is the runway of Madna airfield (ww2incolor.com).

The airfield closed and was dismantled at the end of World War II. It was built over with the Campomarino Lido village. The airfield of Biferno is celebrated by a memorial erected on the "Lungomare degli Aviatori" (Promenade of the Aviators) in parallel with the airfield runway.
contact us about this airfield