Blakenberg airfield (also known as Assent airstrip or B.66 Blakenberg, or incorrectly 'Blankenberg') was an airfield 50 kilometers east of Brussels.
Construction began at 15:00 on 11 September 1944, east of the village of Assent and south of Diest on the border of the provinces Limburg and Brabant in a field known locally as 'Tienbunder' (ten acres). Even though it already froze during the nights, the airfields dirt track was completed on the evening of 13 September. The first three test landings (by a Typhoon) on the 14th were successful, but the decision was made to lay out SMT and build a perimeter track from the following morning. As a result, the airfield was not completed until the evening of Saturday 16 September, just in time for Operation Market Garden.

The airfield, codenamed B-66, was to be used by the Canadian 39th Reconnaissance Wing. It had a very short operational 'carreer', as rain made the field one large muddy pool. Applying PSP had little or no effect and as there were no hangars, mechanics had to perform maintenance in the open air in the middle of winter. A Dakota (C-47) that was to have brought tents and the luggage of the pilots never arrived and was listed as 'missing' on 21 Sep 1944. As a result, officers and crews of the wing were quartered with families in the Diest area. 6168 Servicing Echelon, a unit specialised in retrieving and repairing crash landed aircraft, began using the airfield as their base from 21 September.

On 4 October, the 3 squadrons (including 414Sqn) and 6168 Servicing Echelon left Assent/Blakenberg to operate from Eindhoven, which was both more comfortable and closer to the front. Blakenberg remained as an emergency airstrip, manned by a small contingent of Americans repairing the aircraft that were forced to land here, such as three 479FG P-51s that were short on fuel and landed on the airfield on 18 October 1944.
On 25 November 1944 a B-17G (42-40007 VP-M "Honey" of 381th Bomb Group, 533th Bomb Squadron) belly-landed here with heavy Flak damage, but as it was deemed beyond repair, it remained at the base. Over time it was slowly dismantled by the local population. 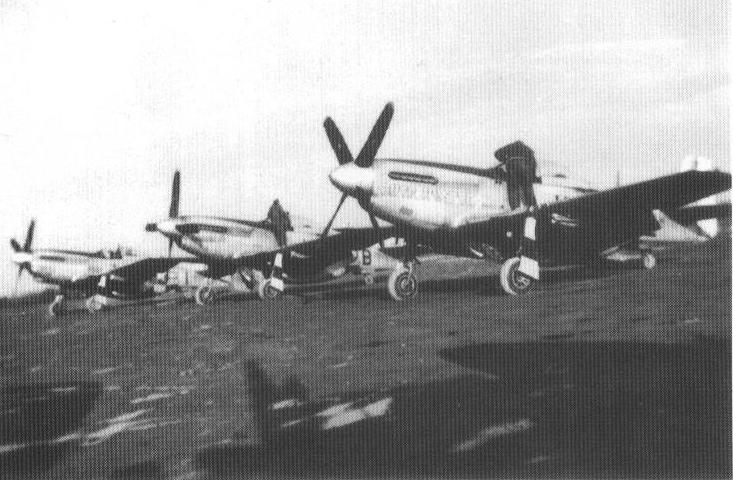 Thee P-51s parked at Blakenberg after having diverted due to being short on fuel (forum.armyairforces.com) 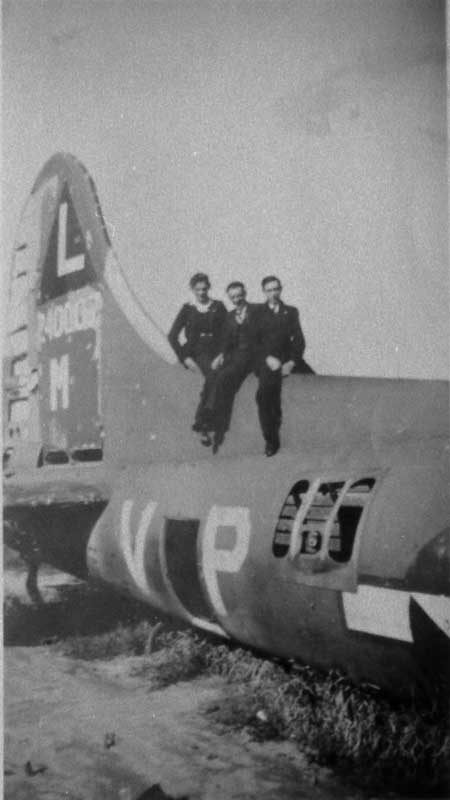 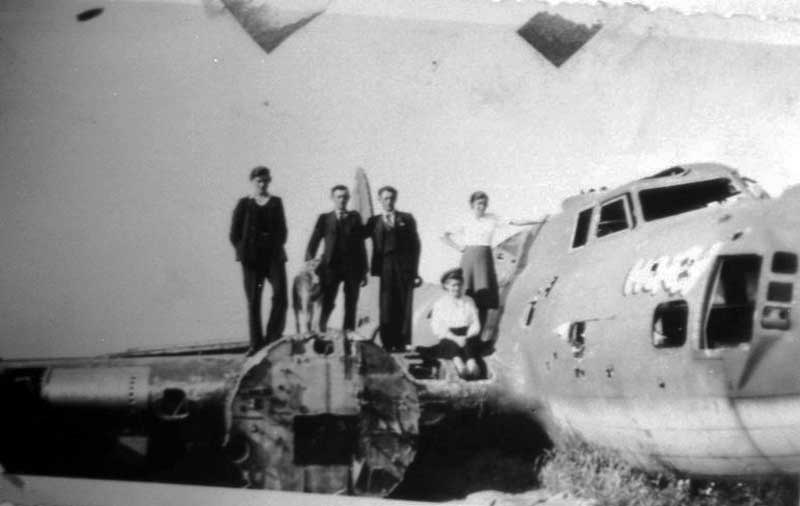 The same three men with two women and a shepherd dog on the starboard wing of B-17G 42-40007 VP-M "Honey". Judging from the amount of damage done to 'Honey, the well-treaded soil, tall grass and the summer clothes of both women, the photo was taken the summer following Honey's belly-landing at Blakenberg: 1945 (Aircraft Crashes Belgium).

After the war the airfield was cleaned and returned to the local farmers. Possibly because of its short operational carreer it is very hard to find more information about this airfield.

Overview of the approximate area (in red) in 2007.

Many thanks to Maurice Bruyndonckx for pointing out this airfield and to Mrs Brenda Johnson for offering me to snoop in a wonderful treasure: the diary of her father, Eric R. Huggard (1919-2011).