Breighton air field (RAF Breighton, ICAO: EGBR) was an airfield 260 kilometers north of London.
Work on this bomber station started late in 1940 and took just over a year to complete. It received hardened runways, the main (09/27) being 1,600 yards and the two others (04/22 and 17/35) were 1,100 yards. Because of constraints in the terrain the airfield had a feature unique for a Bomber Command airfield: the runways all intersected at the same point, producing a star instead of a triangle. The airfield featured 24 parkings.
The technical site was on the south-west side between runways 04 and 09, and the bomb stores were on the south-east side, north of runway 35. In total, the airfield had housing provisions for a maximum of 1,425 personnel. The airfield opened as a satelllite for RAF Holme-on-Spalding-Moor.
In January 1942 460 Sqn (RAAF) arrived. The squadron flew its first operational sorties in March 1942, when aircraft participated on a raid on Emden. Over the next six months, the squadron took part in 61 operations, but lost 29 Wellingtons, the highest percentage of all Bomber Command Wellington squadrons. 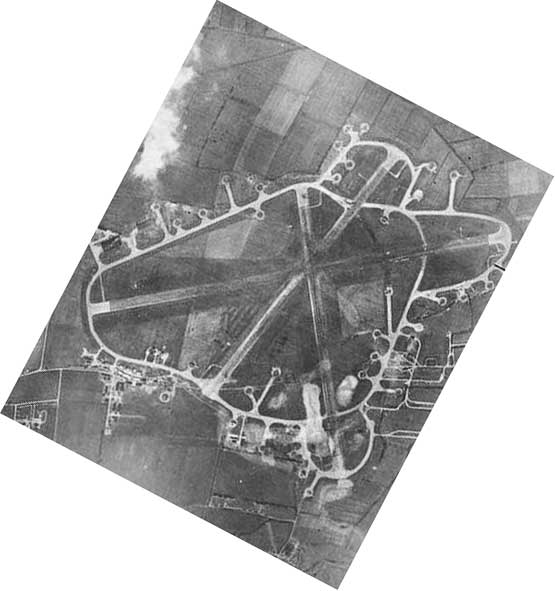 RAF Breighton, sometime after the runways were extended in 1942 (ancestry.com). 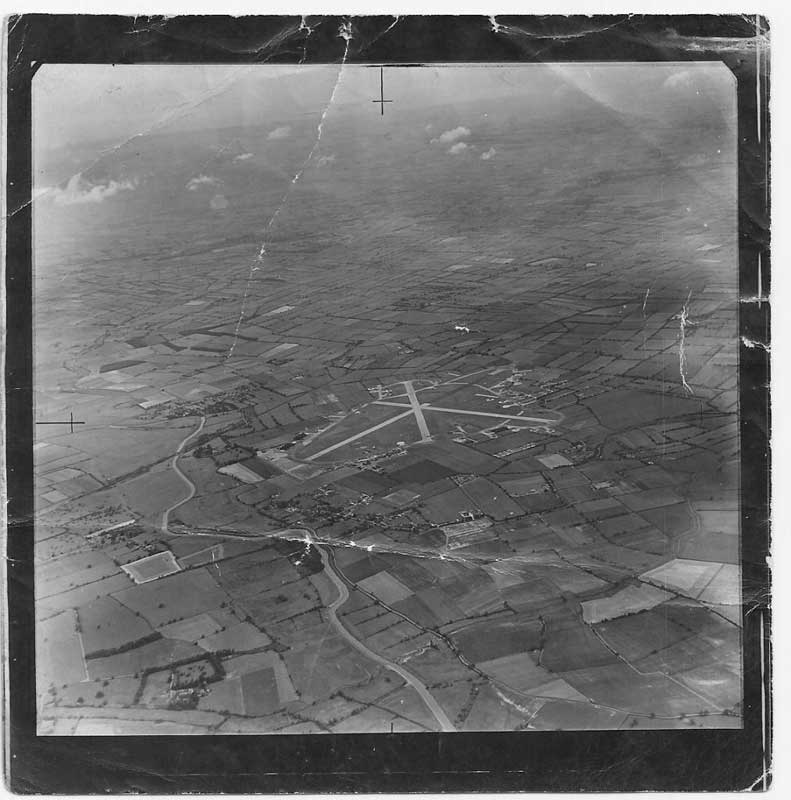 While operations continued in 1942, all three runways were lengthened; the main to 1,950 yards and 1,400 yards for the others. By extending the perimeter track to the new runway ends, several parkings had to be removed and although new ones were built, the airfield total was still only 34.
The same year, 460 Sqn converted into a Lancaster formation. They returned to operations in November 1942 until they were moved to RAF Binbrook in May 1943. Breighton was then transfered to 4 Group, which brought 78 Sqn to the airfield with Halifax bombers. 78 Sqn transferred to a transport role the day before VE-Day and remained at the airfield until September 1945. They had converted to Dakotas/C-47 Skytrains in early July. The squadron moved out to the Middle East in September and subsequently Breighton was put on care and maintenance. The airfield was taken over by a maintenance unit which collected and stored bombs on the runways.
During its use by Bomber Command 169 aircraft despatched on operations from Breighton failed to return or crashed in the UK. 460 Sqn lost 44 bombers, but 78 Sqn lost a staggering 125.

The RAF withdrew from the airfield in 1947 and the airfield was neglected. In the 1950s it was selected to become a Thor missile site. Launch pads were constructed on the west side of the airfield and operated by No. 240 Squadron from July 1959 until the beginning of 1963. Between 1960-1964 a Bloodhound surface-to-air missile site was also positioned on the airfield under No. 112 Squadron. On the Breighton airfield website Alan Kershaw (ex-Chief Technician, RAF) remembered his days at Breighton with 112 Squadron:
"The local people were very interested in what we were up to and it didn't take them long to work out which of our Bloodhounds had nuclear warheads. They reckoned that they were the ones with the scarlet nosecones!. We didn't disillusion them - we weren't allowed to talk about it. In fact the scarlet nosecones (which we called 'Noddy Caps') were simply electromagnetic radiation covers that we used to protect the electronics when the missiles were disconnected from the electronic protection circuits during removal, transportation and reloading! (...) We never had any contact with the Sqn next door although our task was to defend them. They were Bomber Command and we were Fighter and anyway, their missiles were American, ours were British! The runways were never used by planes, only as a road from one end of the Sqn to the other. It was an interesting time and we were sorry when we had to disband when the Thors returned to the USA."
The RAF finally withdrew in 1965 and the airfield was returned to agriculture. The technical site was taken over for light industry as were two T2 hangars.

Flying recommenced in the early 1980s, using a section of the perimeter track on the southwest side of the former airbase. The Real Aeroplane Company now operates a flying club from new hangars and offices near the old technical site. Agricultural buildings have since been erected on parts of the runways, as have light industrial businesses. From the air the former airfield is still recognisable. 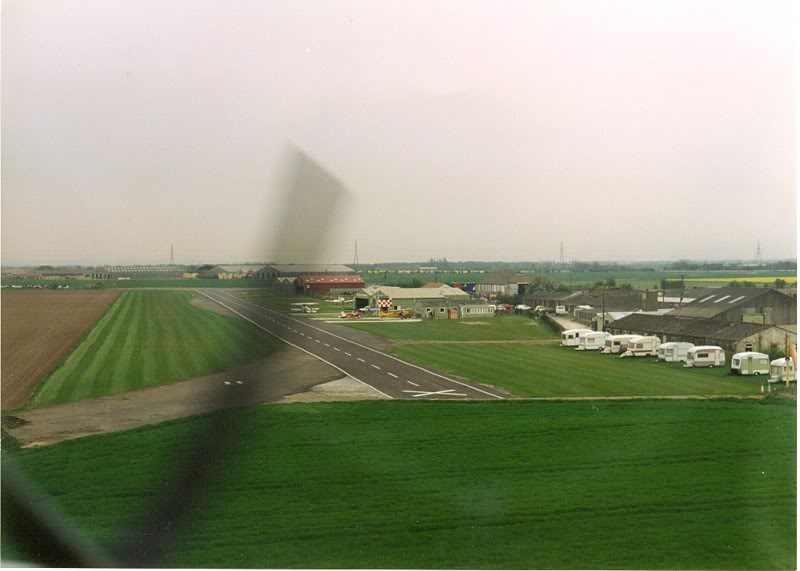 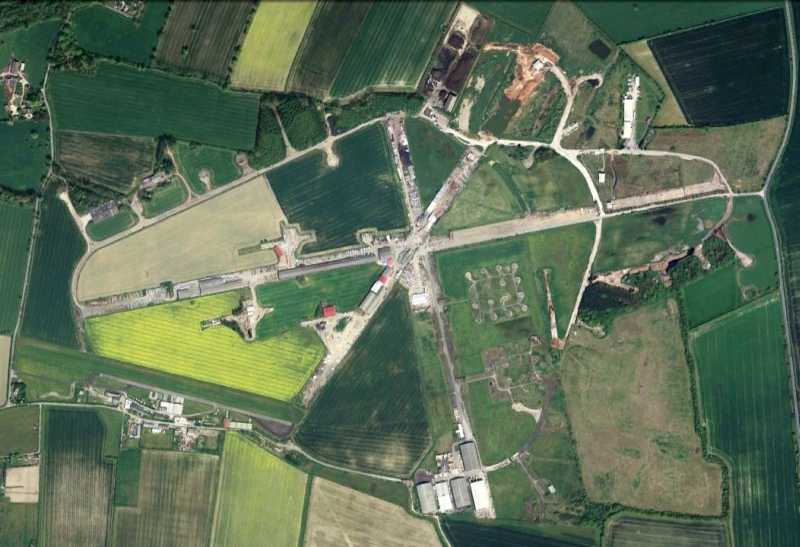 Breighton airfield in 2007. The current civilian airfield is on the lower left (Google Earth)

Note: this airfield was described earlier, using information supplied on the RAF website. Due to a 3rd party copyright claim, the part between 1940 and 1945 was rewritten, omitting certain information on units and dates.
contact us about this airfield