Air field Brindisi-San Vito dei Normanni (Italian: Aerodroma San Vito dei Normanni, also known as Aerodroma Brindisi (before 1933), Campo d'Aviazione di S.Vito dei Normanni, aeroporto de San Vito and San Vito Air Base) was an airfield 5.5 miles (9 kilometers) west of Brindisi, Italy.
The airfield was built just before the outbreak of World War I in 1912 as a base for military dirigibles (airships). From 1914 it served as a repair and maintenance facility for seaplanes of the Royal Italian Navy (Italian: Regia Marina Militare) at nearby Brindisi Idorscalo. After Brindisi was bombed by Austro-Hongarians in 1916 in retaliation for the bombing of Durres it became the base tasked with the defense of Brindisi. 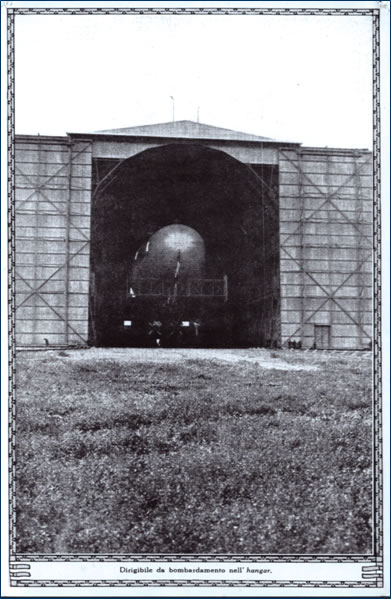 A dirigible bomber in its hangar in March 1918 (funzioniobiettivo.it).

Until the early 1930s San Vito served as the airport of Brindisi and carried the additional name of "Campo d'Aviazione di S.Vito dei Normanni". Although it had been a very active airfield in times of war, it was also very active as a civilian airfield. The Aero Espresso Italiana (AEI) airline, founded in 1923, operated sevices to Athens, Rhodes and Constantinople (Istanbul). Another airline, Sisa (SocietÃ  Italiana Servizi Aerei), operated a Brindisi-Durres-Zara service between 1925 and 1932. Sisa then merged with SANA, creating the airline Ala Littoria. A third airline, Sam (Società Aerea Meridionale), operated services to Flore from 1928.
The airfields name was changed into "Aeroporto di S.Vito dei Normanni" when the Idroscalo airfield got its land based airfield in 1933. It is not clear what happened at the airfield between 1933 and 1943.
In August 1943 USAAF believed the airfield was used as a transit for aircraft flying between Italy and Greece. In the second half of 1943 the airfield was taken over by the Allies as they advanced through southern Italy. By that time it had a roughly triangular landing area: 3000feet/1000meter from North to South, 2000feet/650meter on the north side and 1000feet/300meter on the south side. Aircraft were dispersed (parked) around the airfields perimeter. The airfield was evaluated for use by the USAAF, but so far I have been unable to trace its use by them. An indication may come from August 1943, when it was described by USAAF planners as: "Dangerous for heavy a/c Nov-May, Surface damp and u/s in winter."
The airfield featured two medium and a single small hangar on the southwest corner of the airfield. Around it were administrative buildings. More buildings were found on the east side of the airfield. During the survey the airfield was used by circa 37 small airfcraft.
After the war the airfield was shutdown. 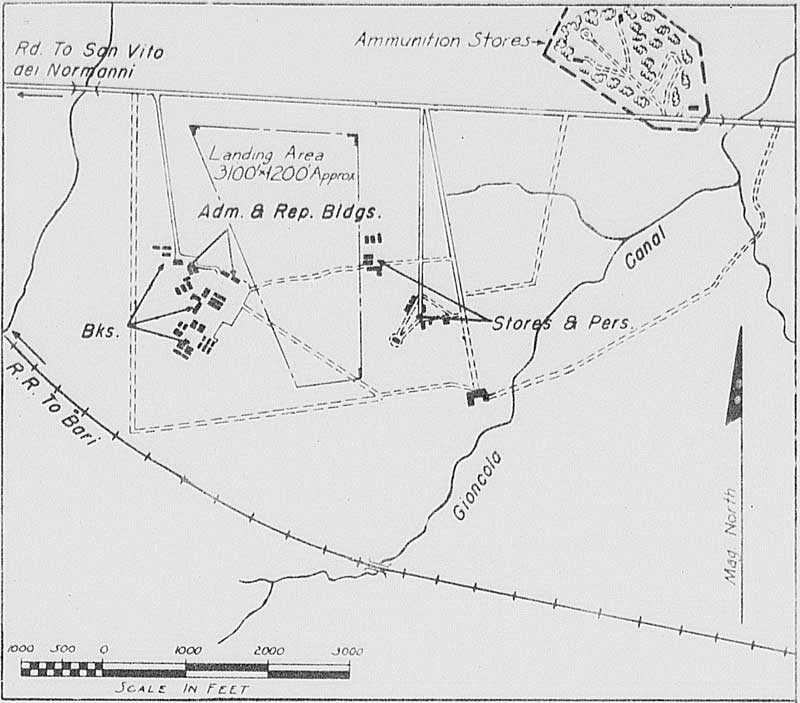 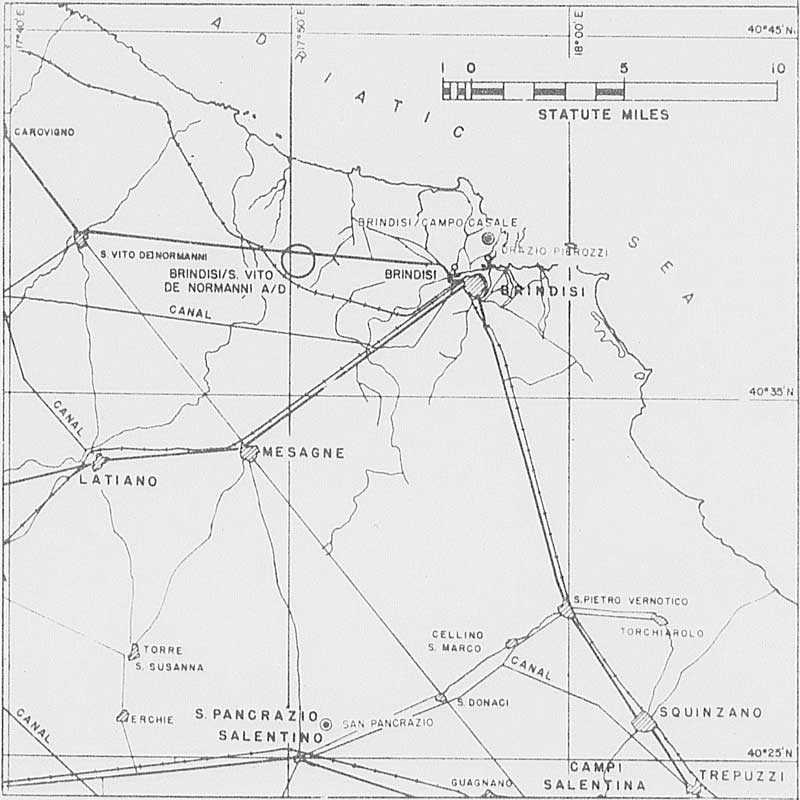 1943 map of S. Vito dei Normanni and its immediate surroundings. Notice the relative distance to Brindisi-Idroscalo (USAAF/AFHRC, via Reid Waltman) 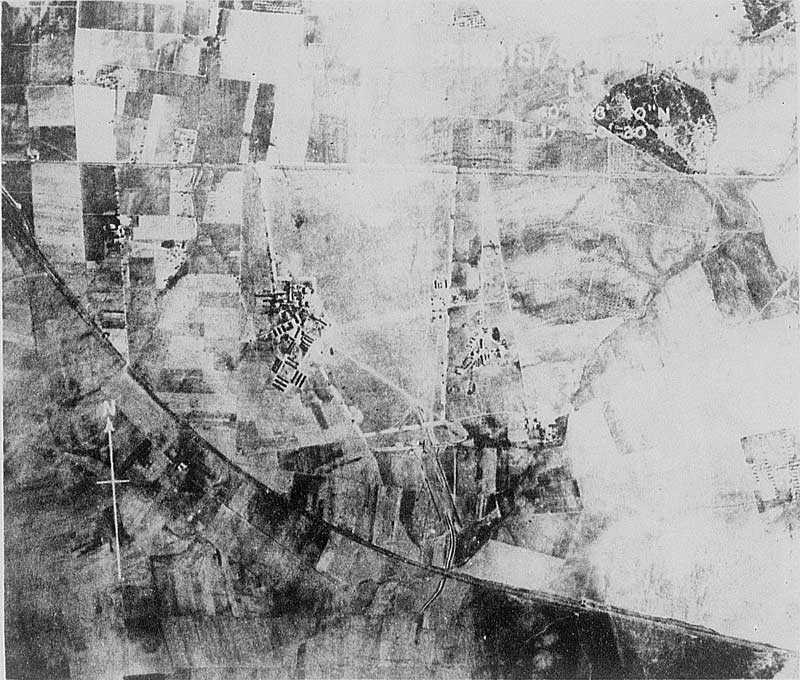 It took until 1960 before it was pressed back into use, this time by the USAF. It was not to receive any flying units though, instead it became home to 7275 Air Base Group and 6900 Security Wing, as an off base installation of Aviano Air Base. On 1 March 1961 it became a primary installation, operated by the USAF Security Service (USAFSS). Its landmark AN/FLR-9 COMINT radio antenna was built in 1964. In 1979 the unit was placed under command of the US 16th Air Force (USAFE). After the Cold War had ended, the bases mission was withdrawn in October 1994, and the facility went into caretaker status. Its listening devices were reactivated in 1999 during the Kosovo War though, but deactivated again in 2000. The station finally closed in 2001 at the final termination of Operation Deny Flight.
The facility became a contingency base, supervised by Commander USAFE. Most of the buildings were sealed with the exeption of a few buildings needed to maintain the facility. Its AN/FLR-9 antenna array (affectionately known as either 'the Collosseum' or 'the elephant cage') was disassembled. The base returned to Italian ownership in 2003 and has been abandoned since.
Although Wikipedia claims the facility is being used by the UN World Food Programme as a training facility, an article (Google translation) in the Italian Gazetta Del Mezzogiorno suggests 80% of the complex has laid abandoned ever since. 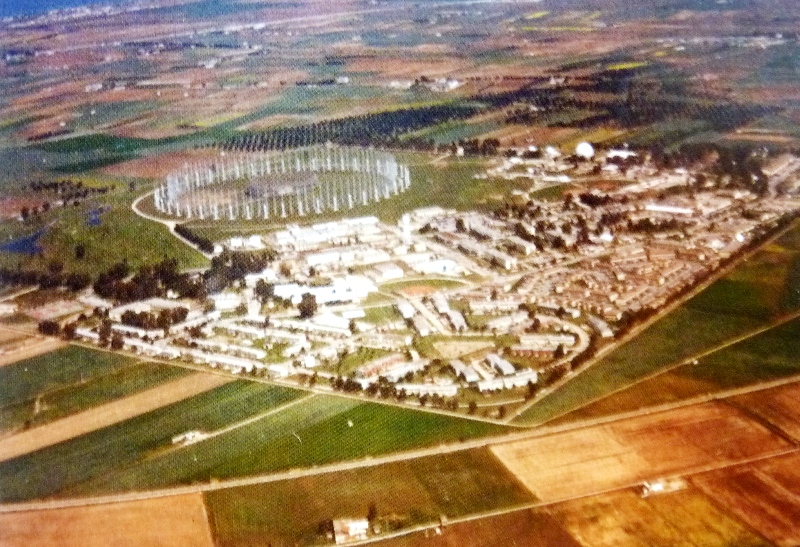 The USAF base at San Vito dei Normanni ca. 1990 (BrindisiReport.it). 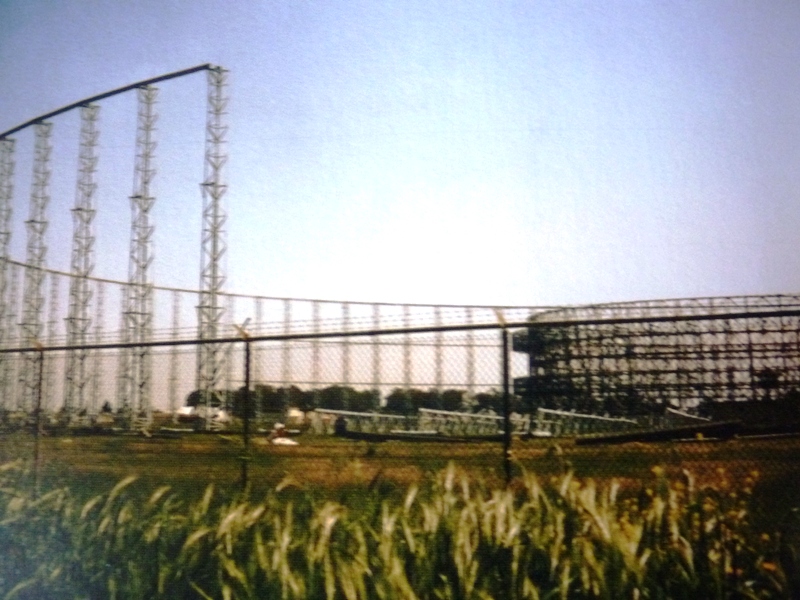 Disassembly of the AN/FLR-9 'Elephant cage' antenna array in 2002 (BrindisiReport.it).

If you want to know more about the Cold War units stationed at San Vito, visit the homepage of 600th ASA.