Calenzana airfield served as a reserve to other airfields in case crashes blocked their use or lack of space prevented parking. It was used by 242 Squadron of the RAF (equipped with Spitfires), who were stationned at Calenzana during June, July and August 1944, preparing for the invasion of the south of France. 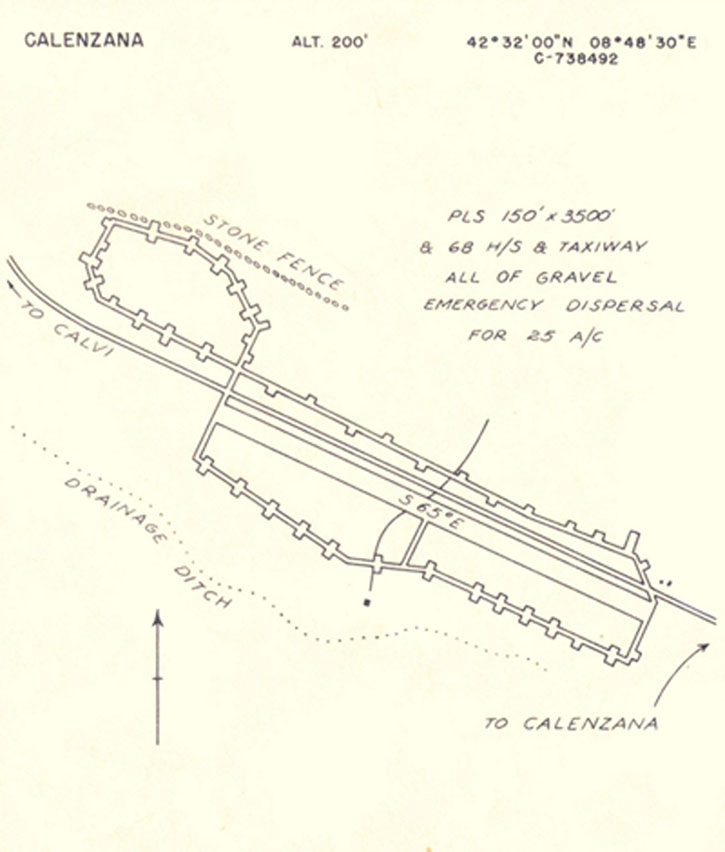 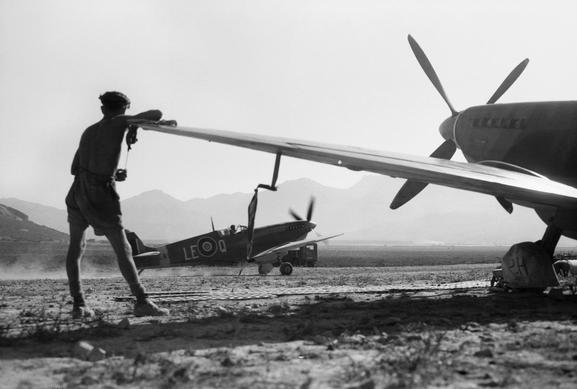 A Supermarine Spitfire Mark IX of No. 242 Squadron RAF taxies past another parked aircraft to a refuelling point at Calenzana, Corsica, after a patrol over the invasion beaches in southern France, 17 August 1944. (© IWM (CL 880)) 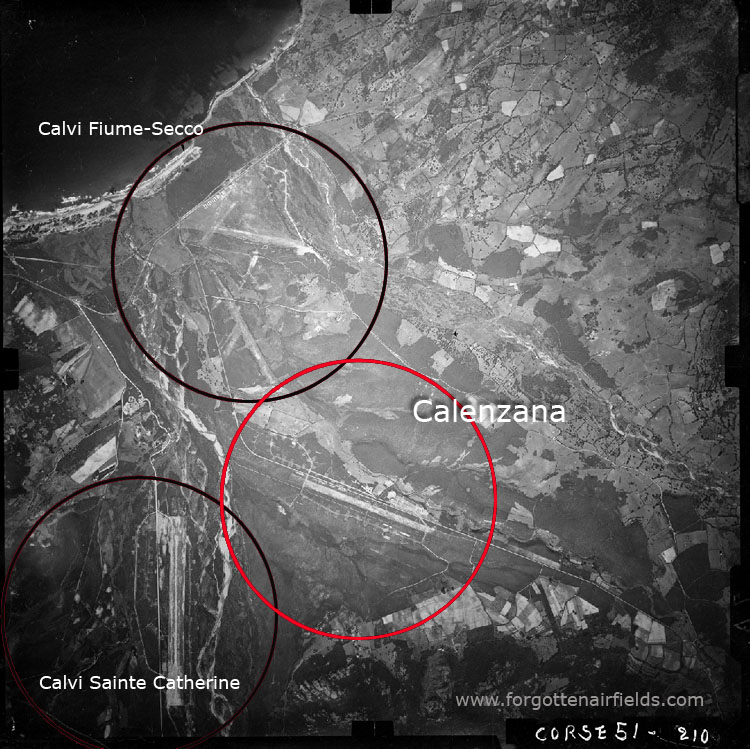 1951 - Aerial view of Calenzana. Note the proximity of the three airfields. (geoportail.fr)

Calenzana was abandoned when the airfield was no longer required for the war in southern France. The location of the runway is now an indistinguishable field east of Calvi airport and north of the village of Pietralba.