Dallachy airfield (Also known as RAF Dallachy) was an airfield 190 kilometers North of Edinburg, Scotland.
The airfield was built during 1942 into early 1943 and opened in March 1943 as 14 Pilot Advanced Flying Unit, flying Airspeed Oxfords. From September 1943 it got an operational role in 18 Group Coastal Command. 144 Sqn RAF, No. 404 Sqn RCAF and No. 455 Sqn RAAF began using the base, flying Bristol Beaufighters with distinction. In October 1944 they were joined by 489Sqn RNZAF, attacking enemy shipping on the west coast of Norway. On 9 February 1945 31 or 32 Beaufighters from Dallachy took part in a mission that became known as 'Black Friday'. They were to attack the last German destroyer (a naval vessel) hidden in a fjord in Norway. When their attack run began, they and their accompanying Mustangs were jumped on by a dozen of FW-190s. The aerial battle that followed was the largest ever fought over Norway and resulted in the loss of 9 Beaufighters (6 from 404 Sqn) and one Mustang on the Allied side, and 4 or 5 FW-190s on the Luftwaffe side. 14 Allied aircrew were killed and another four taken prisoner of war. The surviving Beaufighters, many of which were damaged, struggled to return to Dallachy. The losses suffered by the Dallachy Wing on 9 February were the highest any of Coastal Command's strike wings sustained in a single operation during the war. 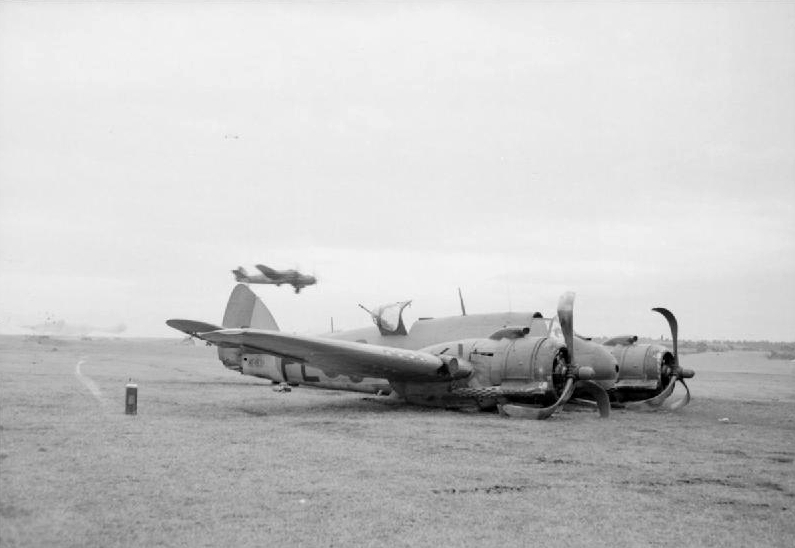 On 24 November 1945 the airfield was placed on care and maintenance. The buildings were later transferred to the Army as a training center until 1958. In the 1980s a part on the east side of the airfield was in use as a glider site.
Later a recycling plant was built on the runway at the far north corner of the field. The taxi track north of the 11/29 runway was converted into a local road.
The derelict control tower lies in a field approximately 400 metres northeast of the Strike Wing monument near the entrance to the former camp on the road from Fochabers to Spey Bay. The concrete runways, taxiways and perimeter road are still clearly visible, but are partly heavily overgrown. 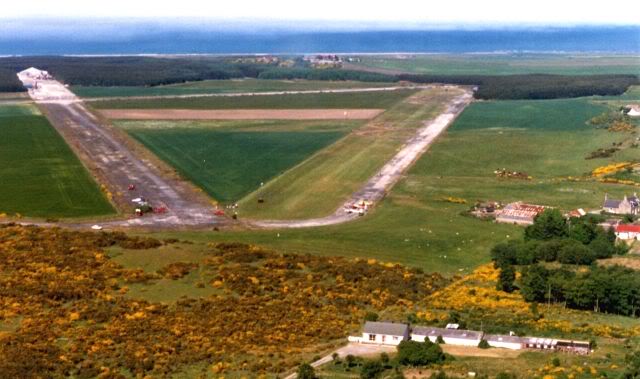 This was taken in 1987 from a glider shortly before landing on the grass strip to the right, which was originally alongside part of the perimeter. The main runways are the tarmac strip on the left, and the one which crosses it halfway along. It is a historic shot, because the gliding club is no longer based there, and a recycling plant has been built on the runway at the far right corner of the field.
(Anne Burgess, via geograph.org.uk, under an Attribution-ShareAlike 2.0 Generic licence). This waste recycling plant now occupies the eastern end of one of the main runways at the former RAF Dallachy airfield
(Anne Burgess, via geograph.org.uk, under an Attribution-ShareAlike 2.0 Generic licence). 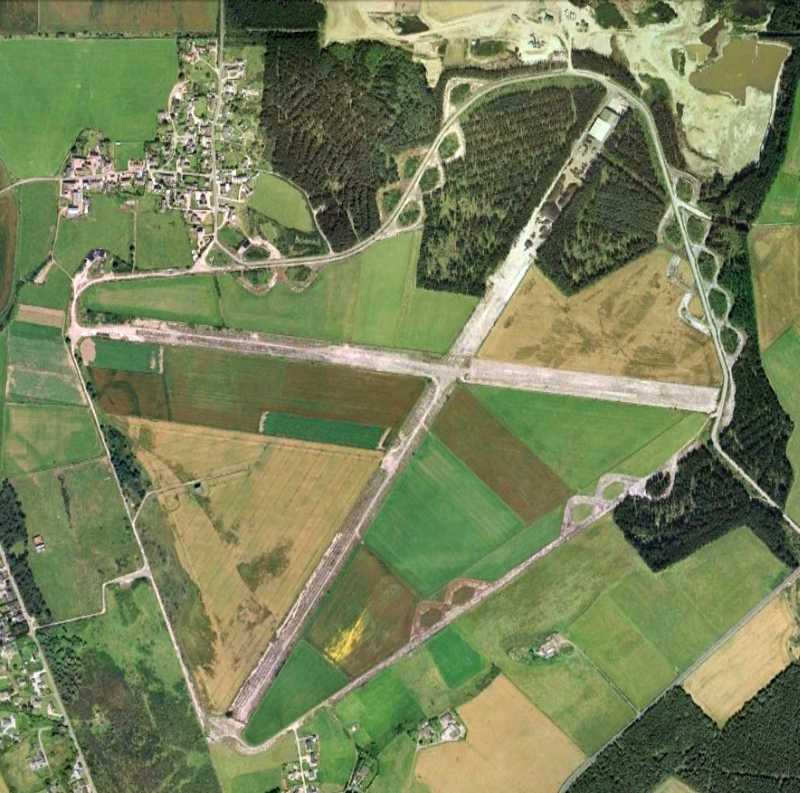