Air Base De Peel (Dutch: Vliegbasis "De Peel', ICAO: EHDP) was a 'reserve' or 'sleeping' NATO air base.
It was constructed in 1954 as part of a NATO masterplan in which the Netherlands Ministry of War was ordered to increase its number of air bases. It featured a main and a backup runway and two dispersal areas: Cluster West with two taxiways connecting to the runways and Cluster East with only one, both north of the runways, with a total of 23 dispersals. Upon handover to the Air Force, the airbase had cost the Dutch 3.380.000 guilders. Originally it had shorter (2440m) runways, those were upgraded to NATO standard by the addition of 150m overruns on each end, but only on the main runway to allow opereations with F-84Thunderstreaks. De Peel didn't have a control tower, air traffic control was exercised from one of the Local Control Bunkers near the end of each runway. 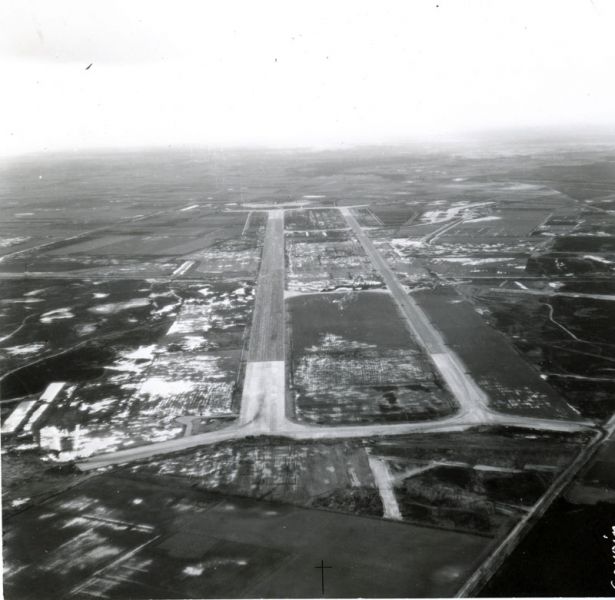 Upon completion, the new base was added to the command of Volkel Air Base. It was occasionally used by Volkel based units as a dispersal base, for which reason the main runway was lengthened. In 1960 two hangars (one per comlplex) were aded, as well as a helicopter platform. The early 60s also saw the addition of runway lighting, a staff building, a fire station and a command bunker. In addition to the dispersal task for Volkel, De Peel frequently also saw Canberras from RAF Laarbruch practise diversion exercises.

In September 1969 Volkel became home to 306 Sqn (photo reconnaissance) of the RNLAF, with De Peel as their home during exercises and wartime. From 1973 onwards hardened aircraft shelters (HAS) were built at the base using NATO funding. In 1978, Cluster East received its second track to the runway, which has been called the New Track ever since. 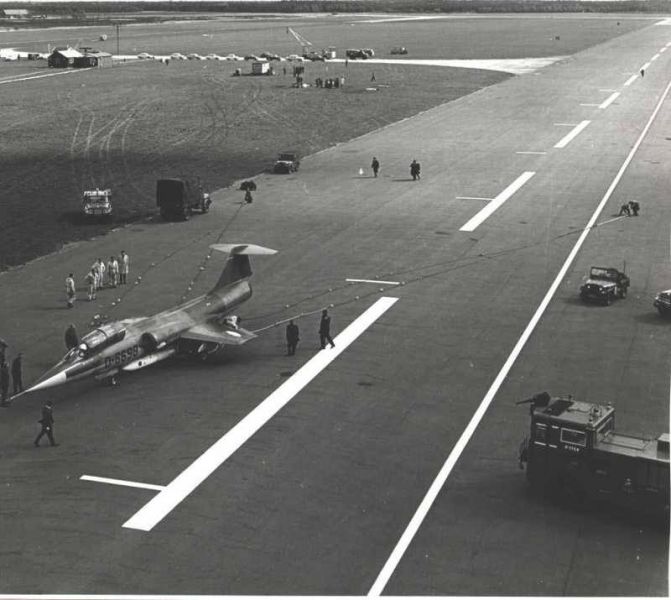 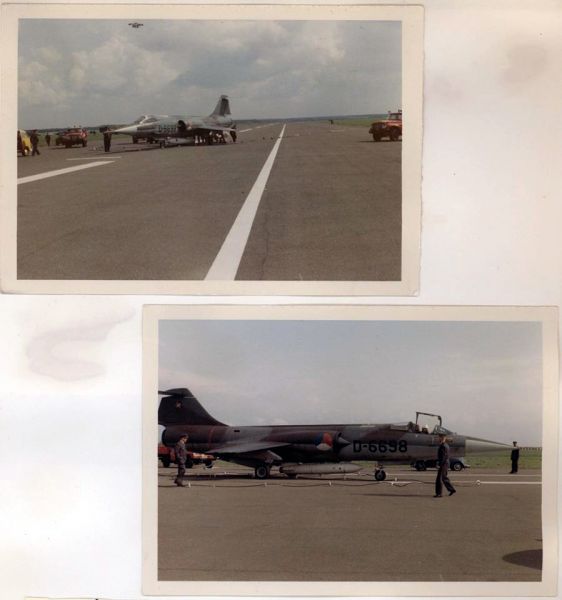 D-6698 during a barrier cable (type Safeland 2102 from Sweden) test at De Peel on 2 & 3 May 1967. Doubts had arisen on the possibility of the hook catching the arrestor cable when carrying a BDU-8 practice (or the live B43) device. It was feared that the cable would 'jump' up when the nosegear passed and wrap around the device, instead of going under and catching the hook. Clearly, this would have been a serious risk in a real world scenario. Test pilot was Capt. K.P. ten Hove. The 104 is otherwise clean, because of the Dash-1 advice to jettision external stores before the cable engagement (Colour photos: Kreuning, via Theo Stoelinga).

De Peel, seen from the southeast in January 1975 (NIMH) 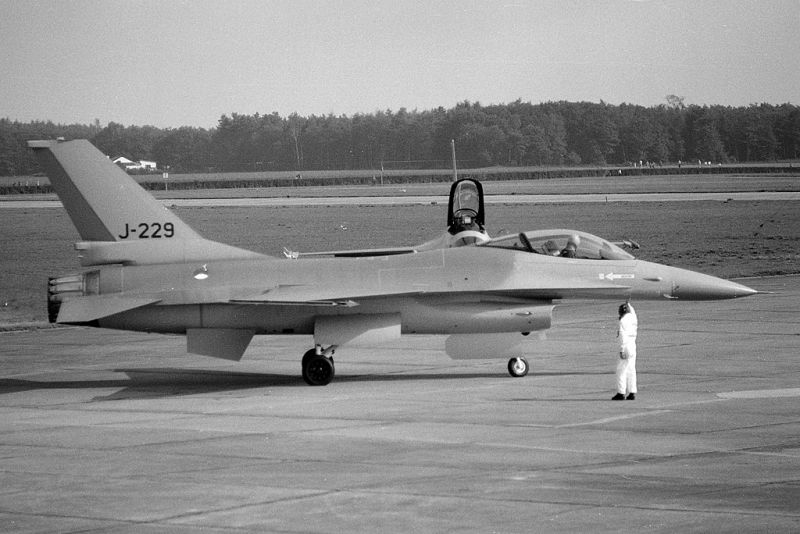 In September 1980 De Peel hosted its first (and only) Open Day, drawing 180,000 people to the base. Also, the airfield was assigned a Co-located OperatingBase role. Because of this, de Peel was to receive a number of larger shelters south of the runway to allow it to host American F-16 aircraft of the AFRES's 421st Tactical Fighter Squadron 'Black Widows'. The remote location of the airfield and a change in policy ultimately precluded this, however. By 1982 the runway had deteriorated to such an extent that flying operations were halted immediately and did not resume until after the runway had received maintenance in 1984 and the base reopened in 1985. Shortly after, the taxi tracks (still with the original surface!) required immediate attention, closing the airfield yet again. It reopened in 1987.

De Peel served as a reserve-location for 306Sqn until 1985. In 1993 the airbase stopped being an operational airfield. Instead, it became home of the RNLAF Guided Missile Groups (Dutch: Groep Geleide Wapens, or GGW) that were withdrawn from Germany. The GGWs were reorganised to form the Group Guided Missiles NL (GGW-NL) or Group Guided Missiles De Peel (GGW De Peel).
As of 2012 the base is a joint Air Force/Army barracks under Army command called the Luitenant-generaal Bestkazerne.

Although now under Army command, the air base still has a reserve status and still has a fully maintained runway.
On the runway a number of helicopter landing marks are set out. For practice attacks by fighter aircraft the environmental exclusion zone around the airbase still allows for a set number of air movements. 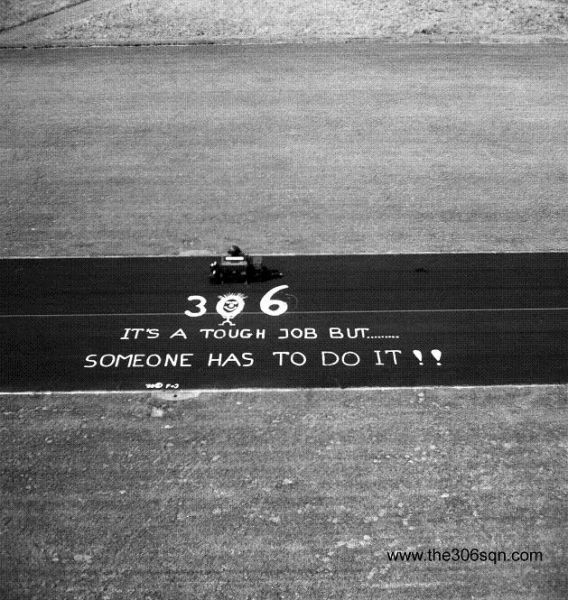 Resident SHORAD-unit at De Peel saluting 306Sqn from the main runway in 1988 (the306sqn.com) 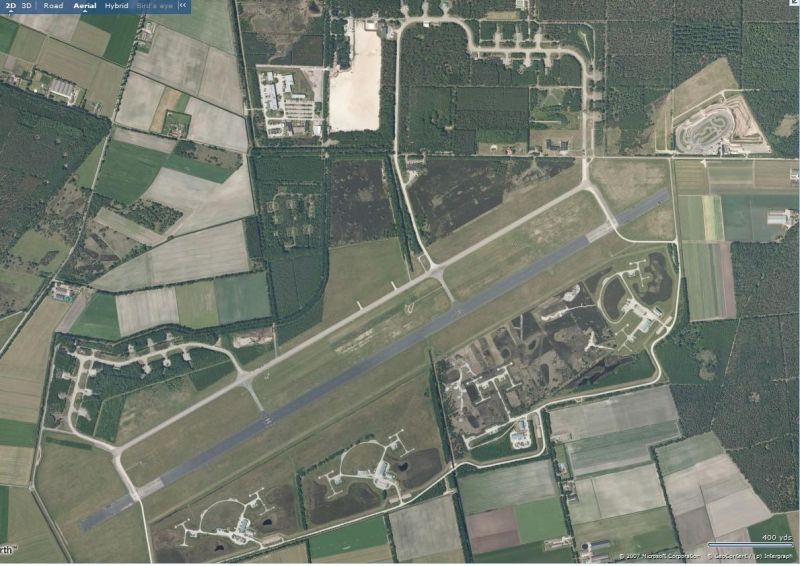 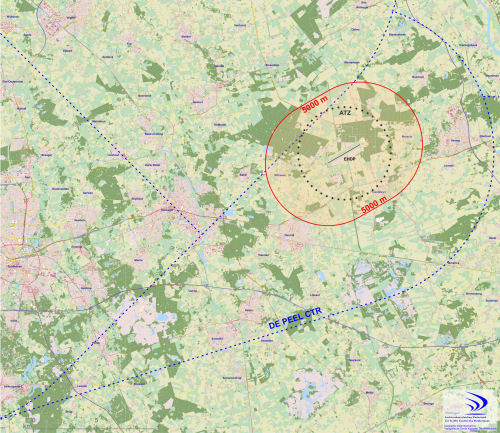 De Peel CTR in 2009, with the red lines showing the area where cable balloons are not permitted so air traffic is not hindered while approaching Air Base De Peel.

In June 2019, the Dutch MoD announced her plans to reactivate De Peel Air Base for air traffic. Although the base had been closed for decades, the Defense Ministry said it needed more room. As there was more money for exercises available, Defense wanted to hold on to their expansion possibilities. Additionally, the government believed the international seciurity situation justified this plan. Defensie would have to act now, as flying from De Peel would become impossible post-2021. Reactivation of De Peel as an airbase was planned beyond 1 November 2021. Investments in the base would not occur until then. Environmental zoning (mainly aircraft/jet noise) would remain unchanged, but it would be necessary to allow 3 annual basing exercises with F-16s, as well as regular exercises with helicopters out of Gilze-Rijen. 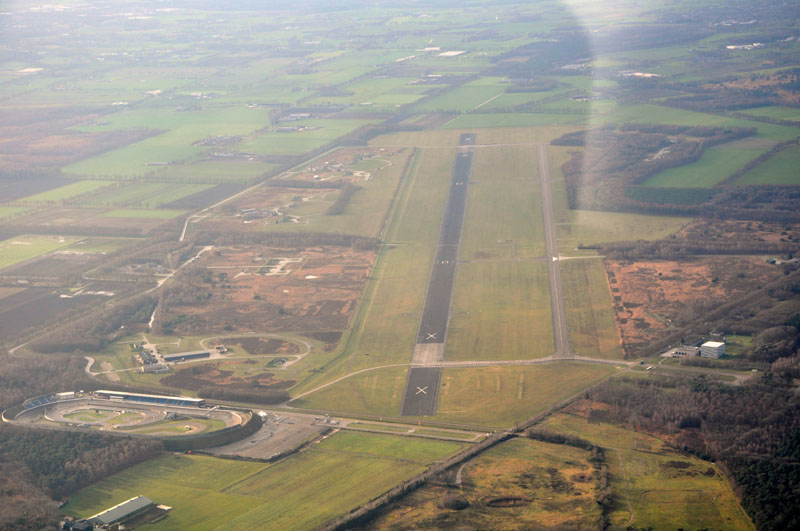 Trivia:
- De Peel was built as part of a NATO masterplan in which the Netherlands MoD (back then still called the War Department, or Ministry of War) was ordered to have 21 air bases. The Netherlands negotiated this down to 13, all of which had to be ready by 1956.
- In October 1954 the first aircraft landed, albeit unofficially. It was a DC-3 piloted by HRH Prince Bernhard. He had to divert from his original destination Maastricht because of bad weather. The Prince continued his travel in the old Volkswagen of the project lead, the driver holding the Prince's flag out the window while driving. Formal opening of the Air Base was not held until 25 November 1954, when two 334 Squadron Dakota's from Valkenburg (ZU-8 and ZU-17) landed at the airfield. Construction was still not finished however, so the airbase was not commissioned by the RNLAF until 1957.
- Although situated on the border of the provinces of Noord-Brabant and Limburg, it's gate is in Limburg, and therefore it was formally considered a Limburg air base.