Edzell airfield (RAF Edzell) was an airfield 100 kilometers north-northeast of Edinburgh. The airfield was opened in the 1930s as a civilian airfield on what had been a military airfield during World War I. 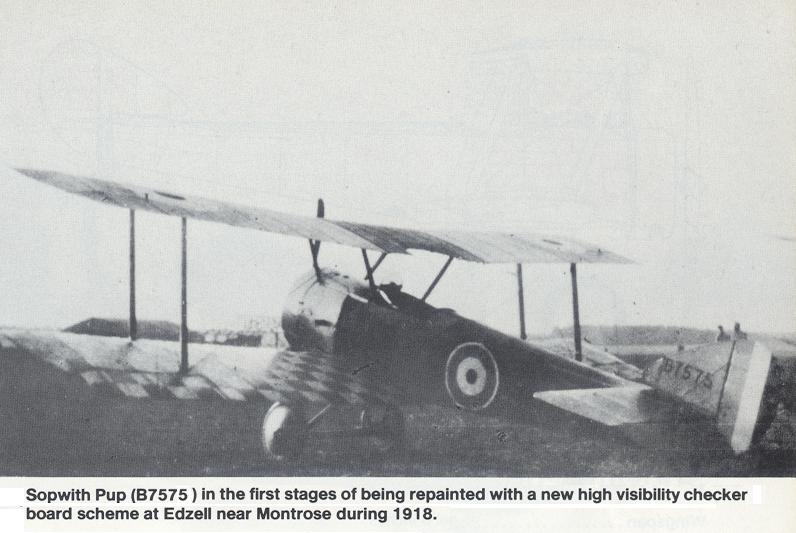 The airfield returned to RAF service as RAF Edzell in 1940. Although it featured only 2 runways instead of the usual three, it did feature a lot of large hangars. The airfield served as an aircraft maintenance facility and by the end of the war it held some 800 aircraft in reserve. 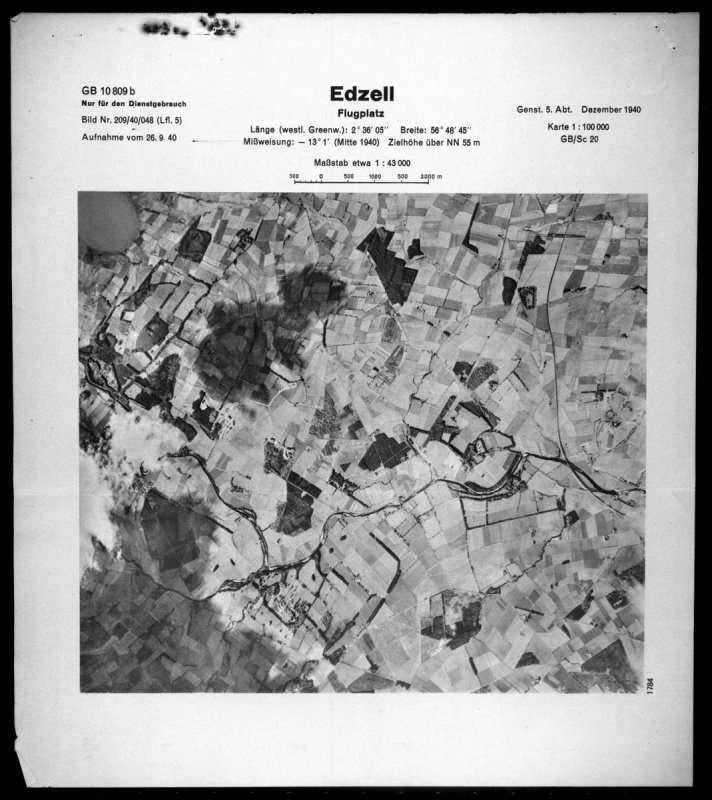 RAF Edzell (slightly left of center, south of the shade made by a cloud) was photographed by the Luftwaffe in 1940, when the station did have hangars, but no runways (Luftwaffe, via RCAHMS).

In the early 1950's the base housed a small detachment of USAF members of the 10th. Radio Squadron Mobile out of RAF Chicksands near Bedford, England. According to a source on Wikipedia, in 1954 the airfield was still packed full of Lancaster & Lincoln Bombers that had returned to the UK from one of the last bombing attacks on Germany. The aircraft had been diverted to Edzell as the East Coast of England was covered in a blanket of fog.
The aircrews were given a rail ticket back to their base, along with an RAF packed lunch! At that point in time, many of the Aircrew involved were actually returning to Edzell to visit their aircraft! To the source, an ATC cadet from South Devon attending annual camp, the parked aircraft were fascinating. The additional information came from their "briefing" shortly after arriving.
In the late 1950s the site was used as a motor racing circuit, however only few races were held before the airfield reopened. One of the last sports car races on the circuit was won by the future double World GP Champion Jim Clark. The last motor racing meeting at Edzell took place on Saturday, 20 June 1959.

In 1960, RAF Edzell was leased to the United States Navy to house a Naval Security Group Activity (NSGA) during the Cold War. The US Naval Security Group Oceanographic Monitoring Station monitored the North Sea, British coast line and the European continent, listening for radio transmissions from the Soviet Union and its allies. RAF Edzell was part of a network of sixteen high frequency direction finder (HFDF) facilities located around the world that monitored the electromagnetic spectrum from 2 to 32 MegaHertz. Up to 3,000 personnel were said to have been stationed at RAF Edzell. The end of the Cold War and advances in technology had made the HF network obsolete, and the base closed in October 1997. By that time, staffing levels had fallen to 300 local and 700 military personnel. The closure marked the end of 37 years of US Navy operations and 85 years of RAF service. 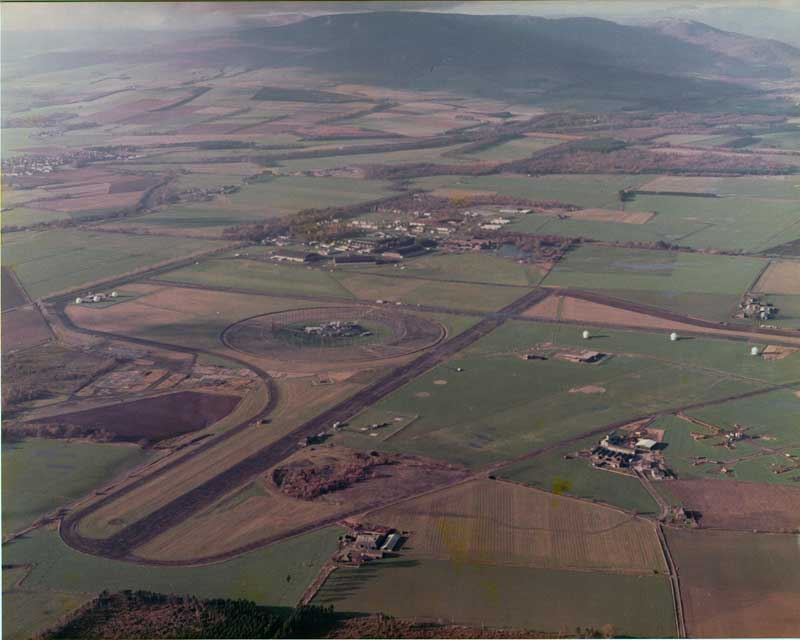 Overview of the entire RAF Edzell airfield from the east, mid 1980s 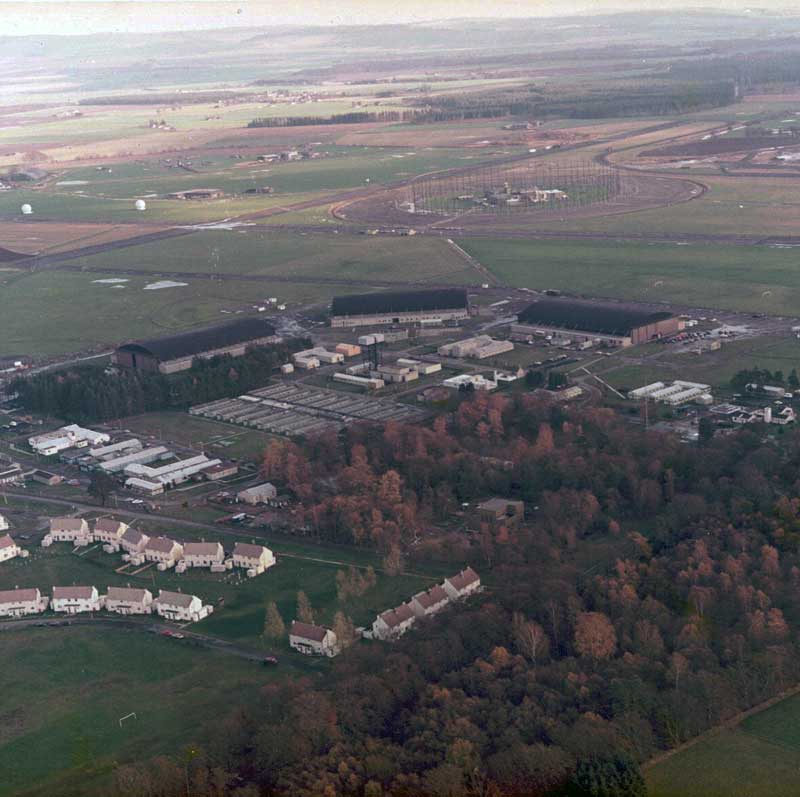 RAF Edzell viewed from the east, ca 1990. Notice that large white X marks have been painted on the runway tresholds and a Sea Bee camp was built halfway along the 14/32 runway (rememberingrafedzell.ning.com). 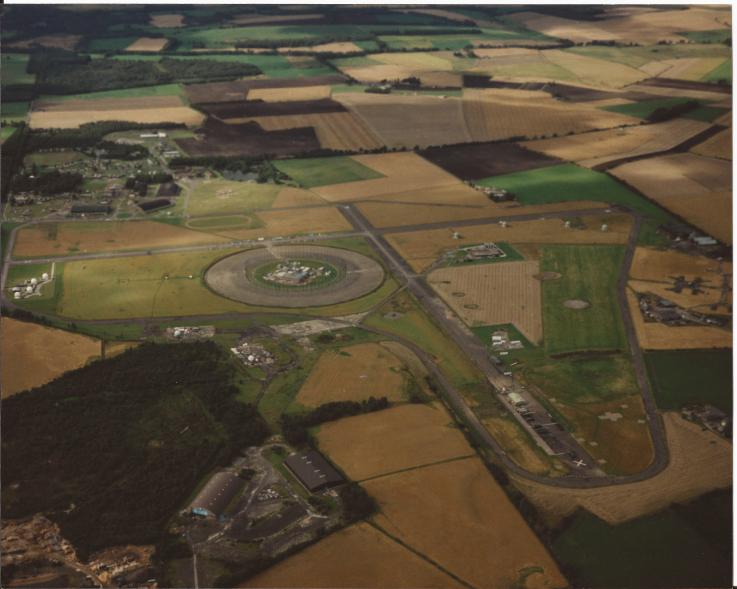 RAF Edzell viewed from the south, mid 1990s. A 'Classic Owl' communications detachment had set up on the south side of the 14/32 runway. (rememberingrafedzell.ning.com). 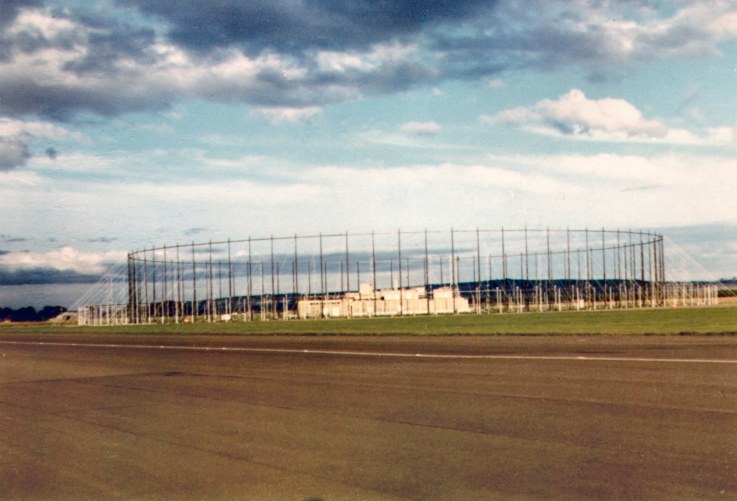 The Edzell antenna array before it was taken down in the late 1990s (rememberingrafedzell.ning.com).

15 years on the airbase still exists much as the US Navy left it. Only the large antenna array was removed. Early in 2012 plans were announced to convert the former airfield into a community of up to 1,000 homes over a 10-15 year period. Dubbed Newesk and costing £250m, this would incorporate a new primary school, community hall and shops. If approved, the scheme would be built in stages through to 2027, providing a lot of employment for the region that suffered hard when the US NAvy left the base. 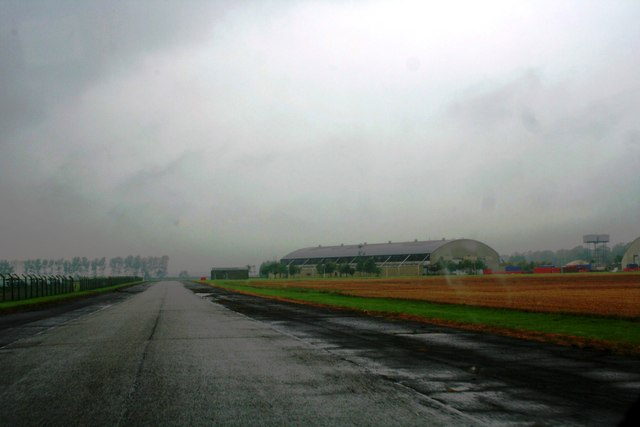 A long disused aircraft taxiway, from the runway to the hangars on the right. The old RAF Edzell base, long used by the US Navy, has been returned to civilian use after use as fighter base and a radar centre. © Copyright Andrew Wood and licensed for reuse under this Creative Commons Licence. 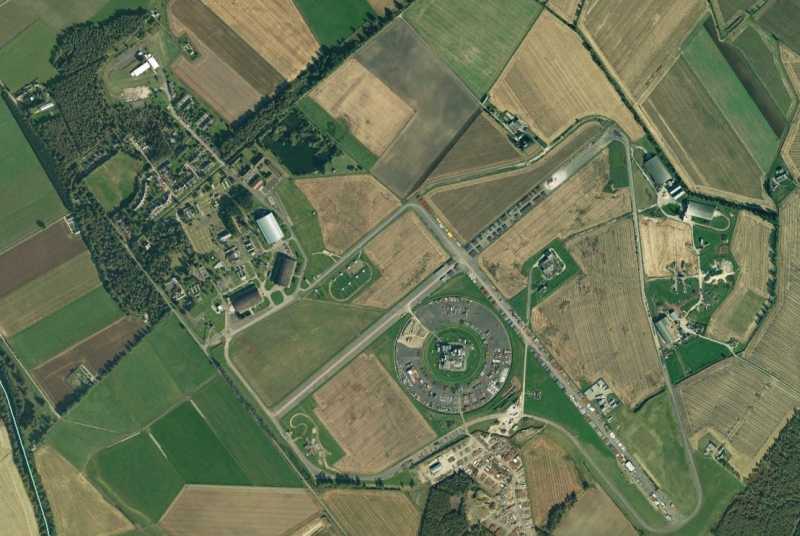 The remains of the former airfield in 2008 (Google Earth)