Elgin airfield (RAF Elgin, also known as Bogs O'Mayne or Miltonduff airfield) was an airfield 190 kilometers north of Edinburg.
The airfield was built as a satellite to RAF Lossiemouth and was completed in June 1940. Having been built early in the war, it had no hardened runways. It did have all the facilities and dispersed sites of a normal RAF airfield. 20 parkings were spaced around the perimeter track, some connected, others simply grass circles. As soon as it was completed, the field was blocked by the Royal Engineers because under the threat of a German invasion it might attract enemy landings. When 20 OTU (Operational Training Unit) at RAF Lossiemouth expanded, the airfield was cleared again. The airfield became available on 30 June 1940.
The airfield was mainly used by Wellington bombers of 20 OTU. 57 Sqn Blenheims, Whitleys, XVII and 232 Sqn Hurricanes, Lysanders and Oxfords are also known to have used the airfield however. 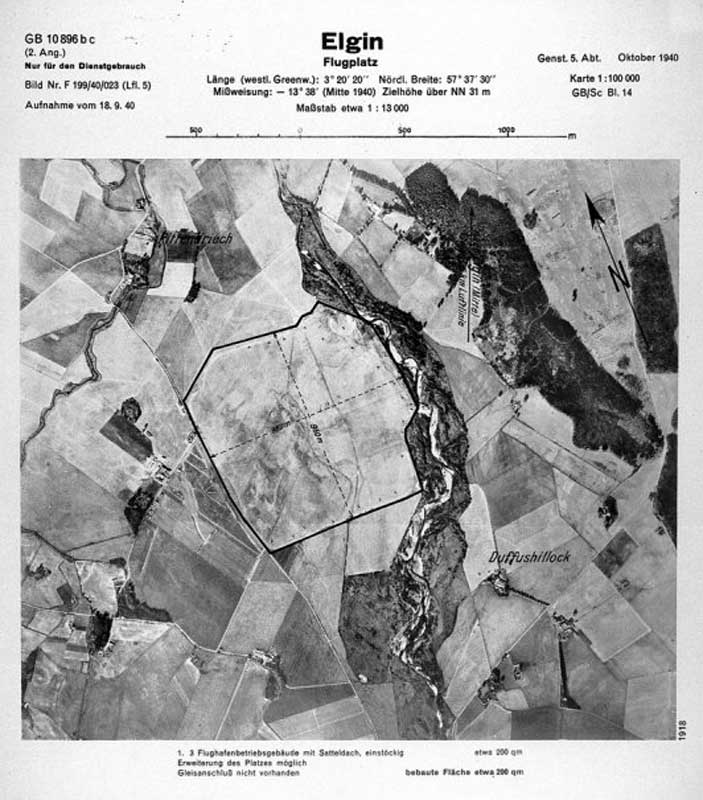 The airfield was used to store surplus aircraft from 1945 and was closed in 1947. Although the grounds were largely returned to agricultural use, some remains of its buildings can still be found along Pluscarden Road, west of the former airfield. A fairly large memorial was built direcly opposite those buildings. 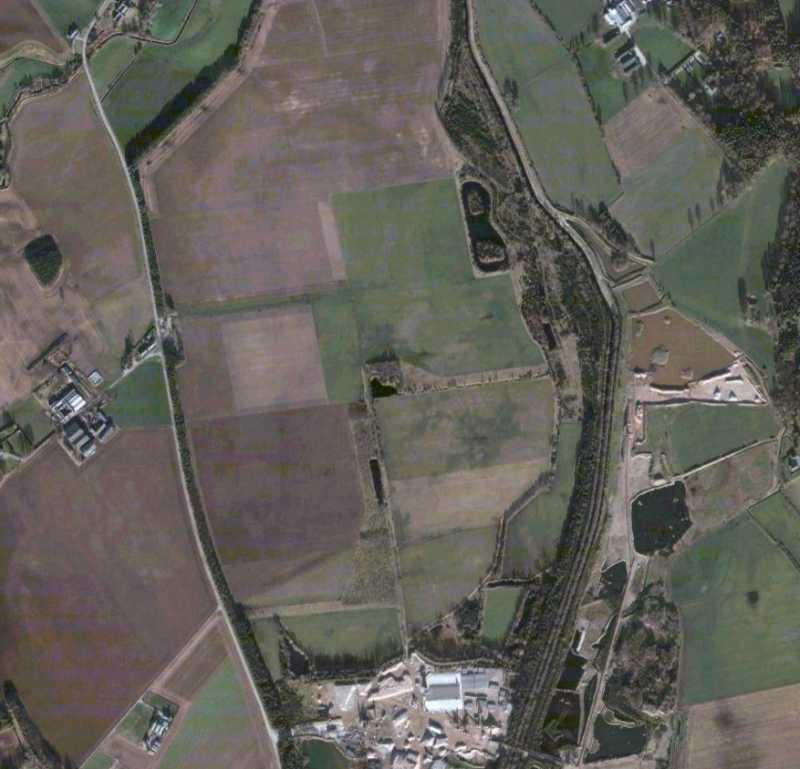