Air field Eutingen (German: Flugplatz Eutingen) is a small airfield neat Eutingen in Baden-Wurttemberg.
In 1943 it served as a flying school for the Luftwaffe, operating Bücker-Bestmann 181 side-by-side and Arado96 tandem seat trainers and dual engined FW 58 Weihe. At the time, accoring to Fritz Didszun (a pilot that learned to fly there in 1943), the airfield was "an outlying field with runway, hangars and barracks".

The airfield was closed after the war, but in 1956 part of the old millitary airfield became a sports/glider air field. The remainder became farmland.

From the air nothing remains of the former Fliegerhorst if you do not know what to look for. From a fairly great heigth (such software like Google Earth) it is possible to see a diversion in de Stuttgarter Strasse to the south, that diverts back to the original road a little further. Just nort of the current airfield DHL built a new distribution complex, at wat was possibly the braacks of the World War 2 airfield 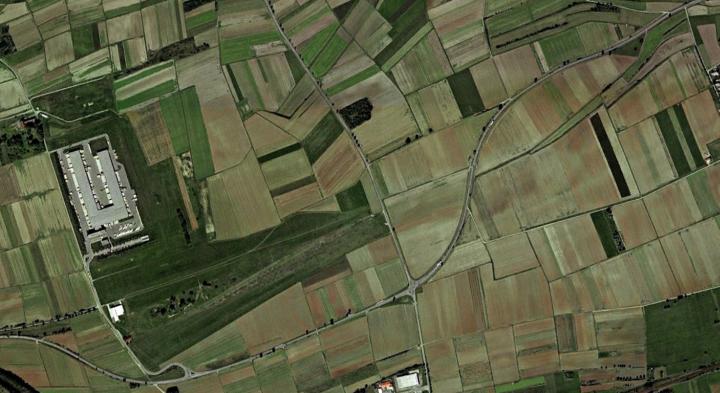 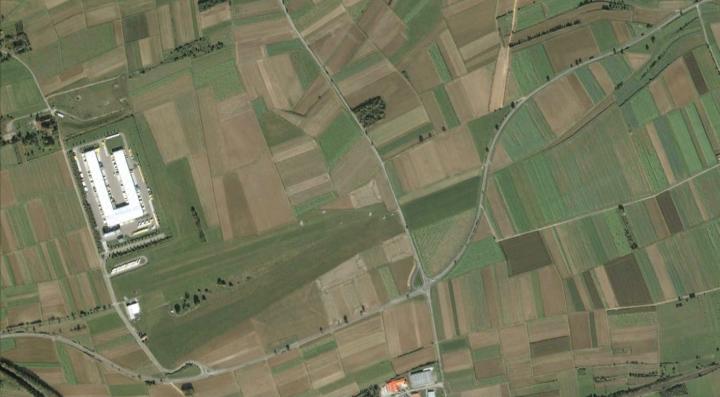 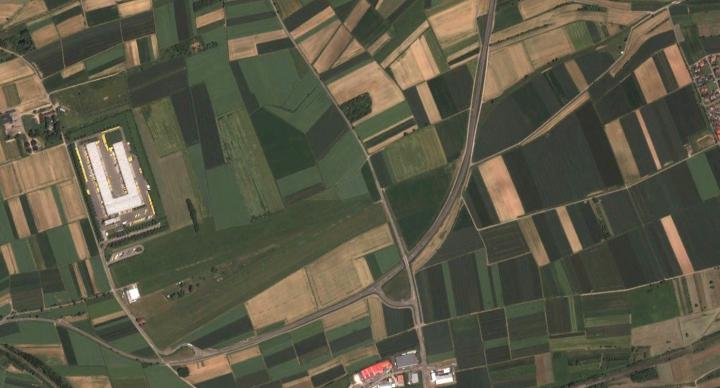