Fearn airfield (Also known as Balintore airfield, RAF Fearn, RNAS Fearn or HMS 'Owl') was an airfield 35 kilometers north-northeast of Inverness in the north of Scotland.
The airfield was built in 1941 as RAF Fearn intended as a satellite to RAF Tain, but officially it did not open until after it was taken over and altered by the Royal Navy on 15 july 1942.Although the RAF 'delivered' the airfield with a functional control tower, it appearantly was not up to the RN standard. The RAF single storey tower was soon replaced with a RN 3 storey building, although the RAF example was not demolished.
Under navy control the airfield was intended as a torpedo training school. Several units were formed here or remained at the staion for some time:
From 22 March 1943 until June 43, 747Sqn (formed here) with Barracudas, returning from May 1944 until October 1944.
From 29 February 1944 until 28 June 1944, 841Sqn with Barracuda-IIs as part of No 2 Naval TBR Wing .
From July 1944 until November 1944, 717Sqn (formed here).
From August 1944 until October 1944, 714Sqn (re-formed here) with Barracudas.
From November 1944 until April 1945, 837 Sqn.
From March 1945 until July 1945, 816 Sqn with Barracudas.
From April 1945 until August 1945, 817 Sqn with Barracudas.
From July 1945 until August 1945, 836 Sqn with Seafires.
From November 1945 until May 1946, 860 Sqn.
From December 1945 until March 1946, 708 Sqn, Firebrand Tactical Trials Unit.
The airfield closed on 2 July 1946, but remained an Air Ministry asset until 1957. 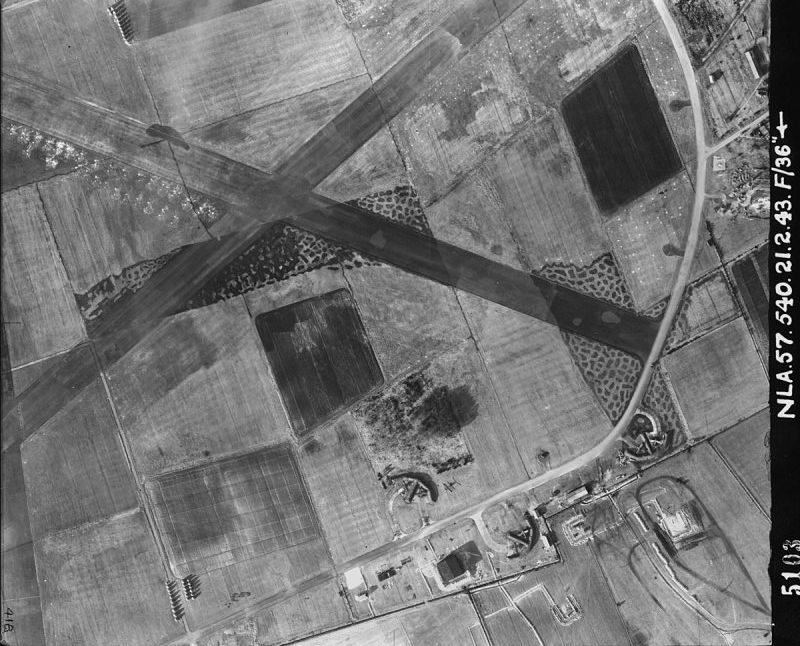 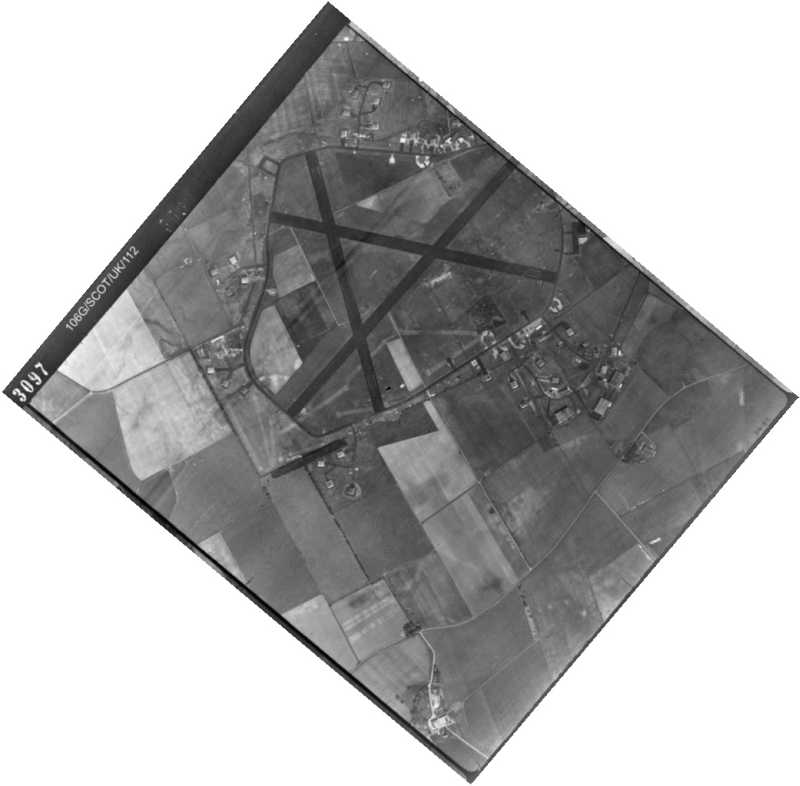 Overview of Fearn airfield, rotated to the proper north, circa 1943 (urbexforums.co.uk).

After it was sold off the property was redelevloped into an industrial estate called Fearndrome or the Fearn Industrial Estate. Most of the airfield survives to this day, albeit in a severey derelict state. Some hangars are in use by local businesses, such as a garage. Both the RAF and the RN control towers still exist. The dispersals are all still recognisable. The fields are used for agricultural purposes.
One of its runways (likely 11/29, as the others are too far gone) is occasionally still used for practice approaches and even more occasional landings and takeoffs. This in spite of a new local Easter airfield just south of the Fearn property. 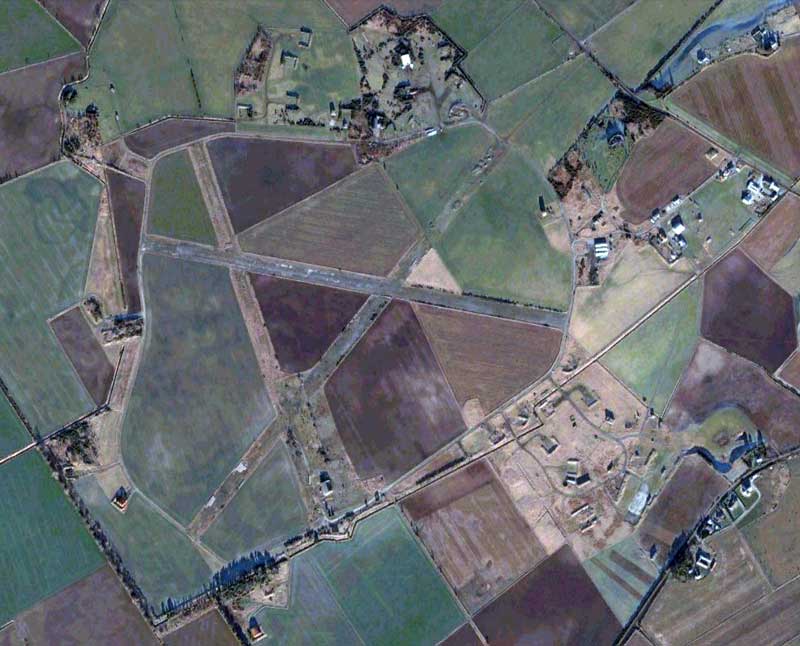 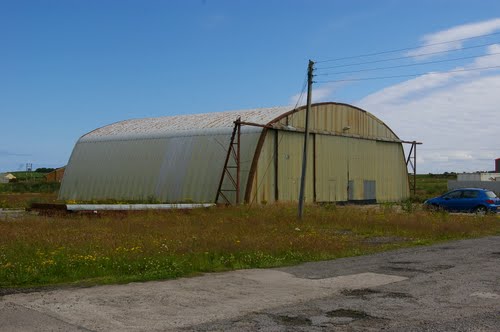 One of the remaining hangars at Fearn airfield, in October 2011. 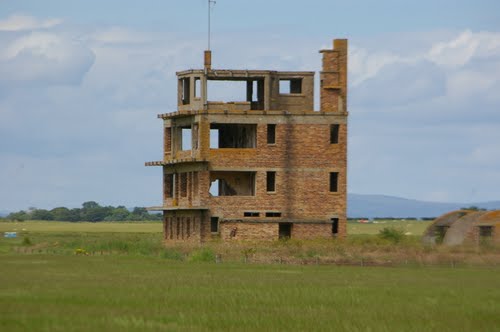 The FAA tower at Fearn airfield, in October 2011.