Fels am Wagram airfield (german: Einsatzhafen Fels am Wagram, codenamed "Garonne") was an airfield 48 kilometers northwest of Vienna.
The airfield was built by the Luftwaffe after the annexation of Austria at the beginning of World War II. It featured a large grass flying field with only one large hangar. It served as a satellite airfield for Markersdorf and was taken into service by the Fliegerausbildungsregiment 72 (FAR72), who used it between 1939 and 1940.
Although it was largely grass with only one hangar, Fels am Wagram was one of the most important Luftwaffe airfields in Austria. When the Allied bombers bagan to attack the Reich from the south, the airfield got a central role in the defense of the Mazis, operating both day and night fighters. 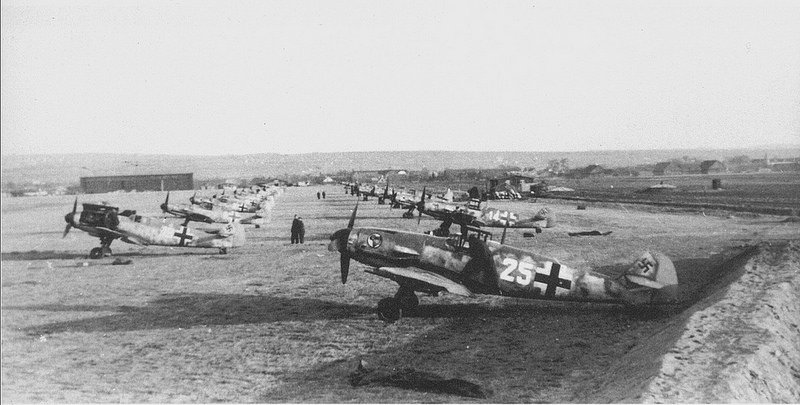 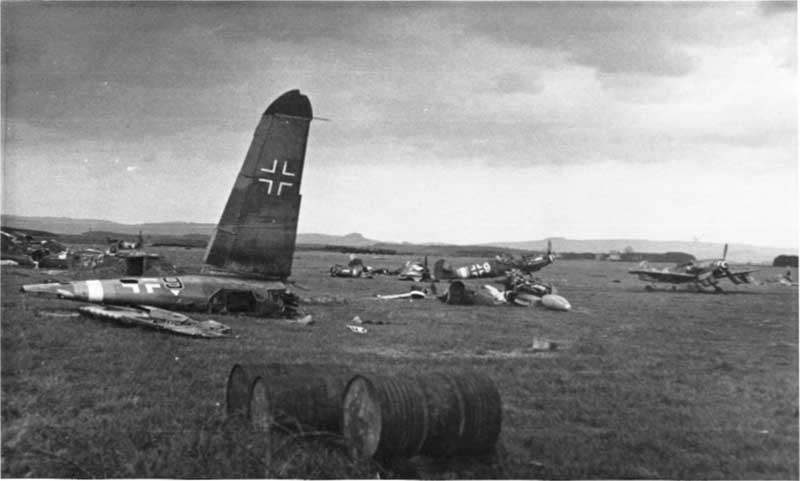 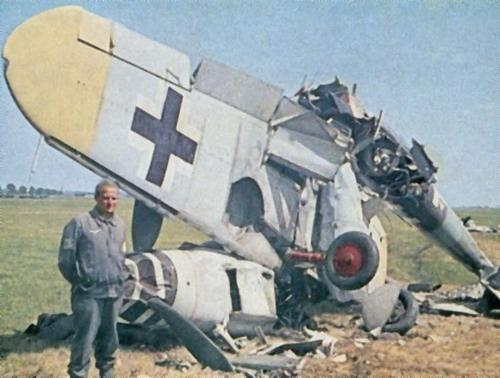 Severely damaged Bf-109G-6 of Fw. Mueller of II./JG 27 at Fels am Wagram in August 1944. (allaircraftsimulations.com, by Marc-André Haldimann, on Flickr)

The airfield was conquered by the Red Army on 3 May 1945. Since, all the remnants of the former Luftwaffe airfield have disappeared.