Flotta airfield is a small airfield 315 kilometer north of Edinburgh.
The airfield is owned by the Talisman Oil Company, who also built the airfield. The first landing on Flotta was made by a Loganair Islander aircraft, G-AWNR, on 28 May 1976. The first scheduled air service to Flotta was flown via Hoy on 1 March 1977 and the service was flown by another Loganair Islander aircraft, G-AXVR. Crew change operations for the Occidental Petroleum oil terminal were also performed by a British Airways HS748. Loganair's scheduled services to Flotta were discontinued only 4 years later in 1981, as a direct result of free ferry services being provided by the oil company. It did not close the airfield, though.

On 20 April 1983, a charter flight from Aberdeen Airport of an Air Ecosse de Havilland DHC-6, aircraft registration G-STUD, crashed at Flotta Airstrip. The investigation showed that the aircraft crashed when it was caught in a strong crosswind as it landed. There were no serious injuries and no fatalities, amongst the two crew and ten passengers.
Ownership of the airfield passed on to Elf Exploration UK plc in 2001. That same year, the runways were renumbered from 15/37 to the current 16/34.
Today, the airfield is mainly used by emergency services. The airstrip also has a helipad and a station building, adjacent to the eastern side of the northern end of the runway. 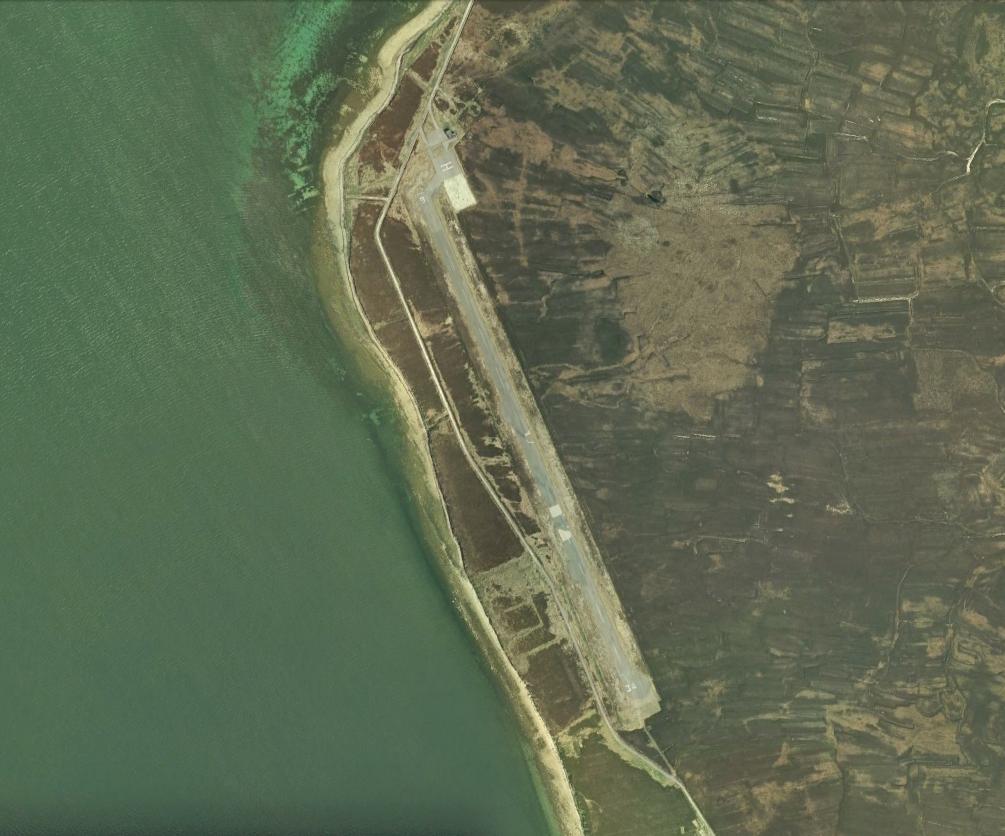 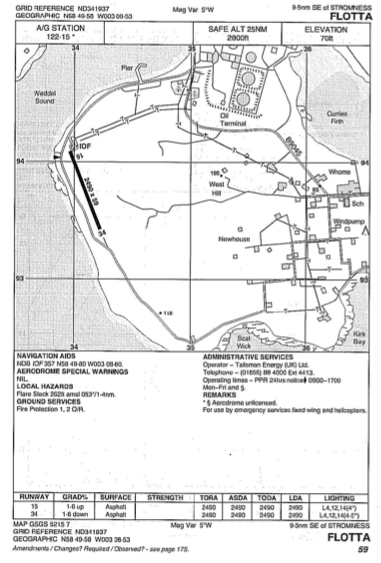 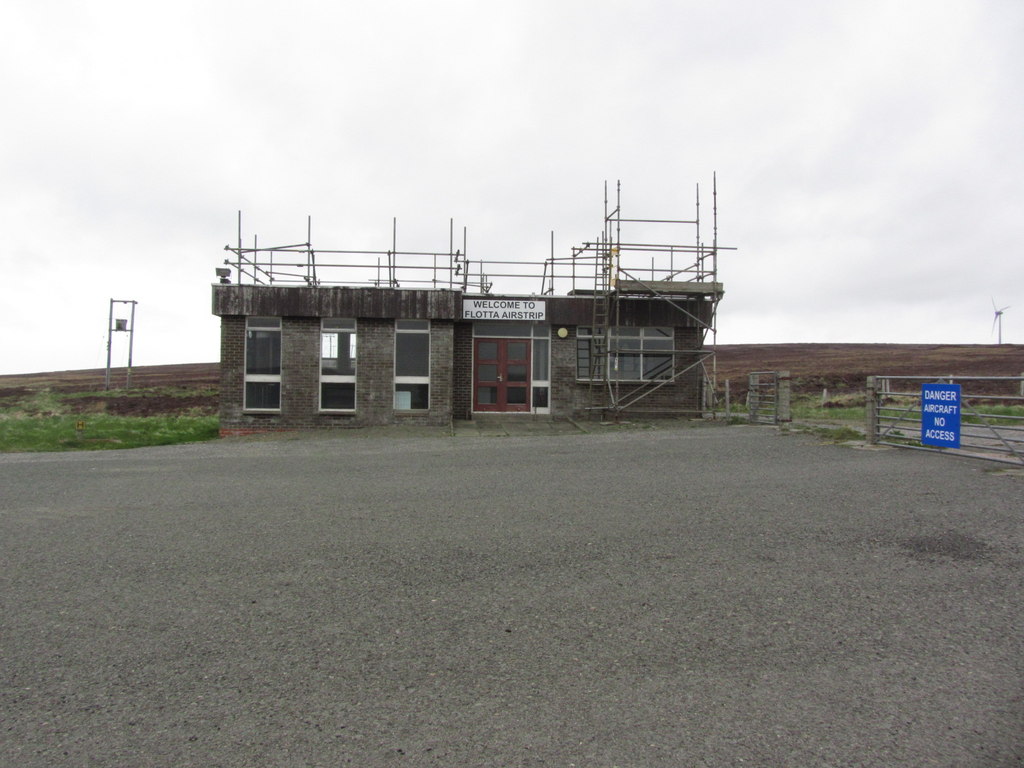