Fordoun airfield (RAF Fordoun) was an airfield 110 kilometers north-northeast of Edinburgh.
The airfield was used from 1942 as a satellite to RAF Peterhead. 2 FIS of Montrose kept a flight here from November 1942 to September 13 1944, these were mainly Oxfords. Fourdon was selected to take part in Operation Tyndall and to which dummy Bostons were used. The operation set up during the summer of 1943 to deceive the Germans into thinking that there was still a serious threat from the RAF to Norwegian based units. 1632 Flight operated from Fourdon in 1943 and became part of the newly formed 598 Sqn at Peterhead on 1st December 1943. The new squadron operated the Oxford, Lysander and Martinet, and gained some Hurricanes in February 1944. Its role was to provide aircraft for gunnery and radar calibration tests, both for land based anti-aircraft batteries and for naval vessels.
Flying came to a halt in March 1944 because the runways were cracking badly. After repairs were made, plans for the third runway were scrapped. The airfield went into care and maintenance in September 1944. It was finnaly struck off on 30 September 1950. 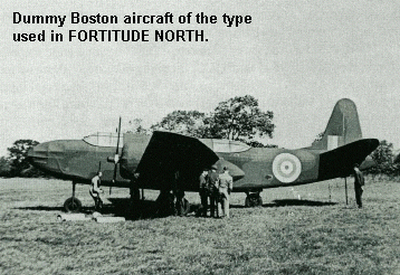 A dummy Boston of the type that were used at Fordoun during Operation Tyndall (ScotsAtWar.org.uk).

Fourdon reopened for private flying in May 1965. A flying club was established in 1967. The airfield was being used as a stock car track during the 70s but after someone was killed that ended too. The airfield is now used for storage of oil industry equipment. The runways, taxitracks and two blister hangers were still easily recognisable, as were various building around the airfield. In the winter of 2010 one of the blister hangars was severely damaged in a fire. 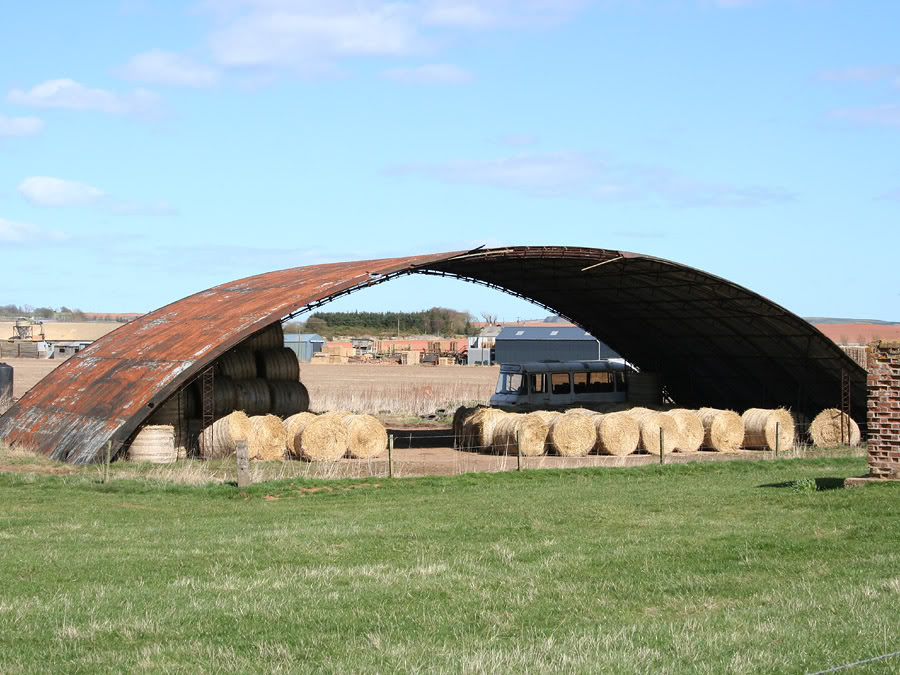 One of the two remaining blister hangars at Fordoun, photograped before it was destroyed in a fire in the winter of 2010 (airport-talk.com). 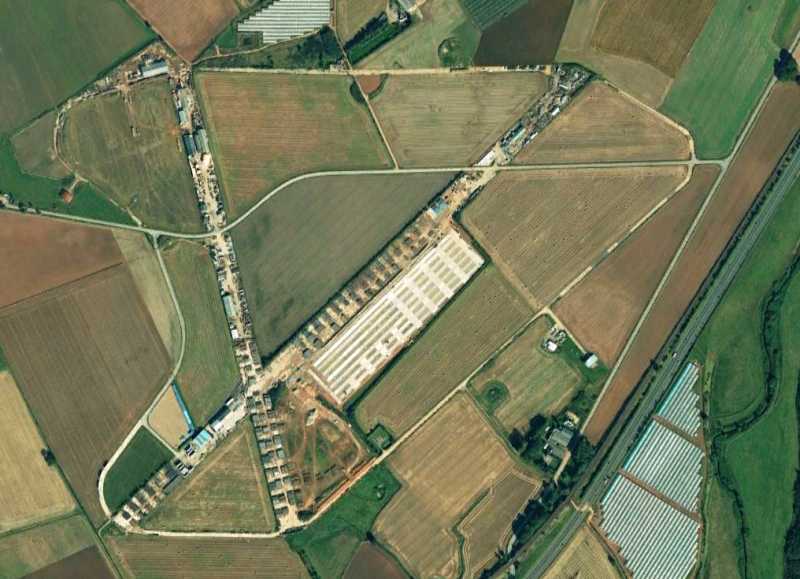 Google Earth overview of Fordoun, as taken in 2008.