Fraserburgh airfield (RAF Fraserburgh, also known as RAF Inverallochy) was an airfield 200kilometers north-northeast of Edinburgh.
The airfield opened in December 1941. In May 1942 it became the home to No. 8 (Coastal) Operational Training Unit which stood up at the airfield. 8OTU was created within No 17 Group by amalgamating the Operational Training Flight of No 1 PRU and the PRU Conversion Flight of No 3 School of General Reconnaissance. It's role was to train PR (Photographic Reconnaissance) Spitfire pilots. By November 1942 it was also training PR crews for the Mosquito. In February 1943 8OTU moved to Dyce.
Between September and November 1944 838 Sqn (Fleet Air Arm) was 'on loan' to Coastal Command, operating from Fraserburgh. 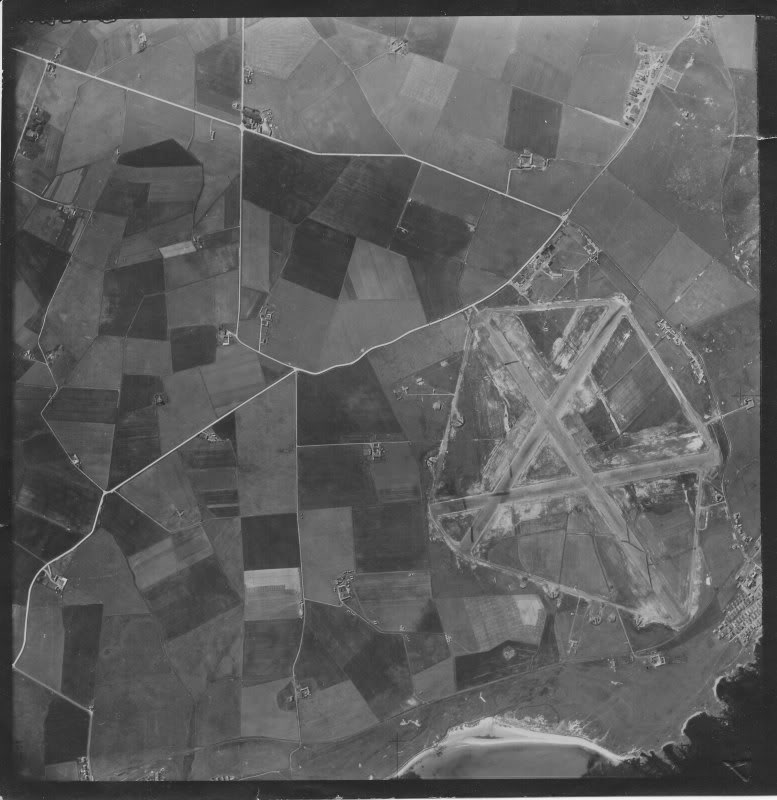 Aerial photo of Fraserburgh in 1942, with the North to the right (airfieldinformationexchange.org).

The airfield closed on 12 November 1945. Most of it was returned to farmland, but the north side of the airfield was later redeveloped into a housing area. The northern taxitrack today serves as Allochy Road. The runways are unusable but still recognisable in the landscape. Two large sheds were built on what used to be the main runway. A platform still exists on the west side of the airfield. 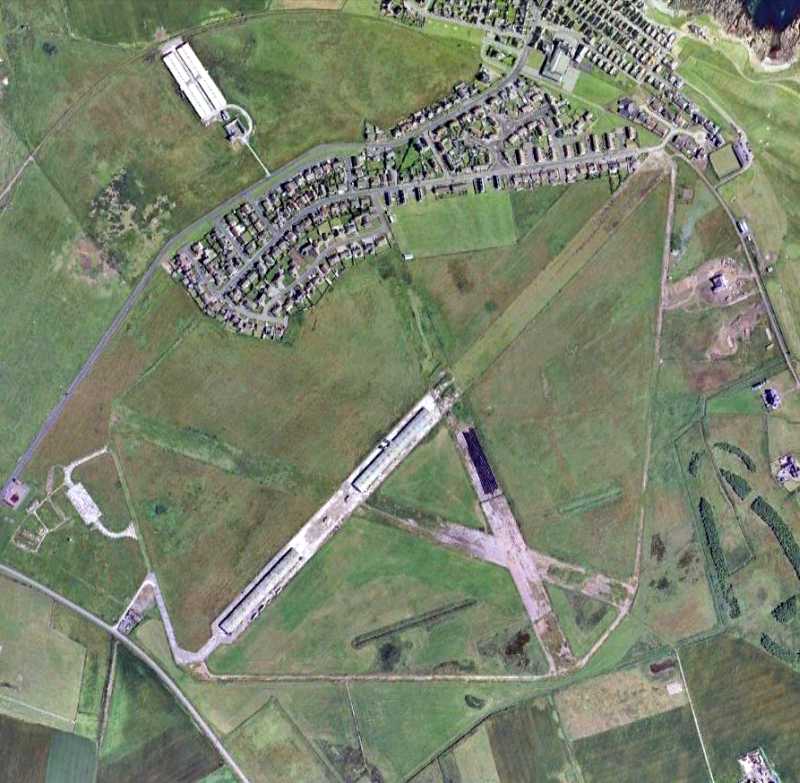