Air Base Goetsenhoven (Dutch: vliegveld Goetsenhoven, French: Base Aerènne Gossoncourt, ICAO: EBTN) was built in 1922 near Tienen in the province of Limburg, Belgium.
It was the home of Group II (Reconnaissance) flying Ansaldo A.300 and De Havilland DH.9.

On the eve of World War II the airbase was the home of Group II (3 Squadron) and Group III (5 Squadron) flying the Fairey Fox III, and Group IV (7 Squadron) flying the Fairey Fox VI. On the outbreak of war on 10 May 1940, the airfield was bombed by the Luftwaffe, causing the resident units to divert to other airfields. Aircraft that were not destroyed ultimately ended up in France.
The airfield was only used as a diversion airfield by the Luftwaffe. Near the end of the war the Air Base was bombed once again, this time by the USAAF.
It took until 1950 to reopen the air base, at which time the Elementary Flying School (Dutch: Elementaire Vliegschool or EVS) was moved in from Schaffen Air Base. The EVS flew the Stampe-Vertongen SV4b until 1969, when it was replaced by the SIAI SF260 Marchetti. The introduction of the Marchettis meant a major upgrade to the Air Base, which received two asphalt runways, instead of the grass they had used so far.

Goetsenhoven sometime between 1950 and 1969, when the airfield did not yet have asphalt runways (urbansecrets.nl)

In 1996 the EVS moved to Air Base Beauvechain (Dutch: vliegbasis Bevekom), ending the military presence at Goetsenhoven. In 2009 it was announced that Goetsenhoven was to be struck off charge from the Belgian Armed Forces by 2011. 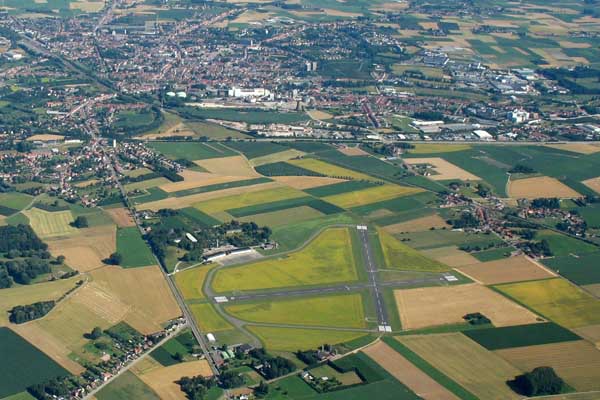 The former Air Base Goetsenhoven

In September 2010 the public was given a rare chance to visit the entire Air Base, with unlimited access. The Royal Flying Club (Dutch: Koninklijke Vliegclub) 'De Wouw' is still operating from the former air base. During a visit to the base in May 2013, they were operating gliders and motorised aircraft from from the south side of the airfield and runway 06. The hangars and airfield infrastructure appear to be completely intact, but the logistics site of the base is in a state of disrepair. Buildings have been vandalised and plantlife is steadily taking over the site. Roads and verhicle parkings have become har, it not impossible to recognise. 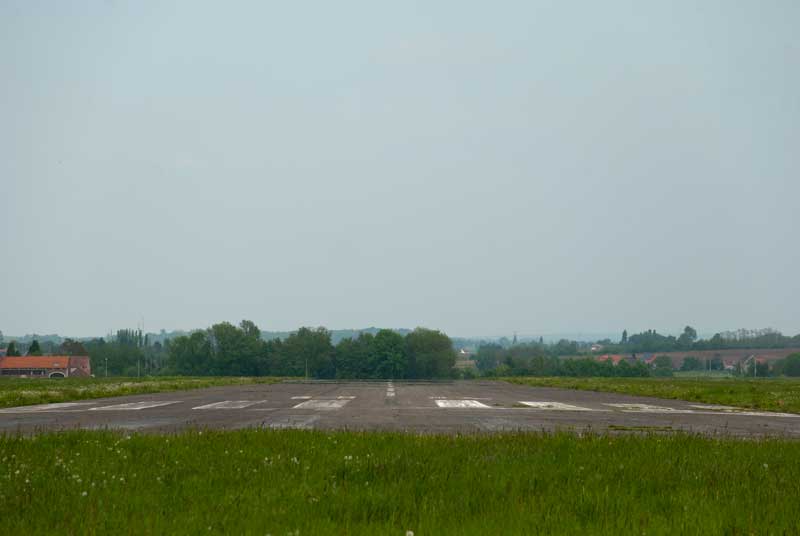 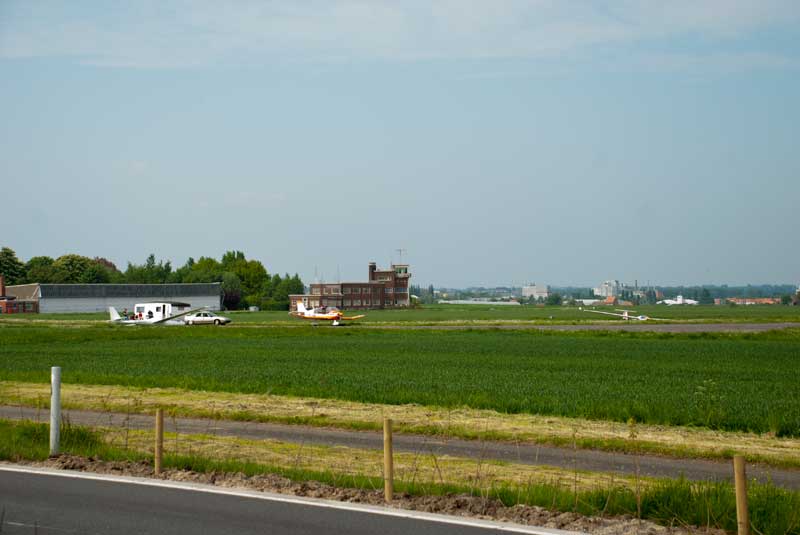 Goetsenhoven-based Royal Flying Club 'De Wouw' was busy flying gliders and light aircraft from the airfield on 19 May 2013. The military side of the airfield can be seen in the background (RonaldV). 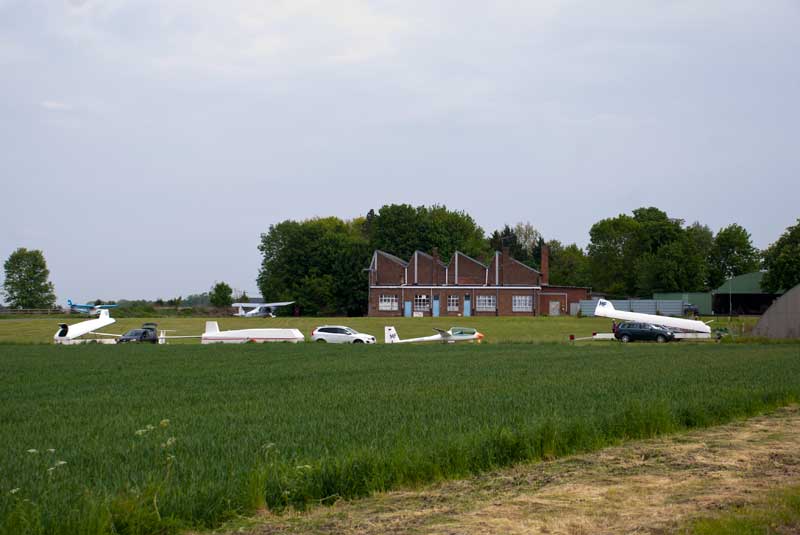 The south side of the airfield, where the flying club has its home, photographed on 19 May 2013 (RonaldV)