Gormanston airfield (Irish: Aerdhróm bhaile mhic Gormáin, also known as RFC Gormanston and RAF Gormanston, ICAO: EIGM) was an airfield 30 kilometers north of Dublin.
The airfield was built as a Royal Flying Corps training depot in 1917. After the end of the Great War (WW-I) the airfield started to be wound down, and by the end of January 1920, the remaining aircraft were transferred to Baldonnel Aerodrome. All that were left were a care and maintenance team of 37 men. The Irish War of Independence did not have any effect on the winding down, as aircraft were deemed to be of no use to the guerrilla type of war that was taking place. The airfield became a training center for the Royal Irish Constabulary and as a prison camp for Republican prsioners.
After the Treaty of 14 January 1922, Gormanstown became the main demobilisation centre for the Royal Irish Constabulary. It was meant to be completed by 31 March 1922, but due to delays it was August before the last Constables left Gormanstown. The camp was handed over to the Irish National Army, which was by this time involved in the Irish Civil War. They established an internment camp in Gormanston to house about 1,000 Republican prisoners that were captured by the Free State. In December 1923 the last prisoners left the camp and from 1928 the airfield was relegated to caretaker status. 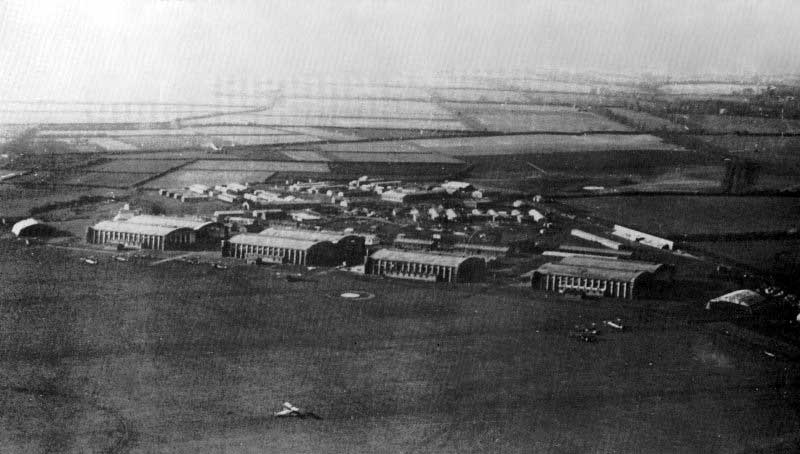 The Irish Air Corps began using the airfield during annual summer exercises from 1935. During World War II (known in Ireland as "The Emergency"), the camp was used as accommodation for up to 2,000 men who were billeted in forty Nissen huts. For a while, the camp was used as an internment camp for the detention of up to 40 RAF aircrews who had crashed landed or made emergency landings in Ireland. The RAF prisoners were repatriated in two groups; one in 1943 and the remainder in May 1944.
No 1 Fighter Squadron was stationed at the airfield in 1944, equipped with Hawker Hurricanes. From 1945 the Air Corps occupied the camp on a permanent basis. The Hurricanes were replaced with Spitfires in 1947. In 1950, the Control Tower was completed and the camp was first connected to mains electricity. In 1956 the Fighter Squadron was transferred to Baldonnel Aerodrome, whilst an Air Corps training faculty remained at the base.
In an email in May 2015, Shaun Kirk reported he was one of 10 recruits selected by Aer Lingus to be trained as pilots in 1963 at Gormanstown. The Air Corps provided pilots, instructors, ground staff and Chipmunk aircraft. Two aircraft were crashed, one by a student and one by an instructor. 9 recruits qualified to become Aer Lingus pilots.
With the escalation in civil unrest in Northern Ireland in the summer of 1969, Gormanstown was designated as a refugee centre in August 1969. By the end of October 1971 up to 12,000 persons had passed through the camp. The airfield contiunued to be used by Irish Air Corps Chipmunks and Cessnas until the end of the century. 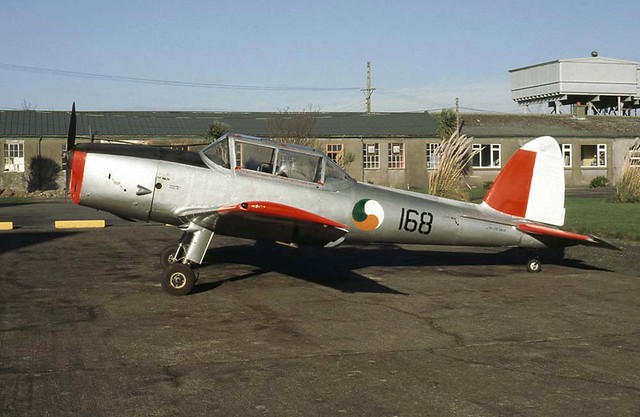 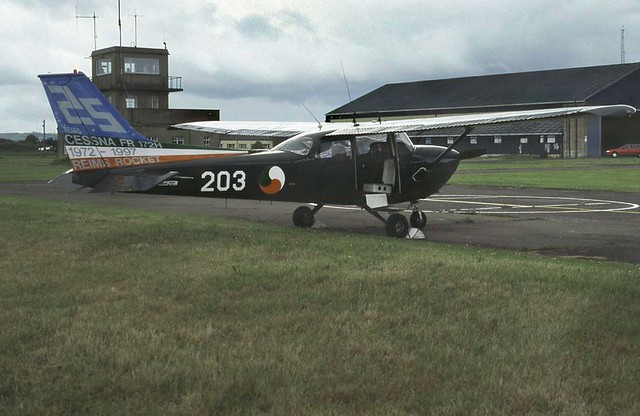 The airfield was officially closed in 2002. However, it is still used extensively for Air to Ground Firing and local army activities. The two (out of originally three) runways at the airfield are unserviceable, but the tarmac runway is believed to be in good enough condition to allow emergency use. While the Irish government has expressed their will to sell the airfield, they have not done so over the past decade.
As late as 2013, the Irish Defence website held a notice to mariners stating a danger area was in effect at 3NM around the airfield, extending to 10 NM between radials 015 and 105.
Today the AAIU (Air Accident Investigation Unit - Ireland) is based in the original Air Corps hangars on field. 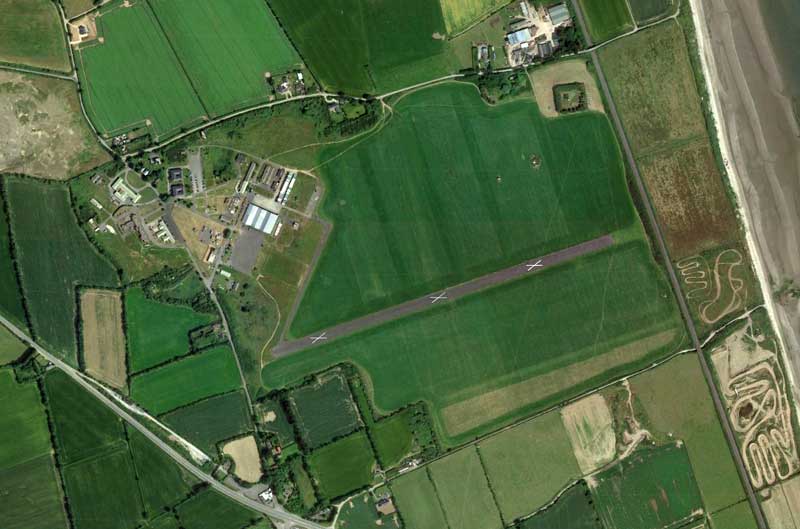