Airfield Grimbergen (Dutch: vliegveld Grimbergen, ICAO: EBGB), north of Brussels in the province of Vlaams-Brabant, was built by the Belgian military in 1939 in anticipation of World War II.
During the German invasion the airfield was in use, although it's Fairy Fox and Fiat CR42 proved inadequate against the much more modern German aircraft. The airfield fell in German hands on 18 May 1940
The Germans almost immediately began expanding the airfield, and based two squadrons at the airfield: weather reconnaissance squadron Wekusta26 and elite fighter squadron JG.26 flying the FW.190.
On 3 September 1944 the airfield was liberated by the British. Three days later an advanced party of 122Wing came to inspect the airfield, which they coded as B-60. Three 122Wing Mustang squadrons were ordered to use the airfield to disrupt German supply lines. Additionally the airfield was used to support C-47 (RAF name 'Dakota') operations in the Arnhem area.
By 28 September 1944 New Zealand Tempest squadrons took charge of the airfield. A week later (6 October) the 'Norwegian' 132Wing with Spitfires relieved the New Zealanders, they stayed until just before Christmas. 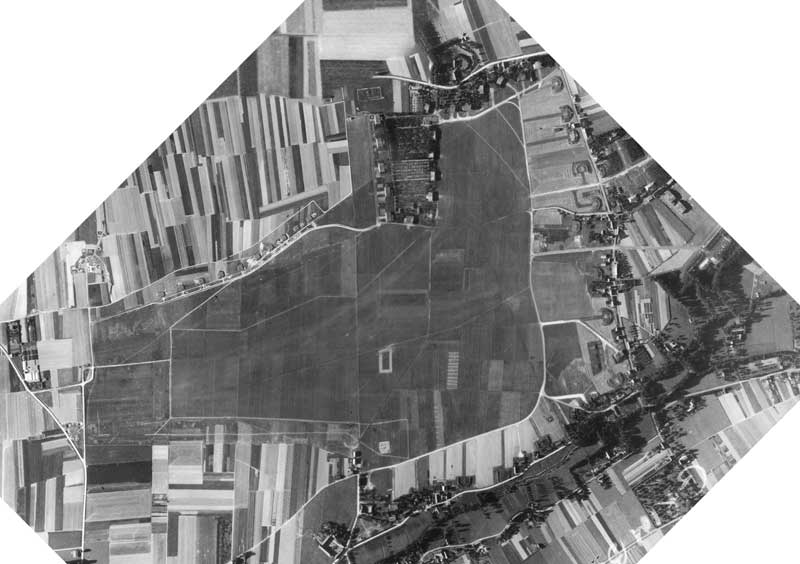 On 1 January 1944 operation 'Bodenplatte', the final and last offensive of the German Army, began. Grimbergen was attacked by German fighter aircraft, of which several were shot by AAA.
From January until April 1945 the airfield became home to the 'Polish' 131Wing.
After VE-Day the airfield was used by the Americans to stock their surplus war material (such as Sherman tanks) pending sale or return to the US. From May 1946 the military began returning the property to civilian authorities. In order to relieve pressure on Melsbroek/Zaventem (Brussels new International Airport) they decided recreational flying was to make use of Grimbergen. The first aircraft landed that same year. 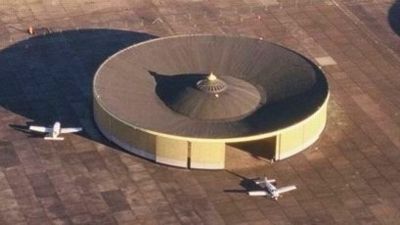 Grimbergen immediately began constructing two unique round concrete hangars, which were officially taken into service in November 1947. The hangars were desgned by Alfred Hardy, and received protected monument status in 2006.

In 2002 authority over the airfield was transferred from the state to the Flemish community. 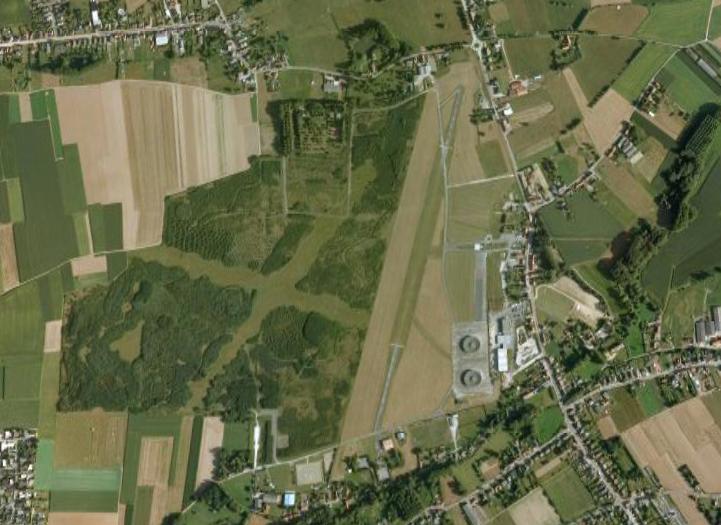 This overview of Grimbergen airfield clearly shows the current size versus the much larger size of the airfield during World War II (Google Earth). 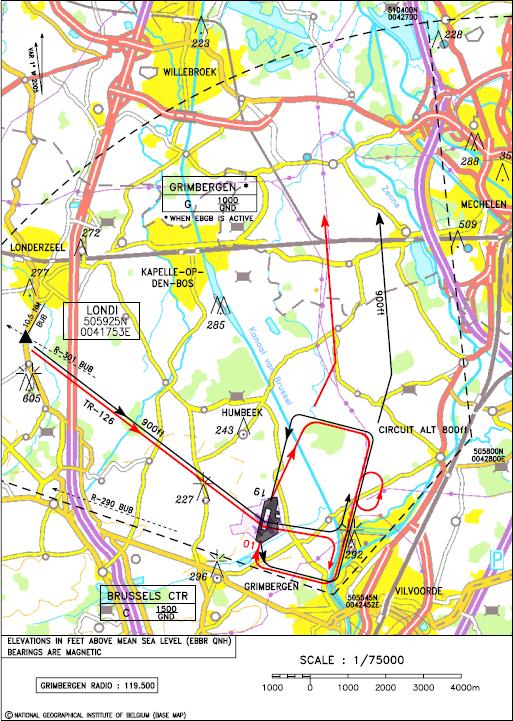