Grimsby air field (RAF Grimsby, also known as Waltham Grange aerodrome) was an airfield 220 kilometers north of London.
Grimsby airfield was built as Waltham Grange aerodrome by the Lincolnshire Aero Club in the early 1930s. It had a clubhouse and two wooden hangars, and a larger hangar was built in 1937. In 1938, Waltham aerodrome was selected to become one of the Elementary and Reserve Flying Training Schools set up by the Air Ministry. Although run under civilian contracts, it provided instruction for aspiring RAF pilots. During the 14 months the program ran, it used a variety of training aircraft types, mostly Tiger Moths. From September 1939 the airfield saw little activity, aside from occasional visitors. Late in 1940 the airfield was closed, because it had been found suitable for development into an RAF air base.
In the winter of 1940-1941 the airfield was expanded to become a bomber base. Three runways were built: 18/36 at 1,200yds, 06/24 at 1,400yds and 12/30 at 1,100yds. Additionally, 36 aircraft parkings were built along the encircling taxi track as well as three hangars: two T2 and one B1. 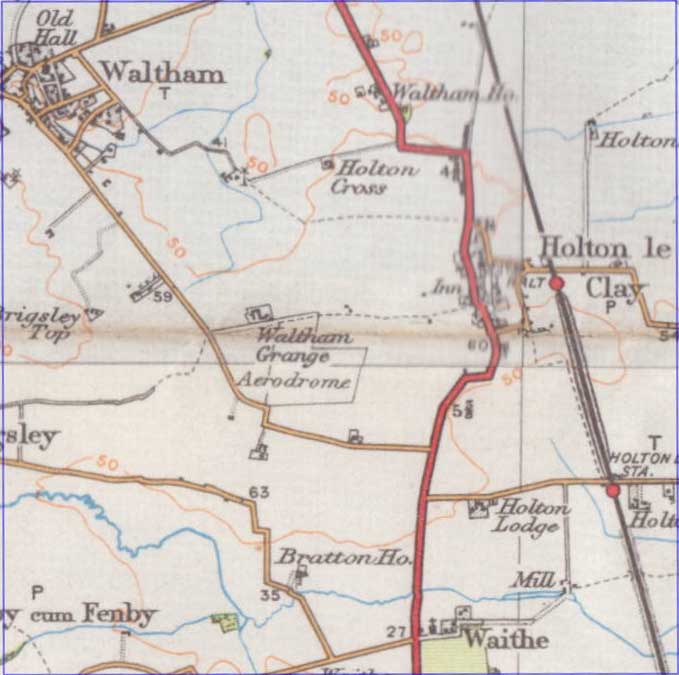 The rebuilt airfield reopened late in 1941 as a satellite to RAF Binbrook. Although the new station was now officially named RAF Grimsby, the local name Waltham persisted among locals and servicemen on the station. This possibly led to some confusion elsewhere, as there already existed near Maidenhead, called White Waltham. After opening, 142 Sqn Wellingtons arrived from Binbrook and they carried out bombing operations from Grimsby until the end of 1942. At that time, the squadron was split, with one half going to Africa to support Operation Torch and the other half to RAF Kirmington (todays Humberside Airport) to form a new squadron.
Immediately after, the airfield closed to have its runways extended; 18/36 to 2,000 yards and 12/30 to 1,400 yards, making it cross the A16 road. 19 of its' 'pan' type parkings were replaced with 'loop' type parkings and accommodation for 2,460 personnel was realised. No. 1 Group used the opportunity (and Grimsby) to add a new Lancaster unit (100 Sqn, reformed in mid-December 1942). 11 months later, 100 Sqn's C-Flight became 550 Sqn, but by early1944, 550's growth forced their move to RAF North Killingholme. 100 Sqn remained at RAF Grimsby until early April 1945. With the end of the war in Europe on the horizon, reparation of the bad shape of its runways was noth considered to be worth the effort, which forced them to RAF Elsham Wolds. The airfield went into Care & Maintenance, its hangars remained in use for some time by 35 Maintenace Unit however, presumably to store surplus bombs.

The air base was finally closed in 1955. After having been sold off, a section of the A16 road was rebuilt, cutting into the air station. The village of Holton-le-Clay partially expanded onto the former airfield. Even today (2012), much of the original runway arrangement remains and is tarmaced. They have been painted with road markings in areas, for use with learner drivers, and provide a circuit regularly frequented by dog walkers.
Many of the airfield buildings also still survive. Notable surviving buildings include the Control Tower, the Crew Locker, the Dryer Rooms, and the pre-war, B1 and T2 hangars. However, much of the station is in a state of disrepair and is also victim to fly-tipping. Old unused farm equipment also litters the station along with various weeds and rubble. A Golf Course, Golf Driving Range and a Go-Karting track have been built on the station and a coal merchants stands on what was once the Fuel Dump. 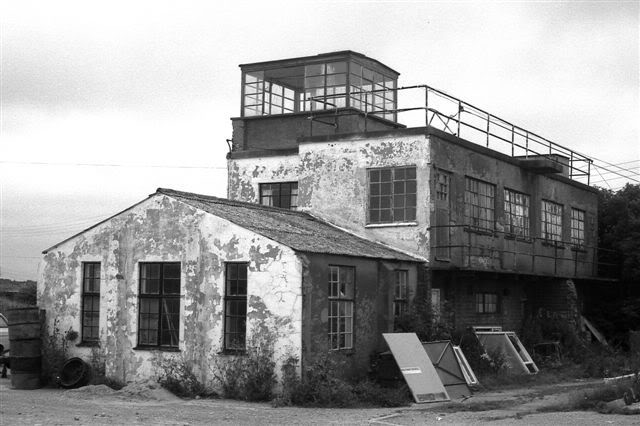 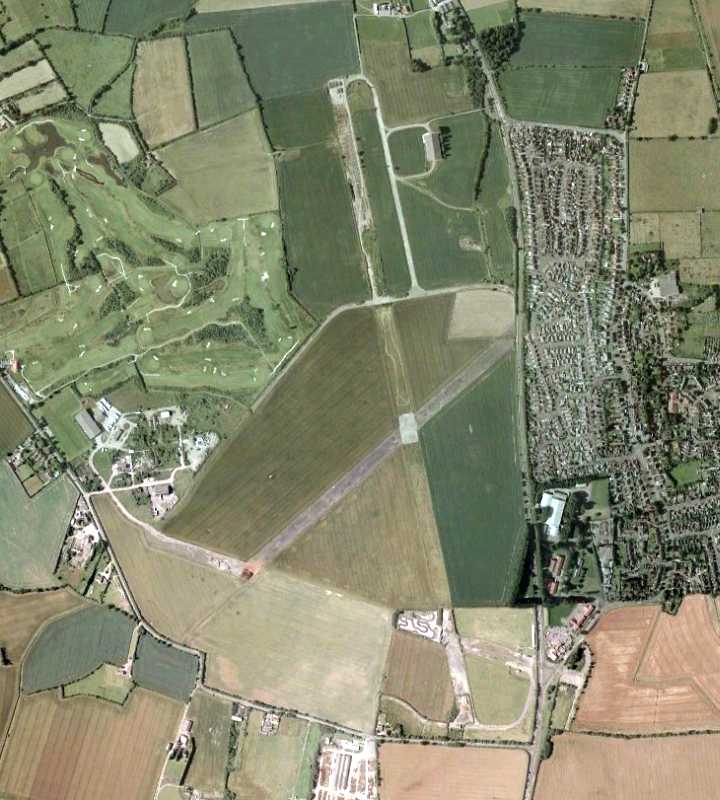 Overview of the former airfield in 2003 (Google Earth) 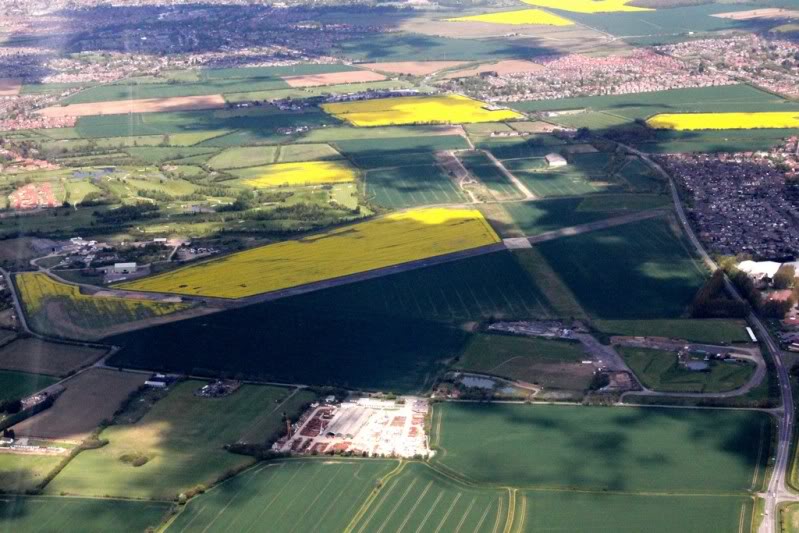