Airfield Haamstede (Dutch: vliegveld Haamstede) is an airfield bordering the town of Haamstede on the island of Schouwen-Duiveland in the southwest of the Netherlands.
Airfield Haamstede started as airfield "Westen Schouwen". In 1930 it was the first domestic destination KLM had flights to from Waalhaven airport. In 1932 the service was lengthened to Flushing (Dutch: Vlissingen). Around 1936 it was the third largest airport in the Netherlands measured in transports. In 1939 the air line was halted because of the impending war and after the war it was not continued. 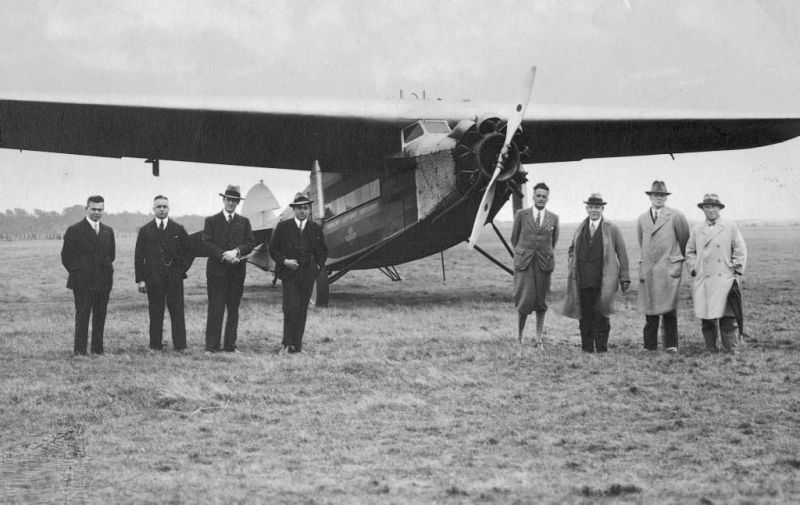 The aeronautical committee in front of the first aircraft (a Fokker of course!) to land at Haamstede. 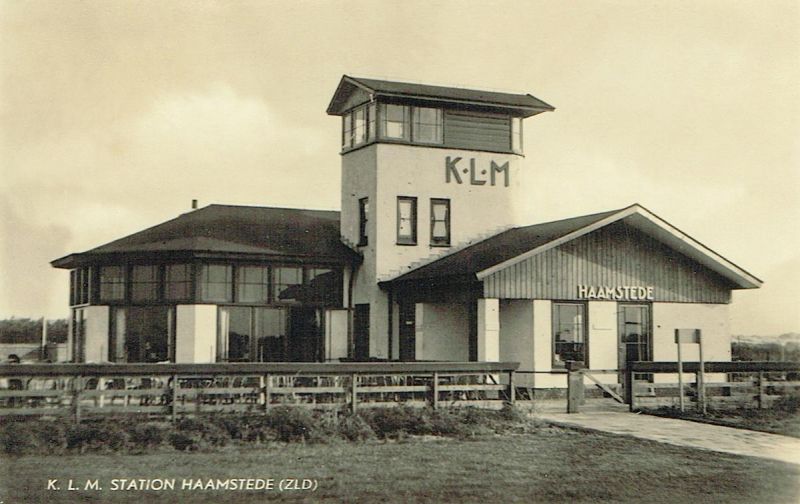 Undated but believed to be early photo of the KLM station building at Haamstede, ca 1930 (wingstovictory.nl) 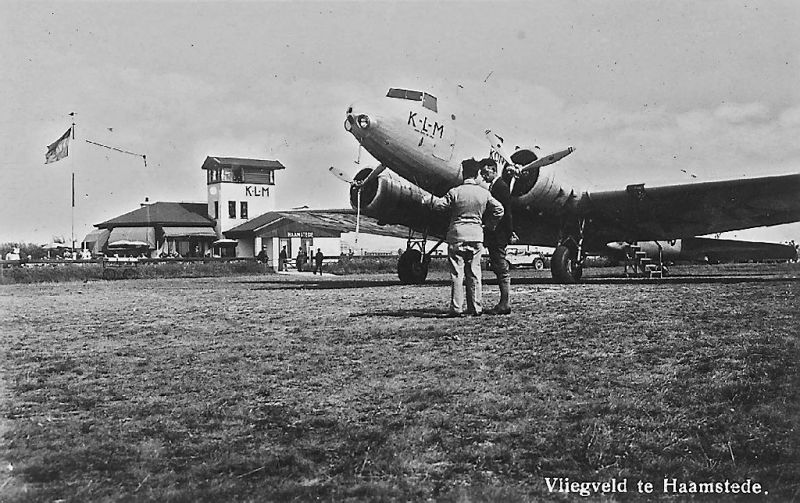 A KLM DC-2 at the "Airfield at Haamstede" as the caption says. Photo presumed to be from the KLM archives, from "Een eeuw Nieuw Haamstede" via Reformatorisch Dagblad 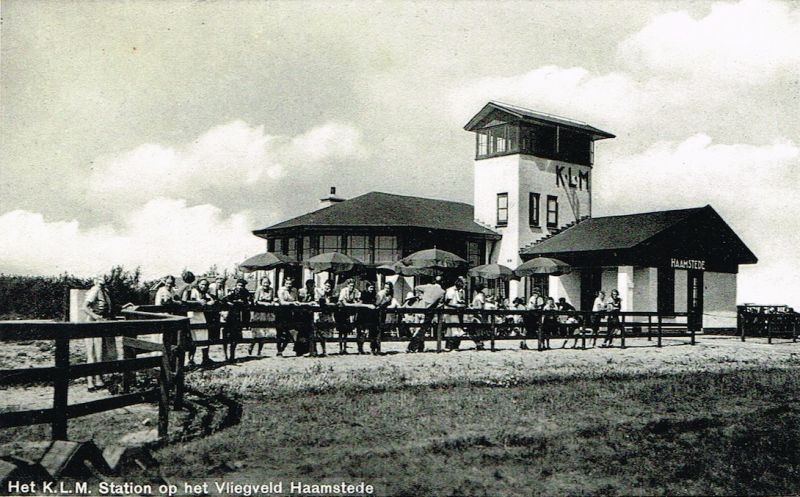 Visitors watch the activity at the airfield in front of the KLM station building, ca. 1935 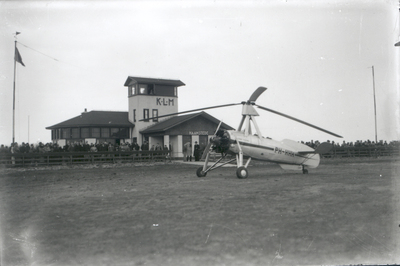 Autogyro PH-HHH at Haamstede during the festivities in honour of the first anniversary of the Eerste Zeeuwsche Jeugd Luchtvaartclub (First Zeeland Youth Aviation Club). The event was held on Saturday 13 and Sunday 14 April 1935. PH-HHH, piloted by the gentlemen Schmidt-Crans and H. van der Velden was the highlight of the event. Europeana, under a CC-BY-SA license. 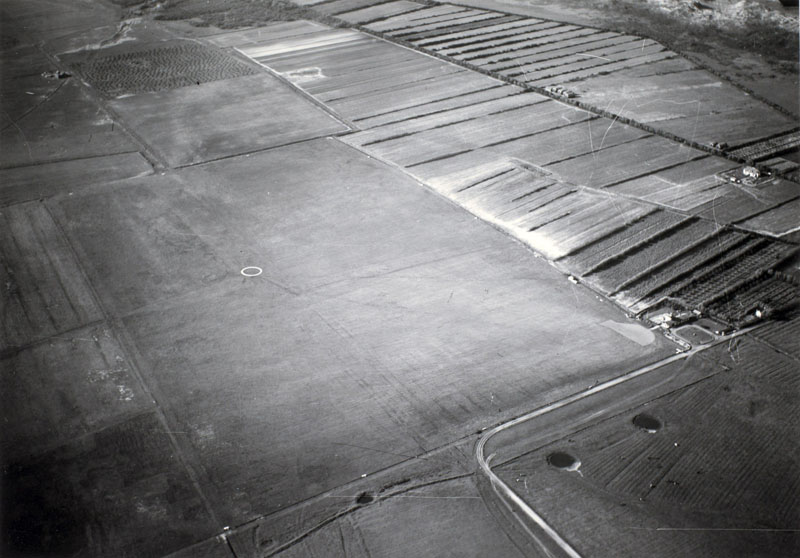 Haamstede between 1934 and 1940. THe station building can be seen on the right, just under the centerline of the photo (NIMH)

From 1939 it also hosted a military flying school.  In March 1940 it was taken over by the military authorities. At the beginning of the war the airport had a fleet of 25 aircraft, mostly Fokker C-Vs and Koolhoven FK51s. On 13 May 1940 the airfield was attacked by 20 Messerschmidts, which resulted in all but one aircraft destroyed. Having no aircraft to fight with, the runway was disabled and the next day the airfield was abandoned.
The Luftwaffe used the airfield briefly to protect the Scharnhorst and Gneisenau passing throught the English Channel. On 1 and 7 August 1940 the airfield was attacked by RAF Blenheims, destroying or at least severely damage several Messerschmidt Bf109s. The Germans then abandoned the airfield, fearing attack from the nearby sea. 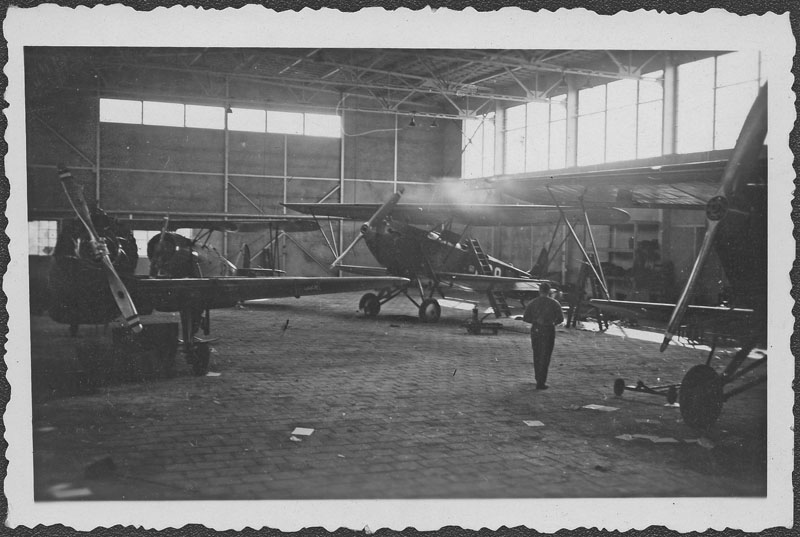 A view inside the hangar with several Dutch military aircraft. 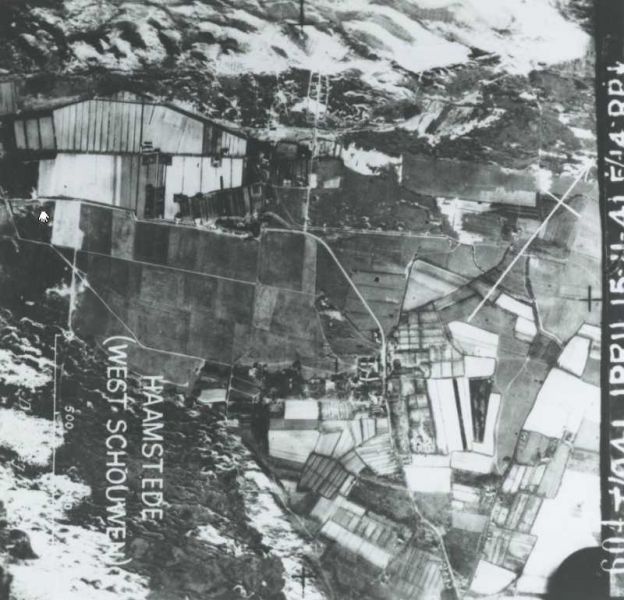 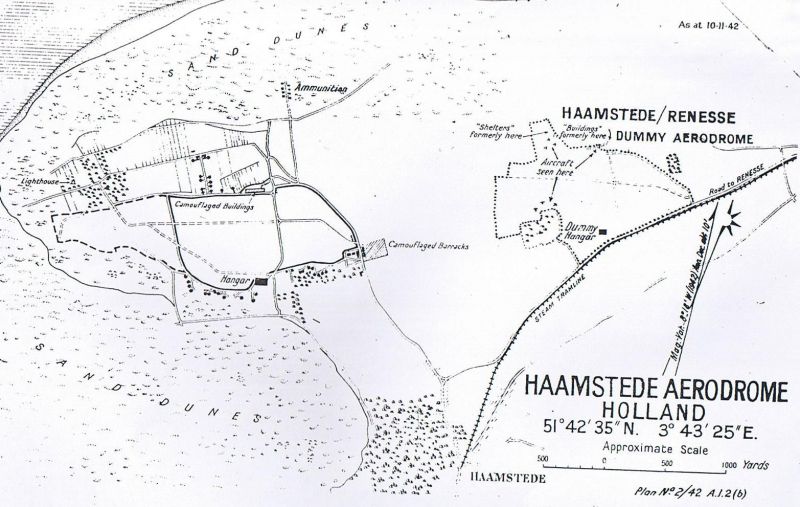 Although the Germans made an effort to confuse the RAF, the latter knew exactly what was going on at Haamstede in November 1942

By disabling the airfield with mines, they hoped to avoid it being used by allied forces. During Operation Market-Garden a C-47 tried to make an emergency landing at the airfield. Upon touching the ground it struck a mine and exploded. After the war German prisoners of war were tasked with clearing the mines. Then the airfield was left abandoned for years again.

Haamstede shone again during the floods of February 1953. To assist in the relief effort Haamstede was reactivated and in a very short time got it's current runway was constructed and put to use. A legend has been going around, claiming that upon inspection by the Ministry of Transport a short while later, it was disapproved. Rumour had it this was purely out of jealousy over the short construction time and that Haamstede has been a 'gliders only' airfield ever since. The second photo below disproves that however: Haamstede was still used for powered aviation in the mid 1960s. 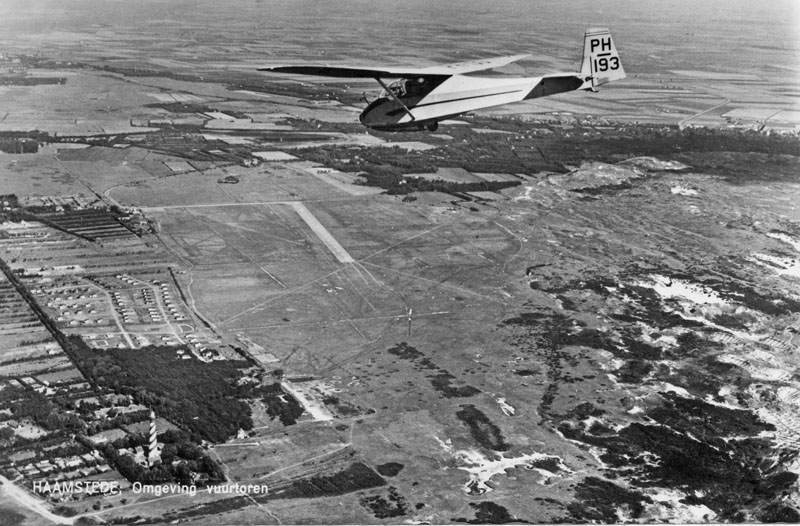 'PH-193' a T-30A Prefect glider soars over Haamstede ca. 1955. Clearly visible it the hardened runway Haamstede received during the floods of 1953. (NIMH) 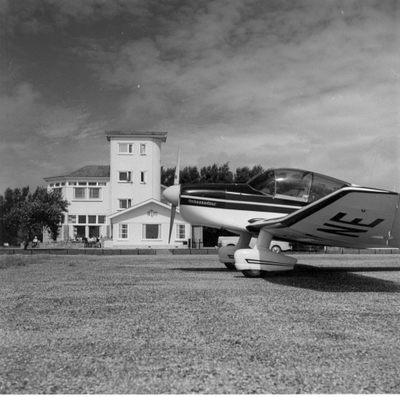 1965 photo of Haamstede, identified by the modernised, but still recognisable station building. The aircraft appears to be a Jodel 150, which did not become available until 1963. giving more credibility to the 1965 timestamp. Gemeente Schouwen-Duiveland via Europeana under a CC-BY-SA license.

Paul Sturm from the Netherlands wrote me: "I recall that in the 1960s, maybe even the 1970s, a broken radial engine had been put in the corner of a local road, meant to keep agricultural vehicles from cutting corners.
From this article I know believe it is very probable the engine is a remainder of the C-47 that landed and exploded at the airfield.
The radial engine always remained in my thoughts, but I'm not sure any of it is still there, as I don't live near Haamstede.
At the time the West-Brabant Aeroclub out of Woensdrecht Air Base held a summer camp at Haamstede, which is why I was there."
Although Haamstede is officially an airfield, no motorised aircraft are allowed to land and/or take off.