Interlaken airfield (german: Flugplatz Interlaken. ICAO: LSMI) was an airfield 40 kilometers southeast of Berne.
The airfield was built by the Swiss military in 1940, after a previous civilian airfield at Interlaken Unterseen had failed 10 years earlier. Planned were 3 grass runways, measuring 800x200, 950x200 and 600x200meters.
By March 1940 the airfield was declared 'ready for use', although its hangar was still under construction. The first aircraft, two Bücker double deckers, arrived in February 1941. The field expanded and hangar 2 was taken into service in September 1941. The first hardened runway (600x40m) was operational in October 1942. A second 900meter runway was completed a year later. An engine test stand, a fuel depot, 18 revetments and a taxiway were completed in 1944. 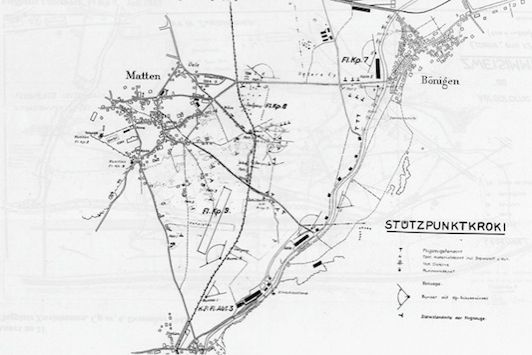 In 1947 Interlaken was assigned the role of Vampire jet maintenance base. To accomodate the fighter the 600m runway was lengthened to 920 meters and a control tower was built. The runway was lengthened once more in 1951, giving it two runways (900x40m and 1300x40m), 18 revetments and 4 hangars. A new lengthening followed in 1956 (1950m).
In 1955 the Hawker Hunter maintenance center was assigned to Interlaken. Crash barriers were built on all runways.
From 1964 the airfield experimented with civilian co-use of the airfield. Globe-Air flew three weekly servises to London until at least 1967. In the same period the Kavernen-hangars were taken into service.

In 1976 the Vampire maintenance center moved to Sion air base in preparation to the arrival of F-5 Tigers.

They arrived in two batches: the first from 1978, a second from 1985. QRA facilities became operational in 1985.
In 1987 it was decided to make the base the maintenance center for the new F/A-18 Hornet. In 1992 it also became the maintenance base for the SuperPuma helicopter.
Late in November 1993 the final flight of the Hunter took place from Interlaken. Around 2000 the air base was only used by an air transport unit and as a helicopter support unit. The number of air movements had dwindled to about 500 per year. The air base closed in 2003 when the remaining units were brought to Meiringen. It was subsequently sold off. 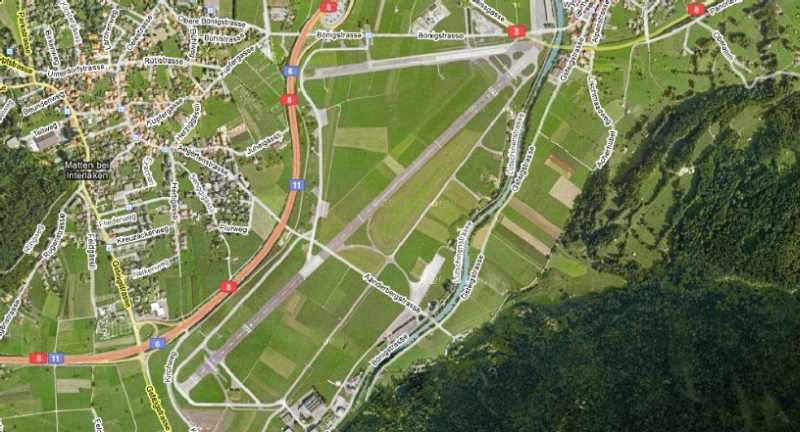 Although it lost the use of its shortest runway (now occupied by Jungfrau Park, the former Mystery Park) the airfield remained open for a few more years. In 2007 for instance it hosted the Red Bull Air Races. Today the airfield is closed. It is used for large events, especially motoring and car events. 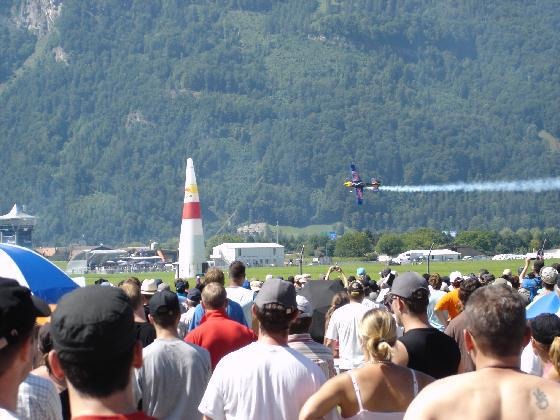 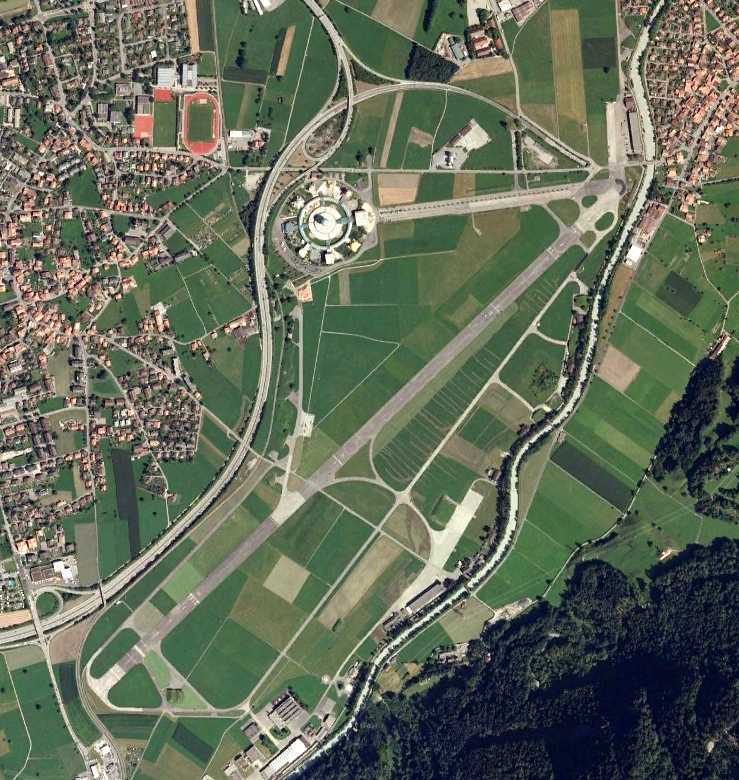 Interlaken seen from above in 2009 (Google Earth). 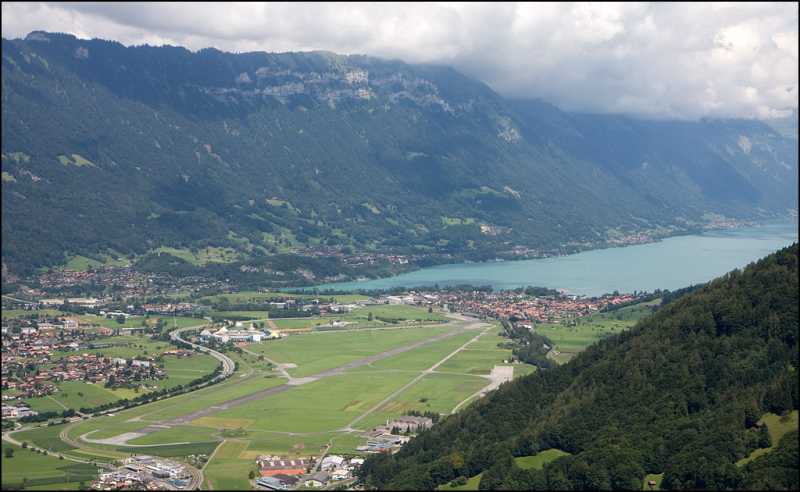