Jägala Highway Strip (Also known as Jägala-Käravate highway airstrip, estonian: Jagala Varava) is an emergency use airstrip east of Tallinn, Estonia.
The airfield was built to serve as a backup airfield for the Soviet Air Force in case of war. It's runway is oriented NW/SE with a paved dispersal/parking on the northern side of the NW end of the runway. On Google Earth a possible second (unpaved) dispersal/parking can be observed south of the opposite end of the runway. 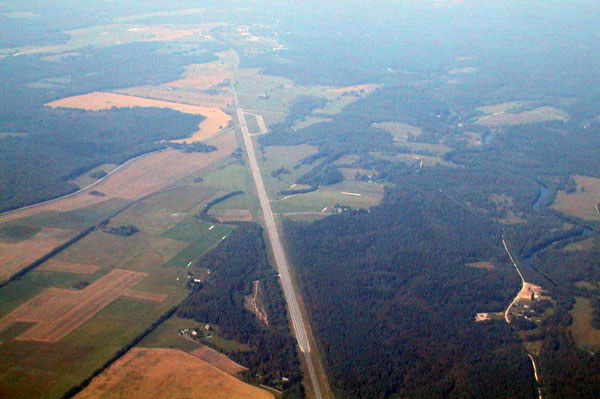 Jagala emergency airstrip from the southeast - notice the seemingly unfinished aircraft parking on the left of the runway in the woods. 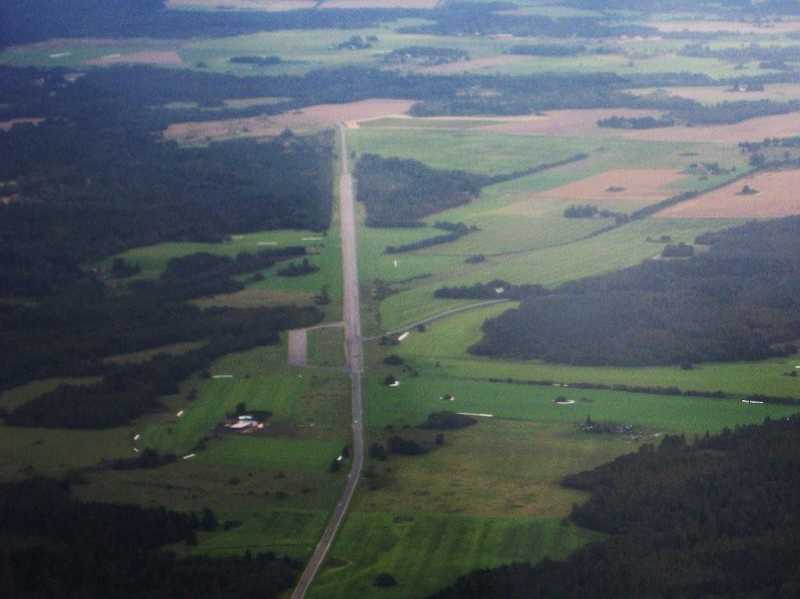 Jagala on approach from the northwest (photo: Magnus Emanuelsson, via email).

At approximately 2 p.m. four A-10 'Warthogs' arrived in the vicinity of the Jägala-Käravate Highway from Lielvārde Air Base, located southeast of the Latvian capital of Riga. Landing an attack aircraft on a highway had not been done by American pilots since exercise "Highway 84" was held at the Ahlhorn highway strip in what was then West-Germany. “No A-10 as far as we know has done this since the 1980s,” explained Brig. Gen. Doug "Odie" Slocum, commander of the 127th Wing at Selfridge. “We practice short-field landings, we practice landing in 'austere locations' — is what we call it — but this is the first time in a long time that A-10s have landed on a highway strip." The process involved one attack aircraft landing on the highway while its partner aircraft circled over the area and kept watch. After five to ten minutes, the A-10 which had just landed would take off again, after which it was the next plane’s turn to land.
In order to prepare for the maneuvers, the highway first had to be closed and roadside brush cleared. “I’d like to thank all landowners whose land is located on the side of the highway here — they were very accommodating,” said Commander of the Air Force Colonel Jaak Tarien. According to the commander, the landowners agreed to take some trees and brush down on their own property in order to guarantee a large enough safety area for the planes landing on and taking off from the highway. 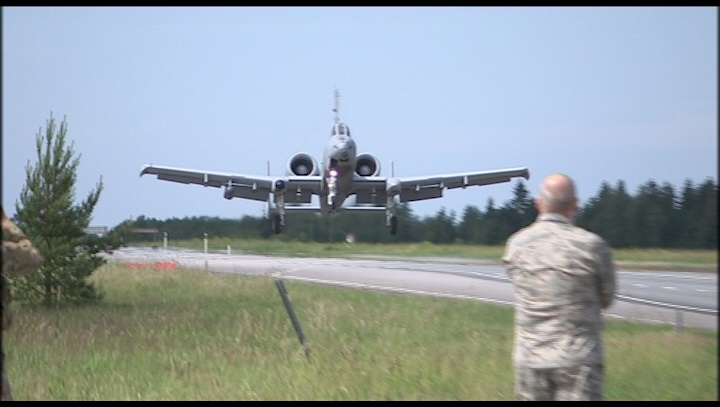 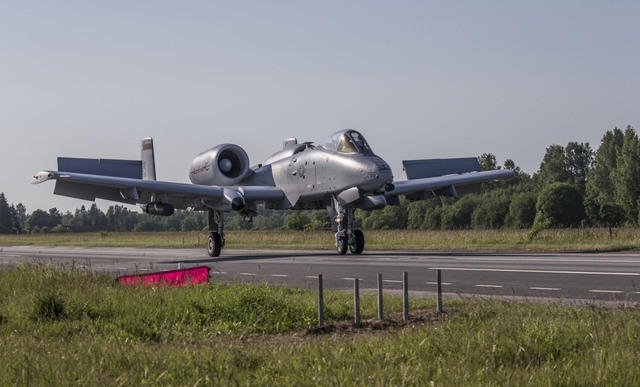 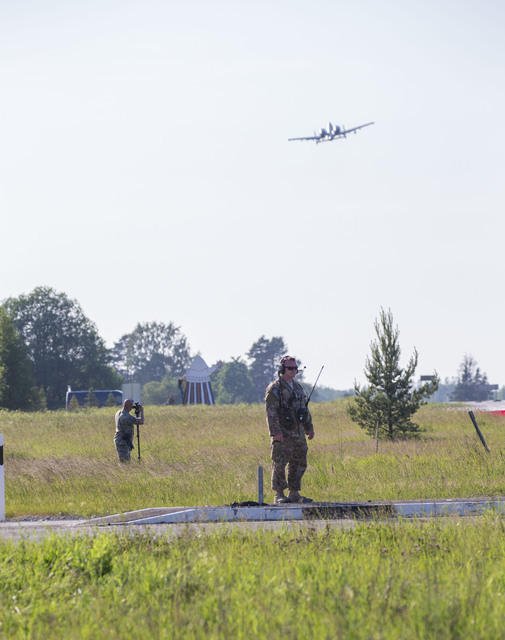 A US Airman acting as ground controller while a 'Warthog' can be seen flying off in the distance (US Mission to NATO on Twitter). The aircraft parking, photographed in July 2016, only one month after NATO had used the airstrip during an exercise (Magnus Emanuelsson, via email)

Appearantly, the exercise was a success, because in August 2017, the airstrip was used again. On Thursday 10 August the exercise use got an unplanned lengthening, when an A-10C Thunderbolt II assigned to 104th Fighter Squadron, Maryland Air National Guard, made contact with a highway barrier and a road sign on the airstrip at roughly 3:15 p.m. As a result of this the highway remained closed until the following morning.

The barrier and the road sign that got in contact with the A-10C (visible in the background, left). Overnight, repairs were made to the Warthog, allowing it to return to its base by air. This photo and a whole series showing repair and departure are shown on Estonian news site Postimees (photo: Mihkel Maripuu).
contact us about this airfield