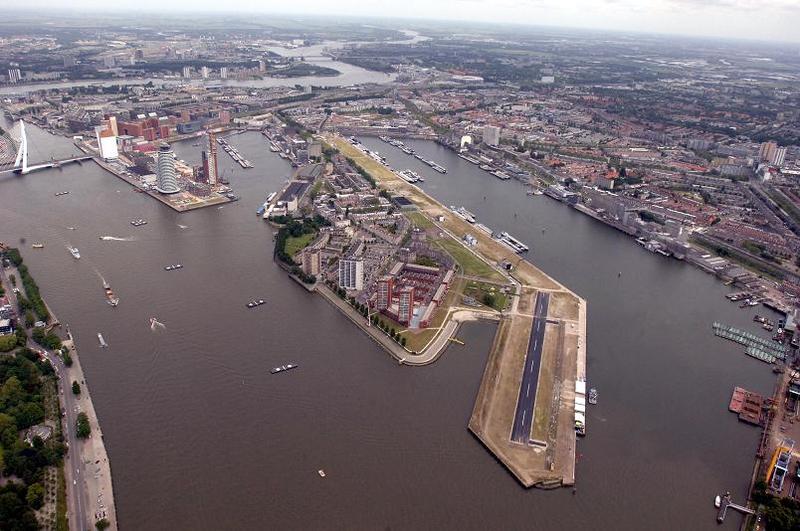 Katendrecht airfield the day before the Red Bull races (izi.travel). A larger (3216x2136pixel) version of this photo can be found at HistorischKatendrecht.

Katendrecht as an active airfield on 12 June 2005. Visible are the airport fire truck and two helicopters (air-races.com)