Kinneell air field (RAF Kinnell) was an airfield 85 kilometers north-northeast of Edinburg.
The airfield was opened in March 1942 as a satellite to RAF Tealing. It was used by 56 OTU with Westland Lysanders used for target towing. From October 1943 the unit was known as No. 1 Combat Training Wing. As 1 TCW they were training pilots in air-firing and evasive action with Hurricanes and later Spitfires. Later they were renamed again as 1 Tactival Exercise Unit and left in July 1944.
From August 1944 the airfield served as a satellite to RAF Montrose with 2 Fighter Interception Squadron until July 1945.

44 Maintenance Unit was the last to use the airfield. By the end of 1945 the airfield was closed. The airfield has been returned to agricultural use, but its two runways still exist. Also still standing until at least 2011 was the airfields control tower. A farmer was using it as a shelter for his horses. Several dispersals and taxitracks could still be recognised in aerial photography (Google Earth). 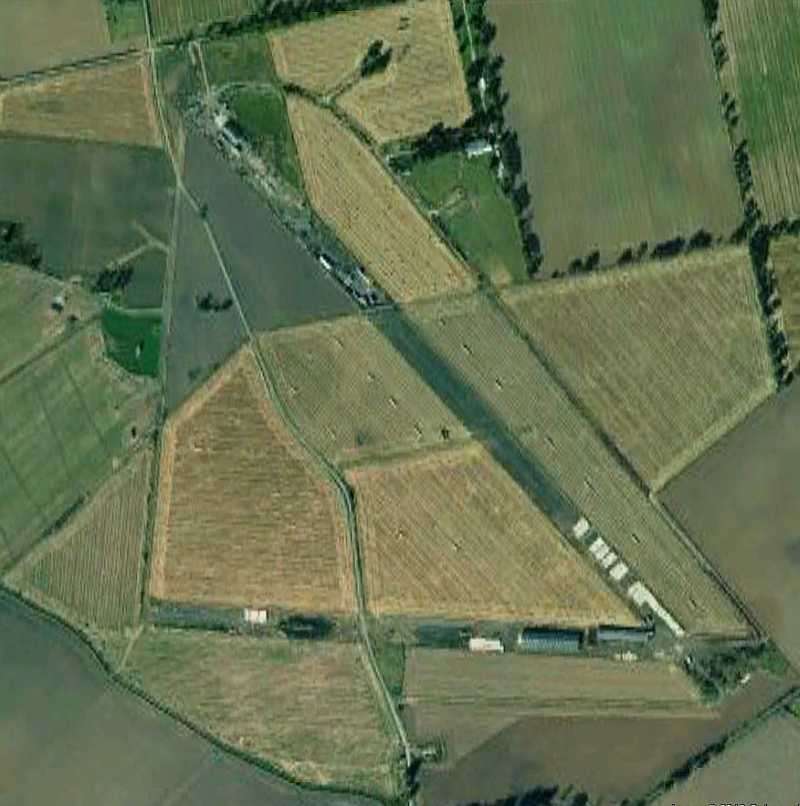