Kirkbride air field (formerly known as RAF Kirkbride) is an airfield in Cumbria, 430kilometers north-northwest of London.
Construction of the airfield began in 1937, when the MoD began acquiring lands for the airfield. The airfield opened as 12 Maintenance Unit (12MU) in June 1939. At the time the airfield had only a single grass runway and 15 hangars.
Construction of concrete runways began in Januari 1940, after the United Kingdom had declared war on Germany. During the war Kirkbride served as a gateway between aircraft manufacturers and front line units. Being out of reach of most enemy bombers it had no frontline squadrons assigned and a mostly civilian staff. The only military units were 12MU and No.16 Ferry Pilots Pool of the Air Transport Auxiliary. During the war 12MU handled just about every aircraft type in the RAF inventory. 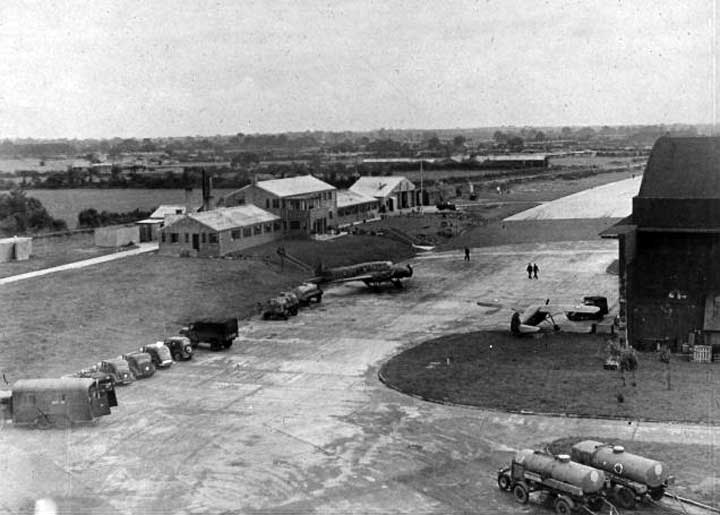 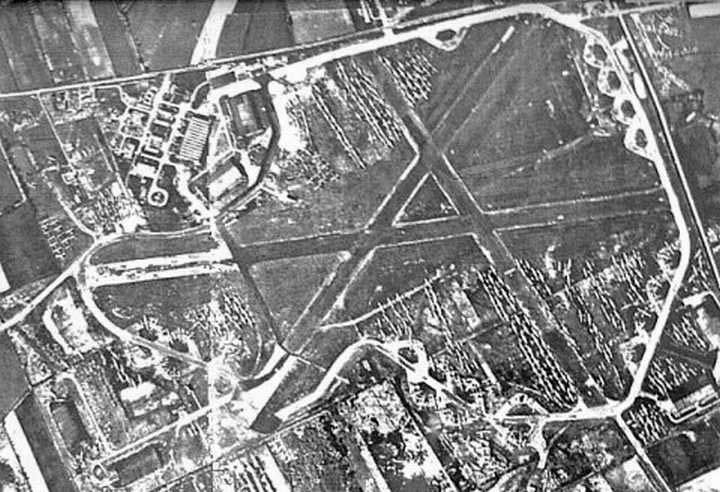 Kirkbride in 1946. I did not do a recount, but a local newspaper at the time reported there are about 1200 aircraft visible in this photo. Aircraft types vary from small observation aircraft and trainers to heavy bombers (via RAF Association, York and Kirkbride airfield).

After the war 12MU/RAF Kirkbride continued to serve. It became a storage site for the many surplus aircraft the RAF had. At some point in 1946 it had about 1200 airframes stored on the airfield, ranging from Auster observation planes to Liberator heavy bombers. Kirkbride served in this role until 1960.
That year the last RAF aircraft, a Meteor NF14, left the airfield, after which it was closed on 30 June. Speculation about the future of the airfield followed. In September NATO announced it was not interested in the airfield, and in November an attempt was made to let the United States use it as a missile tracking station. In January 1961 it was hoped that Krikbride would become the home of the Missile Defense Alarm System (MIDAS). That £12m project was cancelled in March 1963, however. In June 1964 the MoD announced that Krikbride was to be sold off for industrial development.
The auction on 28 October 1964 attracted 100 buyers which bidded a total of £18,750, mainly for the hangars. In 1968, £30,900 was paid for land on the former airfield and in January 1969 it was announced that the former RAF mess was to become a hotel. 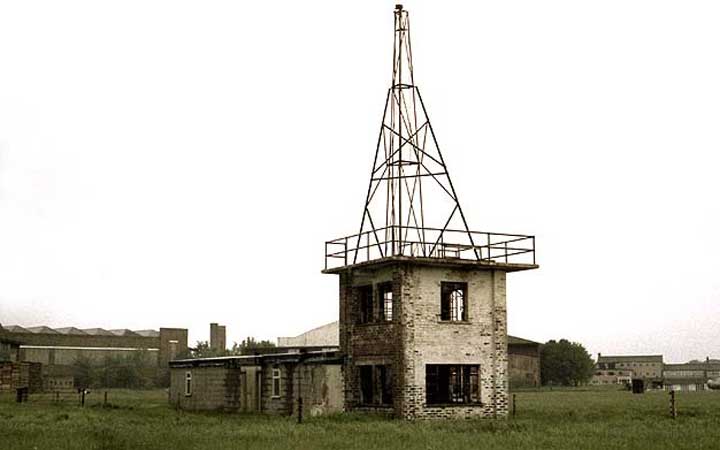 The airfield did not close completely though. The main runway remains in use to this day as a general aviation airfield. It is used mostly on weekends. The old control tower, which was derelect until about the turn of the century, was recently restored and returned to use. The airfield is also home to Chris Jones Gyroplanes. 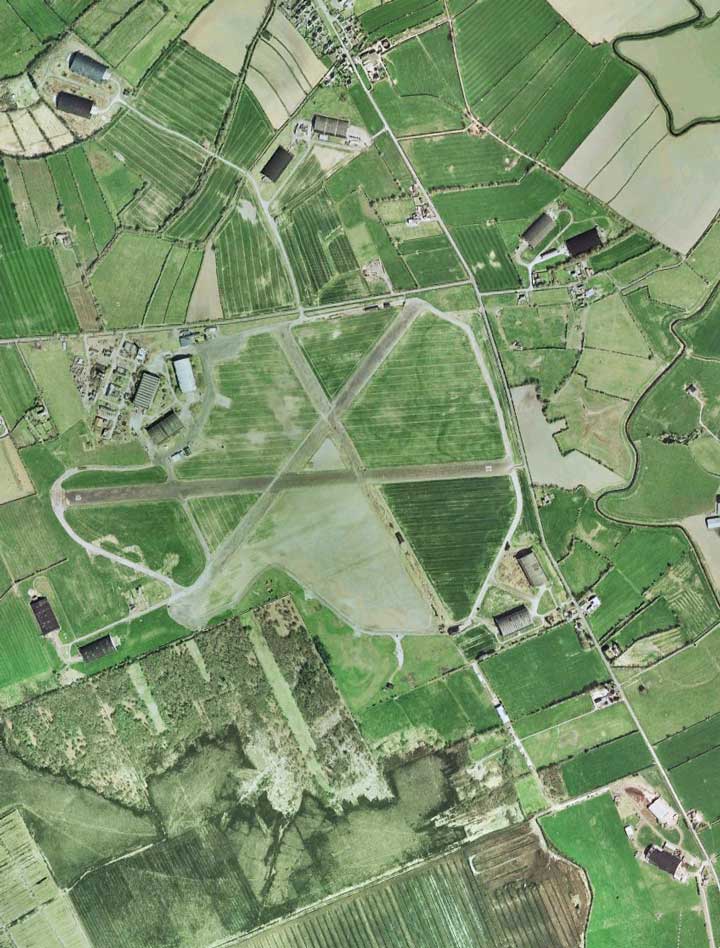 Kirkbride airfield in 2003, notice the distance of some hangars to the actual airfield (Google Earth) 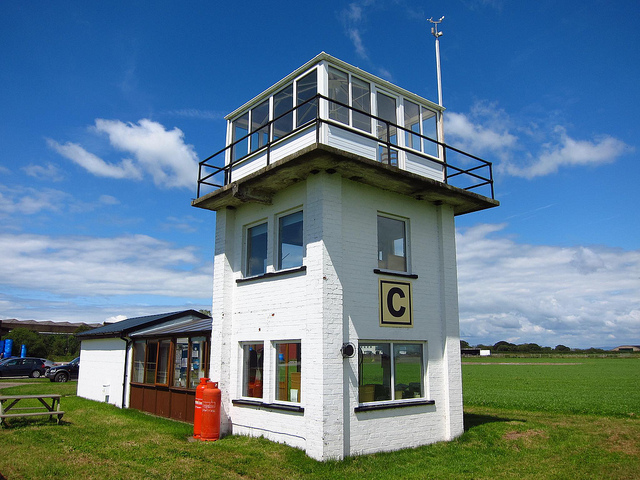