Limbaži airfield (also known as Langači airfield, ICAO: EVLI is an airfield 70 kilometers north of Riga, Latvia.
The airfield was built by the Soviet Union in the 1975-1985 timeframe. It was used for agricultural activities by state-run Aeroflot. It consisted of a small runway and a single medium sized platform to the southeast of the runway. 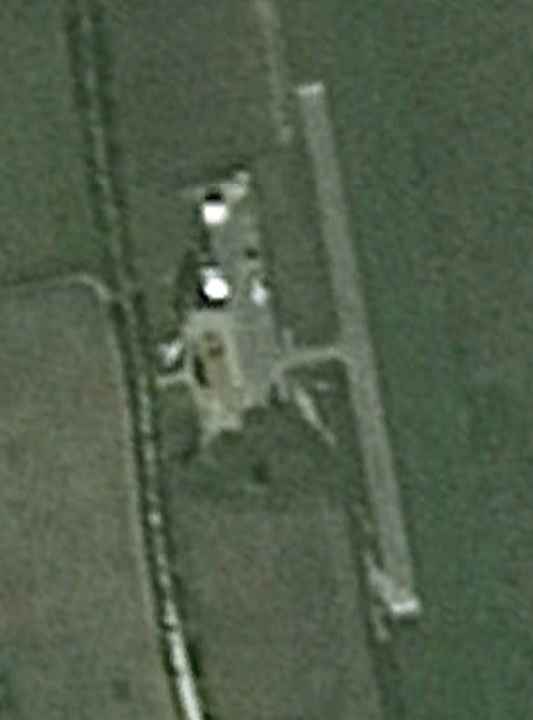 Grainy and undated aerial photo of the airfield (Google Earth) 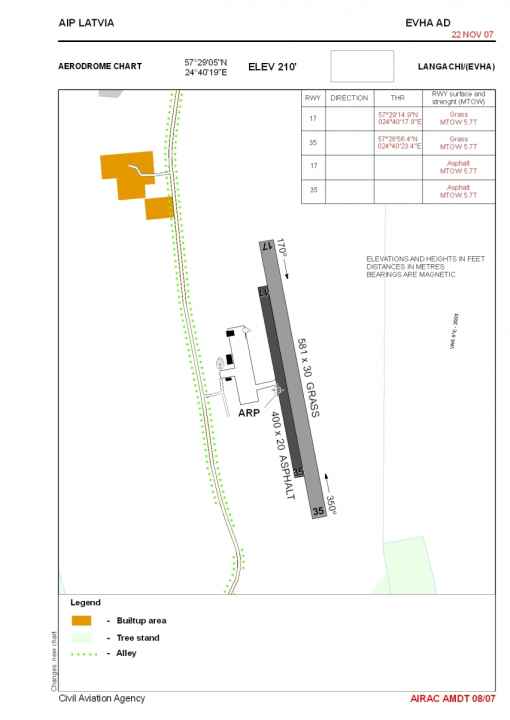 2007 Aerodrome chart of of Limbaži airfield.

Latvian Airfields lists this airfield as 'good'. Until the late 1990s the airfield was owned by the Latvian Ministry of Defense. It was then sold to private investor and aviation enthousiast Gunar Licitis. The airfield was certified in 2006 and appeared on aeronautical charts in 2008. In 2011 it hosted a flying club and flight school.
Its owner has plans for an expansion of the airfield, which includes new hangar space.