Marathon air field (ICAO: LGMR) was an airfield 30 kilometers northeast of Athens.
It served as Athens main General Aviation airfield. Although the airfield was never an issue with local residents, it was closed in 2001. In spite of much local protest, it was turned into an Olympic rowing facility for the Athens 2004 Olympics. To achieve this objective, its runway was completely dug out and filled with water early in 2002. 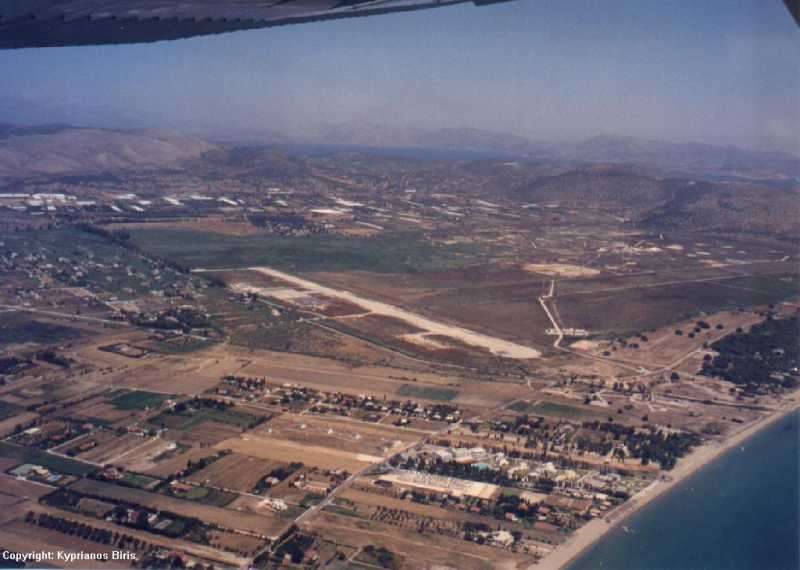 Marathon photographed in 2000 by Kyprianos Biris (via HellasGA.com, used with permission). 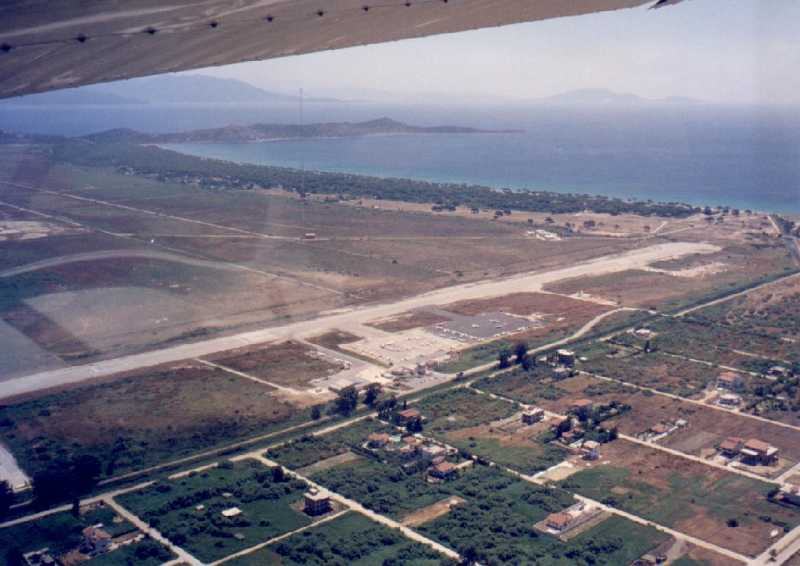 Marathon tower in 2000 (Kyprianos Biris, via HellasGA.com, used with permission).

Only the old control tower remains on the western edge of the site. The site is now home to the Schinias Olympic Rowing and Canoeing Centre, one of only three FISA-approved training centers in the world. 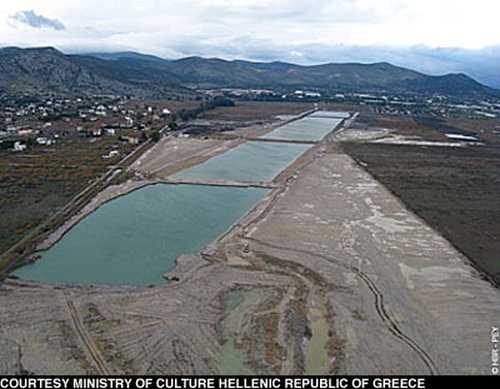 The airfield had disappeared completely in January 2002 (photo via archaeology.org). 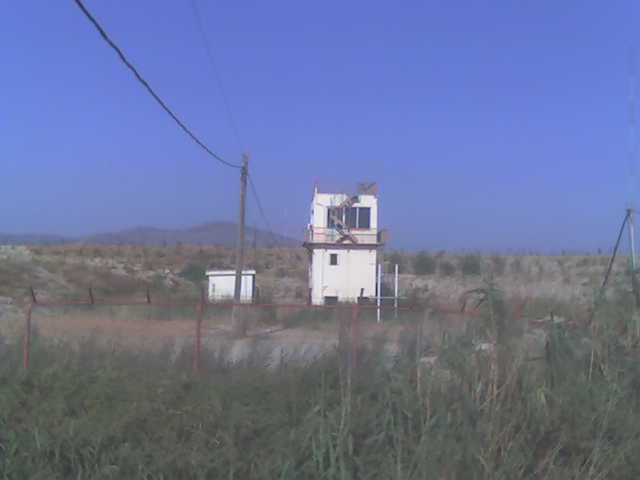 The control tower was the only reminder of the airfield that survived the Olympic Games into 2005 (Kyprianos Biris, via HellasGA.com, used with permission). 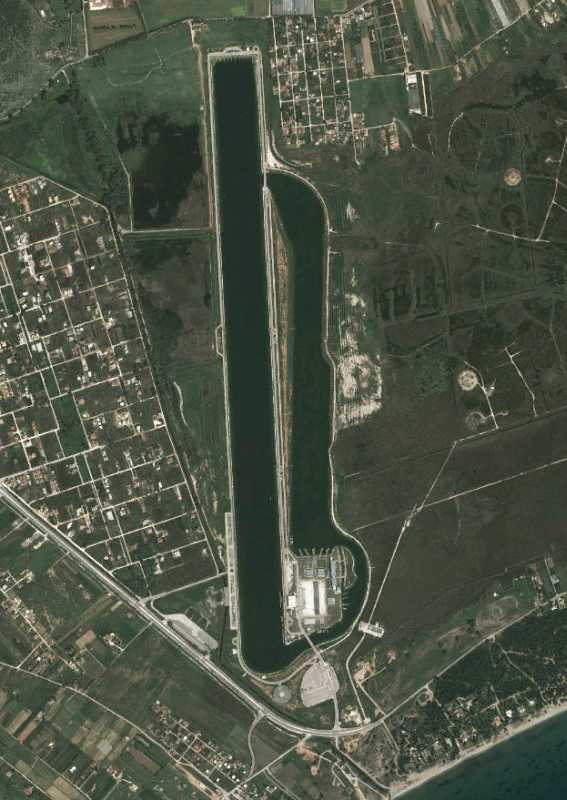