Milfield airfield was an airfield 80 kilometers southeast of Edinburg. The airfield was built as a Class-A between 1941 and 1942.  It opened as an Operational Training Unit airfield in August 1942. Although intended as a bomber OTU it went into service as a fighter OTU.  2000 men and women worked at the airfield.
Although the original plan was to have WAAF and regular RAF personnel seperated, the airfield was so dispersed that the Air Ministry decided it would be wiser to have each dispersed site house a mix of Officers, NCOs, airmen and airwomen. By doing so they intended to reduce the effects of casualties to any section at the airfield. 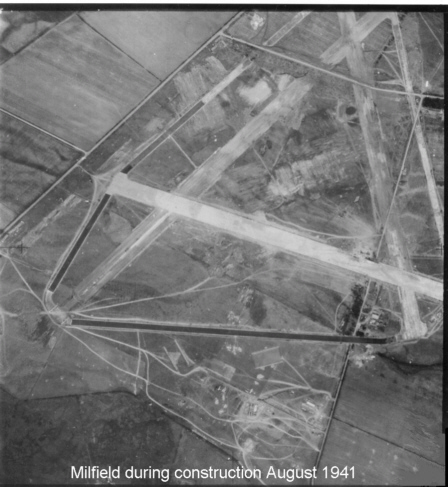 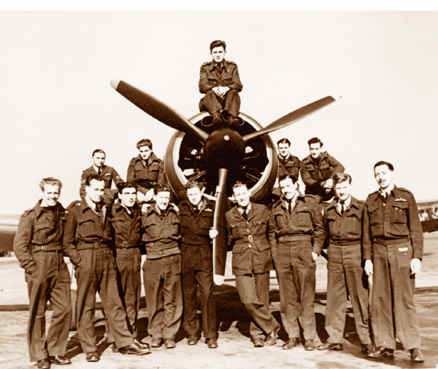 One of the crews which operated Miles Martinet aircraft for towing targets at Milfield (Maelmin.org).

When it opened on 4 August 1942, 59OTU flew in to the airfield, as well as its satellite airfield RAF Brunton. Courses ran for 9-10 weeks, with 30 pilots graduating each week. The first 5-6 weeks were spent to prepare the pilots for basic solo flying on Hurricanes. They would then move on to Brunton for another 3-4 weeks of flying Hurricanes, but then in formations and simulated combat conditions.
Students came from all over the world: the USA, Canada, South Africa, Australia, New Zealand and Great Britain. They already had an average 130 hours of flight experience, most of them from their basic training in Canada. By the end of the year a low attack training school was formed with tought the fighter bomber role to pilots. These pilots played a decisive role during 'Overlord' and thereafter.
After the war was over the RAF wihdrew from the airfield. It was retained by the Air Ministry however. 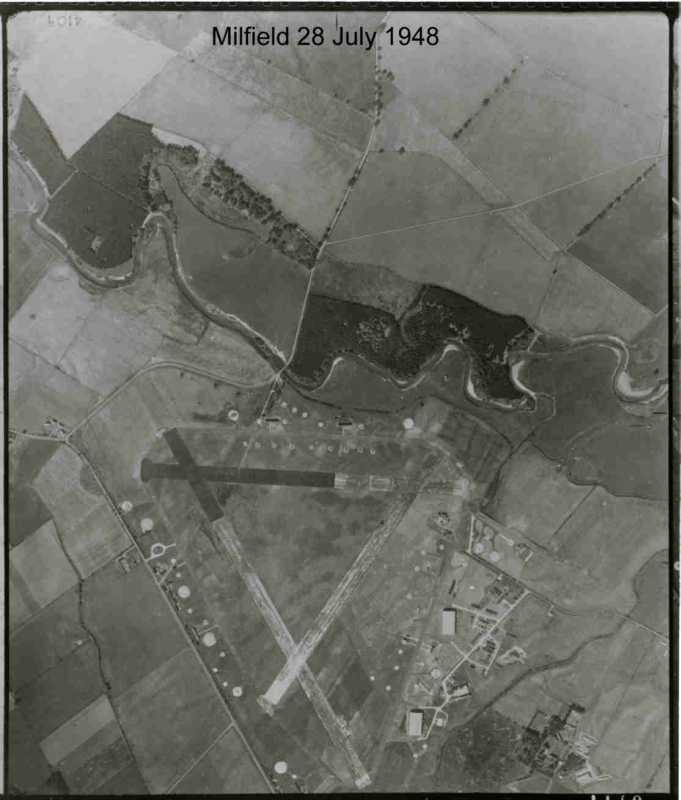 The Borders gliding club has been using the airfield since November 1970. They own small hangar on the southeast side of the field.
In 1975 the Tarmac company began excavating aggregate and sand from the airfield. Levelling earlier excavations, they turned the location in a viaually more pleasing area.
A late as 1977-1978 Air Anglia (now part of AirUK) flew from the airfield twice with a Fokker F.27 Friendship to see if a commuter servie to several European destinations would be feasible. Nothing came from the project however. 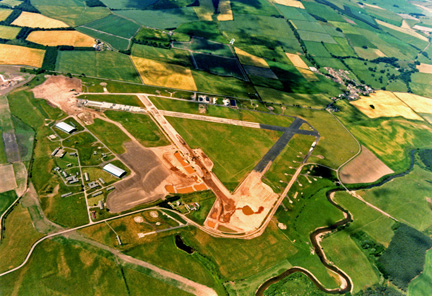 Milfield Aerodrome during the 1970s when the runways were being mined for aggrevate gravel. Two hangars and several buildings were still present at the airfield. (Graham White, Flickr)

A food processing plant was erected on the NW side of the former airfield in 1991. Most of the runways and taxiways were torn up for aggrevate. Only two taxiways, one to the west and one to the north, the heads of two runways( to the north) and some dispersals (to the north and east) remain.
A more expansive history of the airfield can be read at milfield.org.uk.

Milfield airfield in 2003, when part of the logistics site and foundations of a hangar could still be recognised on the east side of the airfield, behind the glider club hangar (Google Earth) 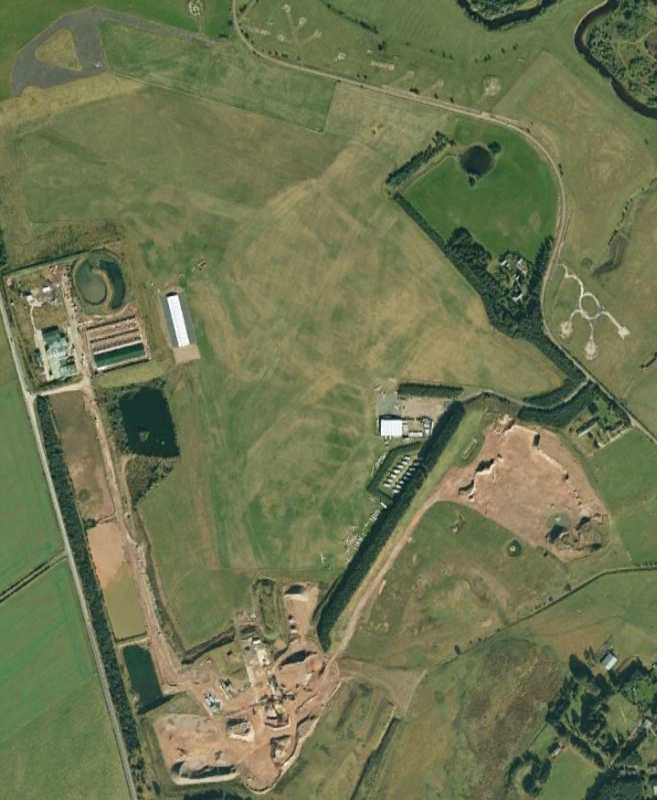 Milfield airfield in 2007, the layout of the logistics site on the east side of the airfield, behind the glider club hangar has completely disappeared (Google Earth).