Milltown airfield (also known as RAF miliitown, RNAS Milltown and HMS Fulmar II) was an airfield 190kilometer north of Edinburgh, Scotland.
The airfield was constructed from October 1941, when it was found that the decoy airfield was more suitable as a real airfield. Construction of a B1 and T1 type hangar and three runways was completed in April 1943. It was initially intended as a Coastal Command OTU (Operational training Unit) with a secondary role as an advance airfield for Bomber Command. All plans were abandoned, however, and the airfield became a satellite for RAF Lossiemouth.
In December 1943 the airfield was employed for the display of combat gliders under Operation Tundall. The operation was intended to fool the Germans into believing the RAF was a serious threat to Norway. Between 1943 and 1945 the airfield was used by No.20 OTU (Wellingtons) from Lossiemouth.
In September 1944 the station was handed to Coastal Command. It became home to 224Sqn Liberators on temporary deployment from southwest England to counter U-boats from Scandinavia. In 1945 Coastal Commands No.1674 Heavy Conversion Unit (Liberators) used the airfield. They shared the airfield with No.111 (Coastal) OTU (Liberators), which remained until 1946.
Although it never served at the airfield, 311 (Czechoslovakian) Squadron disbanded at the airfield in February 1946. By that time it had been already operating from Prague for nearly 6 months however. 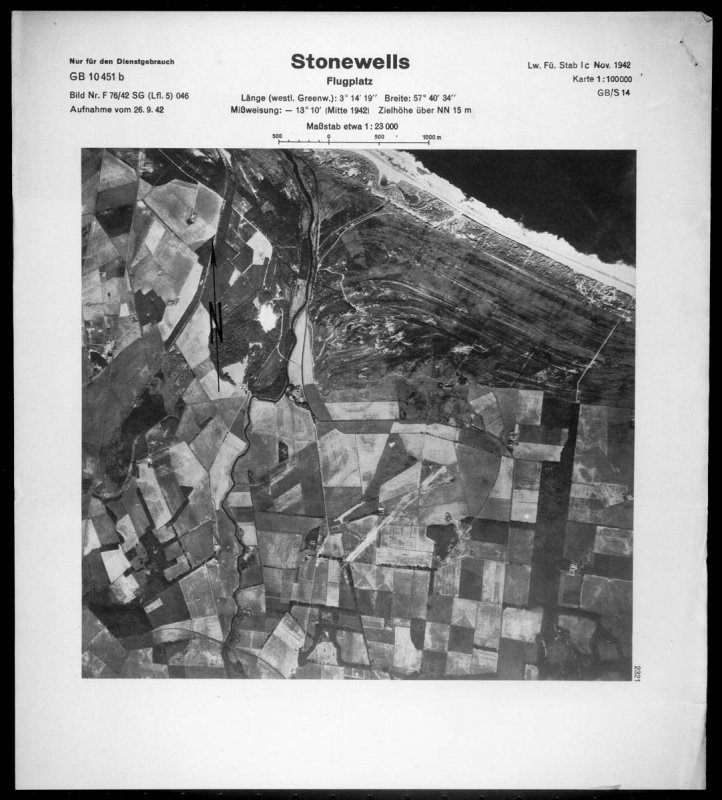 The Luftwaffe very early on discovered something was happening at Milltown. They named the place Stonewells however. Clearly visible is the beginning of construction of runway 04/22 on 26 September 1942 (rcahms.gov.uk). 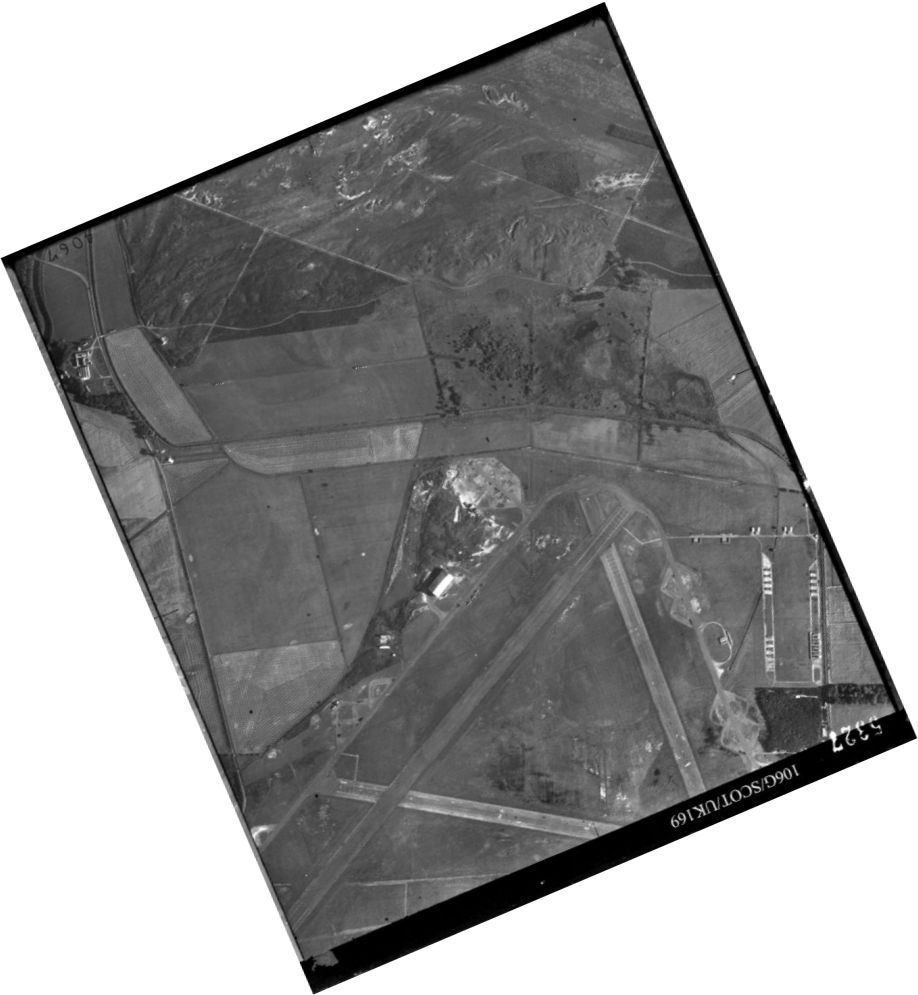 Shot between 1944 and 1950, this photo shows the northern part of the airfield and the bomb store. The image was rotated by me to make it positioned to the North correctly (rcahms.gov.uk).

After the war the role of Lossiemouth greatly diminished, and with it did the role of Milltown. On 2 July 1946 Lossiemouth was handed over to the Royal Navy, becoming HMS Fulmar the next day. RAF Milltown followed suit, becoming HMS Fulmar II, and remaining the satellite of Lossiemouth under Royal Navy control. Milltown was to become the Deck Landing Training School. It received a Mirror Landing Installation to allow trainee pilots to practice Mirror Aerodrome Dummy Deck Landings. Ultimately HMS Fulmar II became the largest Naval Air Station in Scotland.
In September 1972 the airfield was returned to the RAF however. Until 1977 it remained active as an airfield, albeit mostly used by gliders of No.663 (Volunteer) Gliding Squadron of the Air Training Corps. 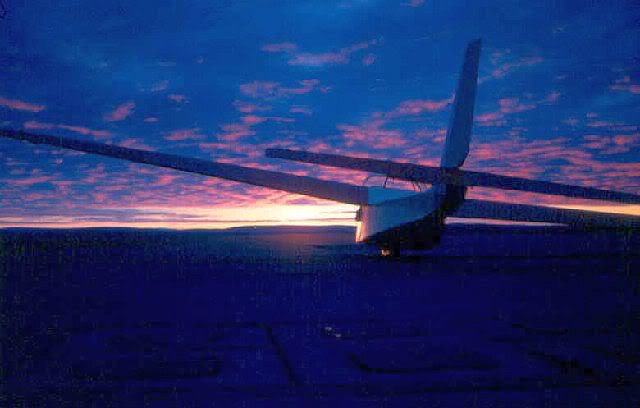 After 1977 the former airfield became a strategic communications site, with at least 50 antennas visible. Such radio stations were rationalised between 2003 and 2006, meaning those operations came to an end at Milltown in 2006. Since the antennas have been torn down. The airfield is surplus to requirements, but the MoD retains the site for 'services use'. Its runways, taxiways and dispersals can be clearly recognised from aerial photography.
A single hangar remains standing at the airfield. Some buildings associated with the radio station were erected west of the main runway. 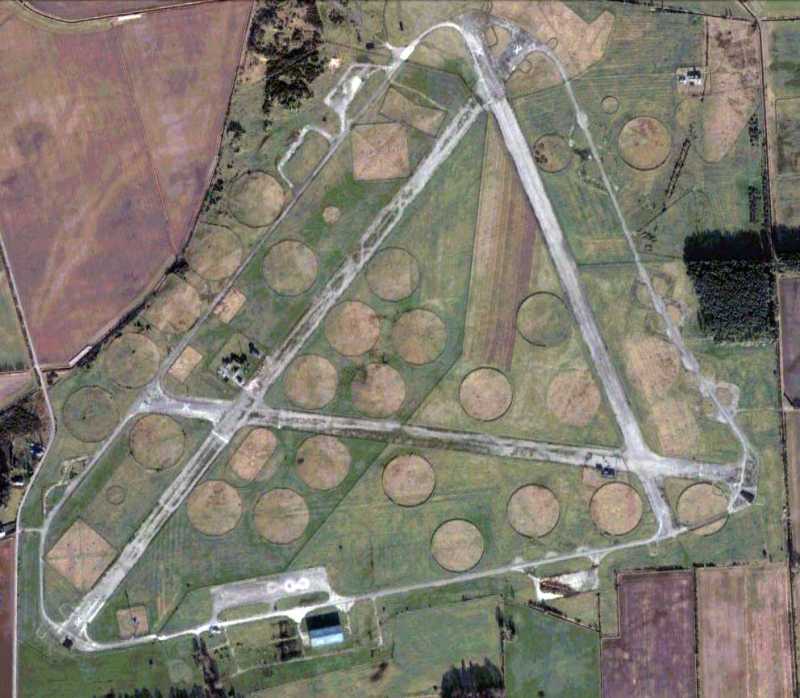 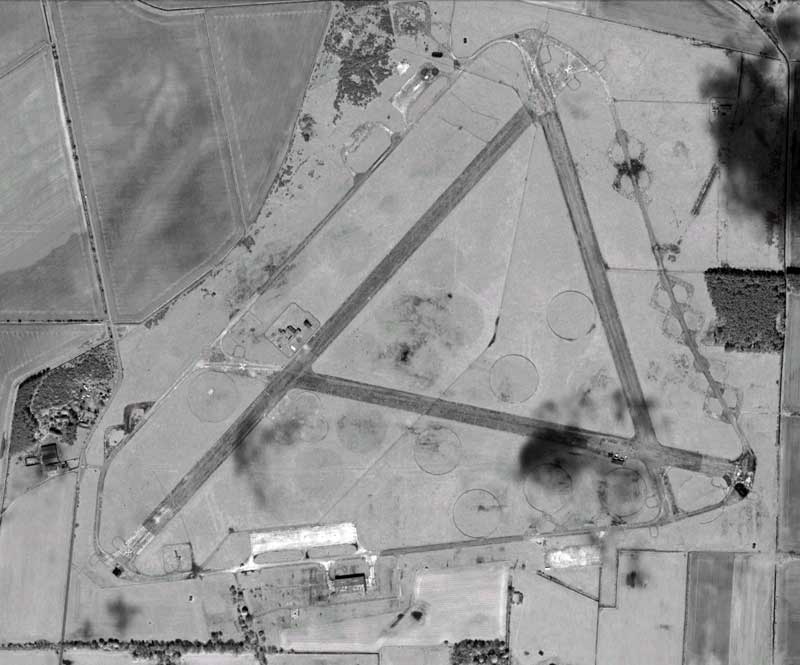