Air field Montdidier-Fignières (Aèrodrome Montdidier-Fignières, ICAO: LFAR) is an airfield 100 kilometers north of Paris, France.
Very little can be found on the history of the airfield, but it was already in use by the Luftwaffe in 1944. As a Luftwaffe airfield it was bombed several times by Allied bombers. The airfields runways were laid down in an unusual six-pointed star shape.
After the Allies captured the airfield it was appearantly not used, because it never received an ALG number. It did receive a USAAF station number however (398 Montdidier), which might indicate at least some USAAF personnel were stationed at the airfield. 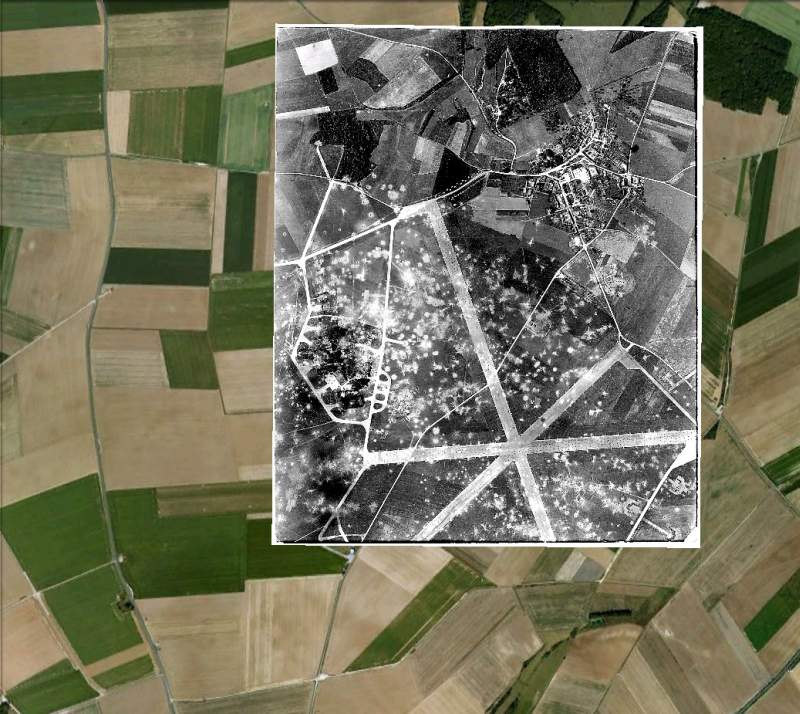 The Luftwaffe airfield Montdidier shot on a reconnaissance flight in 1944, superimposed on todays area. The taxitrack in the lower left today forms the access road to the present day airfield (Google Earth). 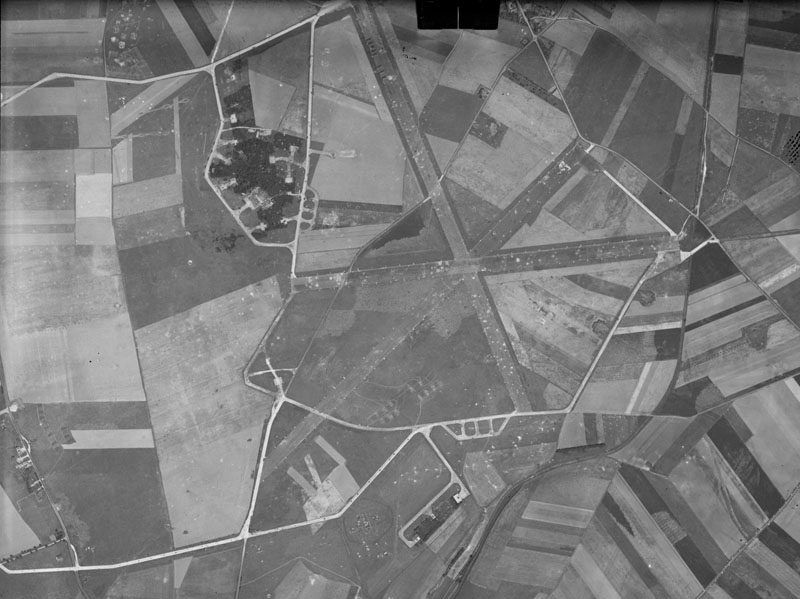 Montdidier-Fiegnières photographed by IGN in September 1947, 3 years after the region was liberated from the Nazis (IGN, via geoportail.fr).

Postwar map, believed to be ca. 1950s, showing Montdidier in relation to the Roye-Amy and the Rosières-en-Santerre airfields. 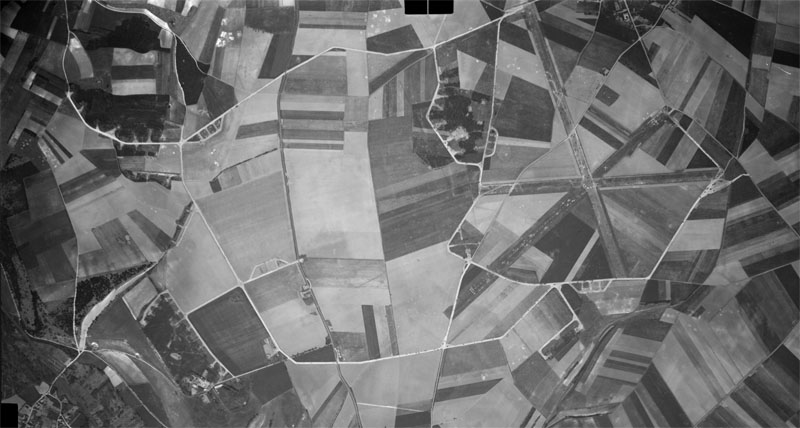 Although runways are the most visible part of the airfield, the dispersals were equally important. This photo, shot in 1955, shows to what length (literally) the Germans went to hide their aircraft (IGN) 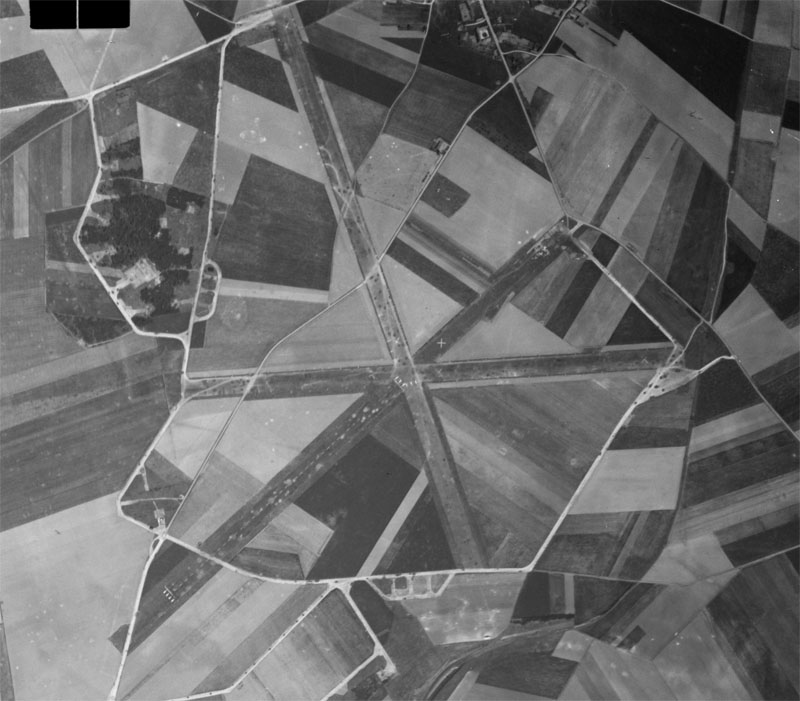 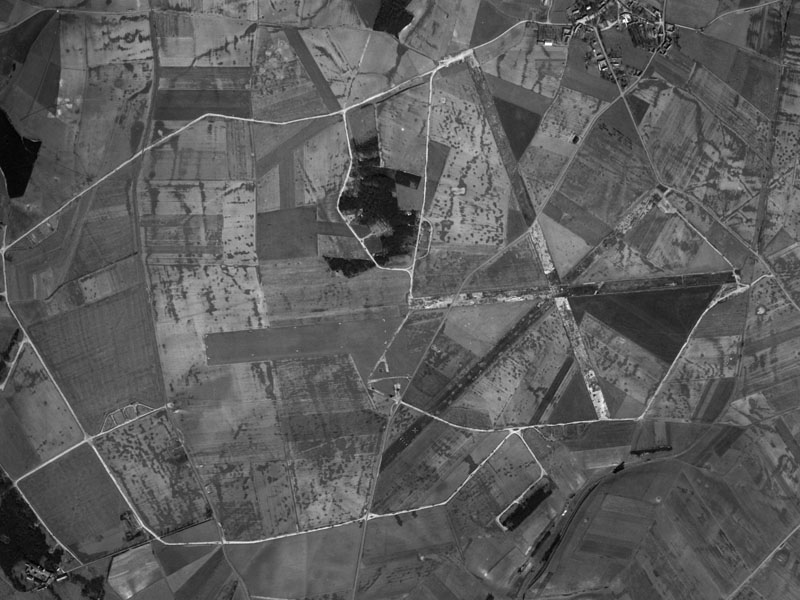 In 1963 the hardened 05-23 runway had been replaced by a much winder grass runway west of the wartime 09/29 runway. The concrete runways were subsequently removed until...

...in 1967 the outlines were the only visible reminder that there once were concrete runways here.

During the mid-1960s the airfield was largely broken up, and returned to agricultural use. A small light aircraft airfield replaced the airfield around 1960. It is located on the taxitrack (which it uses as an access road) to the old 09/27 runway. If you know what to look for, more remains of platforms and taxitracks of the old wartime airfield are still visible. 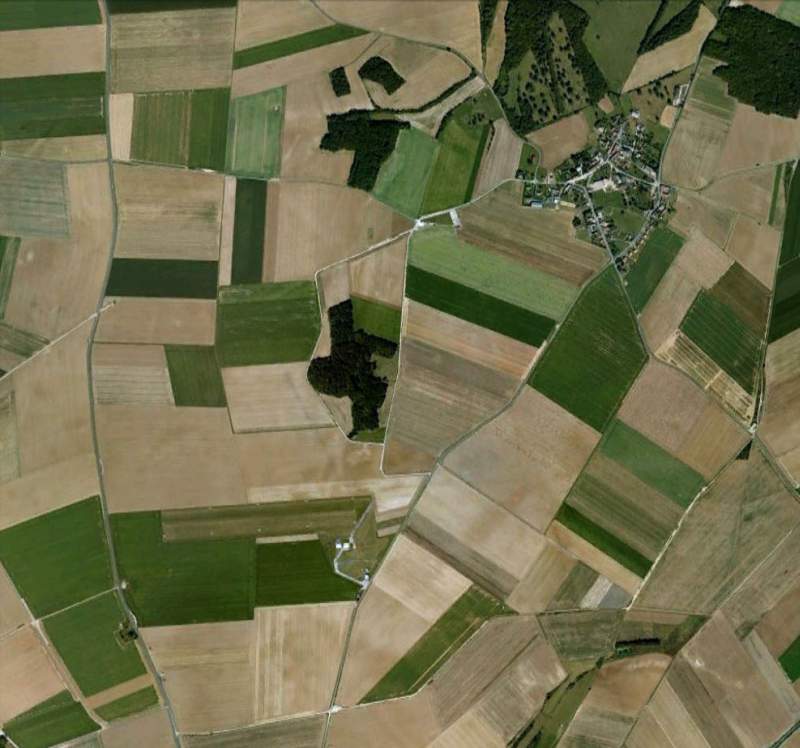 Montdidier in 2007, the access road to the present airfield is clearly recognisable and if you look really good, you can still see discolouration in the soil from the concrete runways (Google Earth).