47°20'28"N 000°53'30"E
runway: 03/21 - 825x50m - grass
Nitray airfield (Aérodrome de Nitray) was a small private airfield 200 kilometers southwest of Paris.
It was built in 1963 on the property of mister Etienne d'Halluin, not too far from his castle. He built his airstrip straight through his vineyards. Other farmers did not understand why he would sacrifice good vines to make a runway for a plane! The runway was built because mister d'Halluin just bought a RF2 plane from mister René Fournier a few months before. 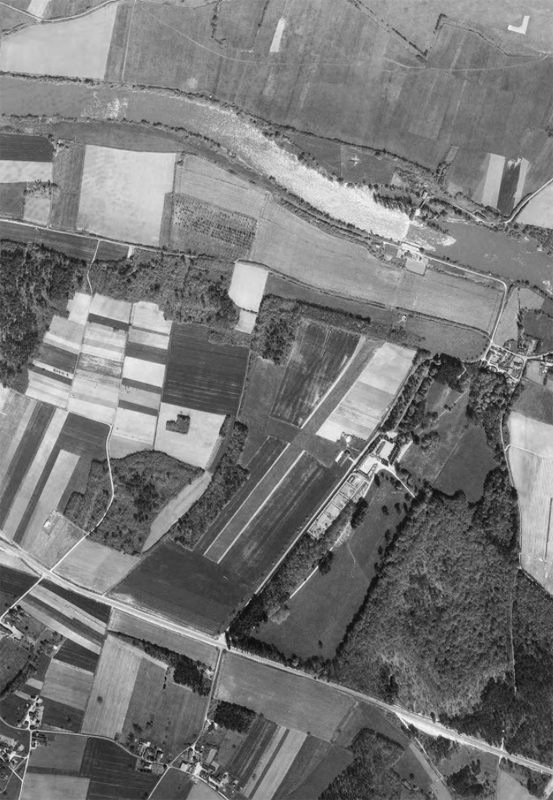 At the time, René Fournier made his planes on the the airfield of Gap in the south-east of France. But in 1967, René Fournier was searching for another place to buid new aircraft. His friend Etienne d'Halluin did not hesitate to propose to build a little hangar at Nitray and use his private track for flight testing of new aircraft. 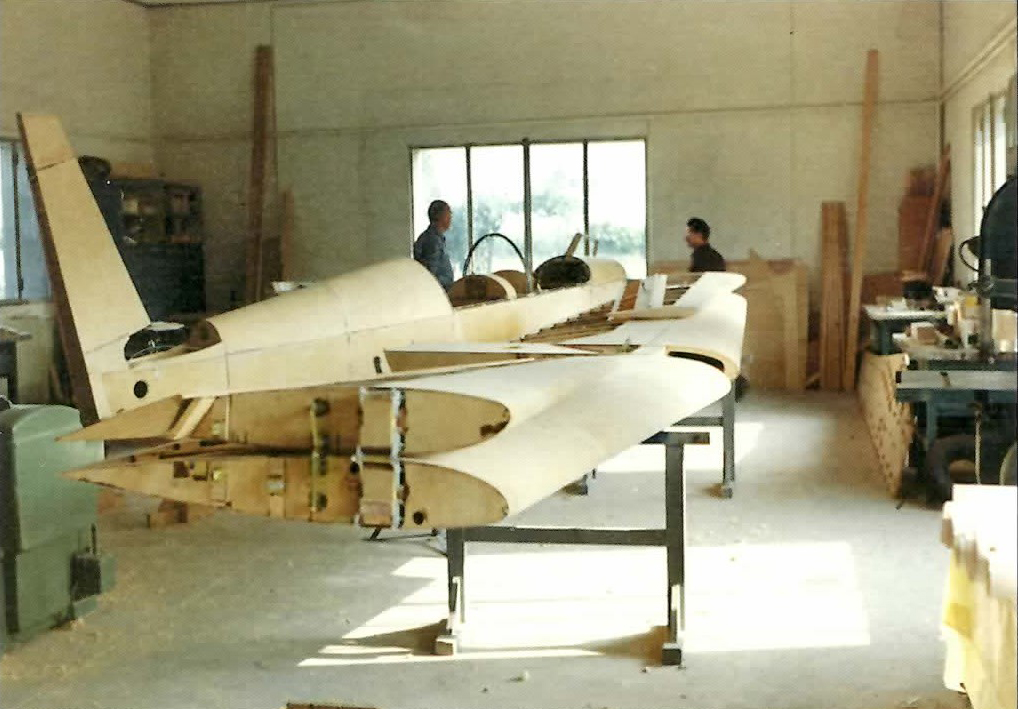 1967 provisional workshop near the castle of Nitray. Prototype of the RF5. (Courtesy of René Fournier) 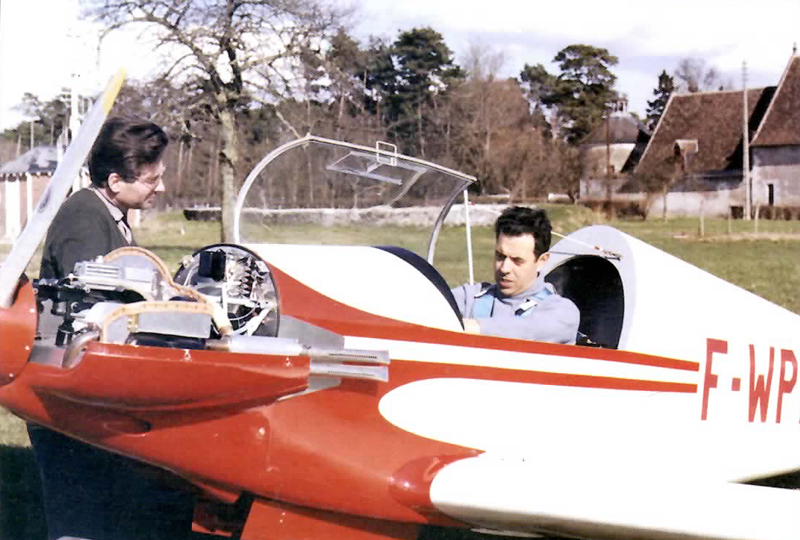 René Fournier (in the cockpit of the RF7 prototype) and his mechanic Jules-Marie Bernard just before the types first flight which took place at Nitray in 1969 (Courtesy of René Fournier).

Other aviation constructions were also made at Nitray, such as a hot air balloon. By 1975, the fouriner's aircraft business had become such that the small shop near the castle became too small. A new hangar was built on the other side of the runway. The runway itself was extended to the road and a taxiway was constructed. 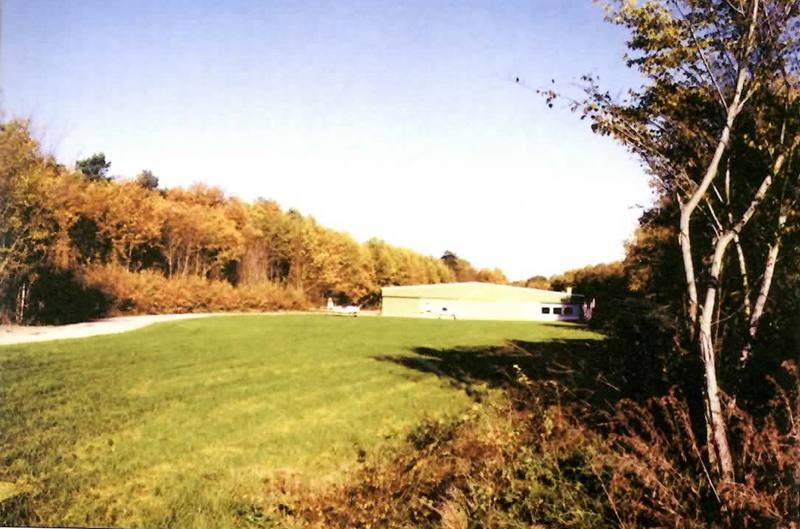 Integration into the environment was praised by environmentalists. (Courtesy of René Fournier) 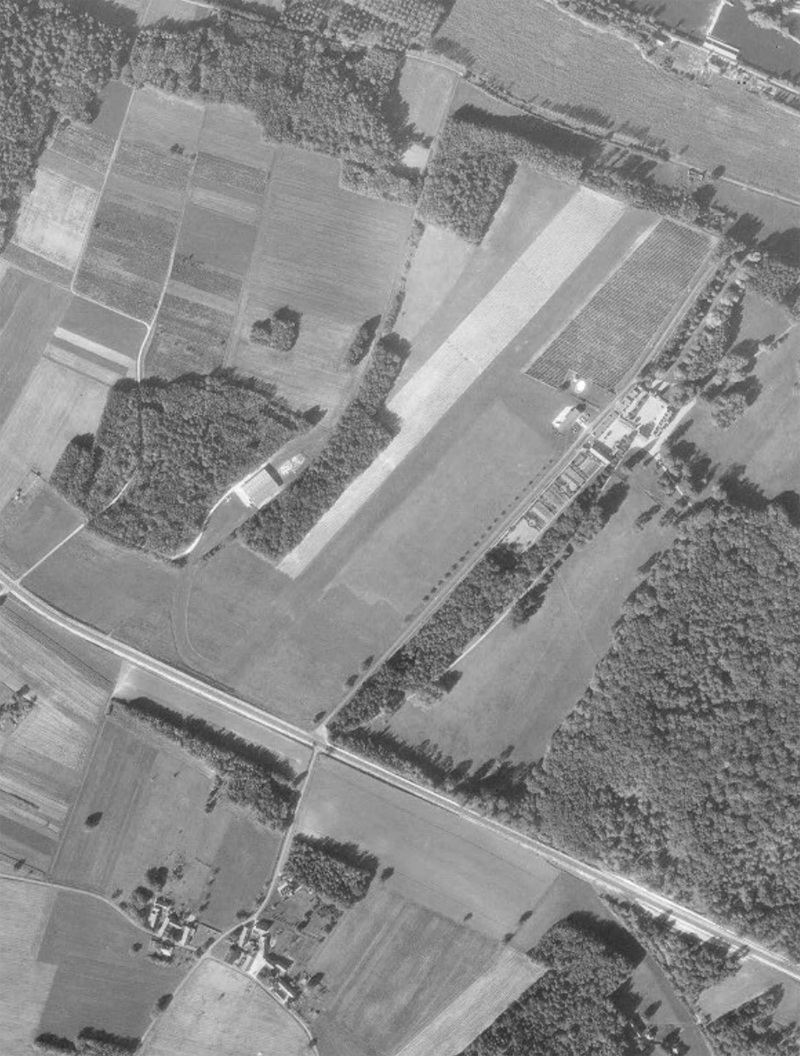 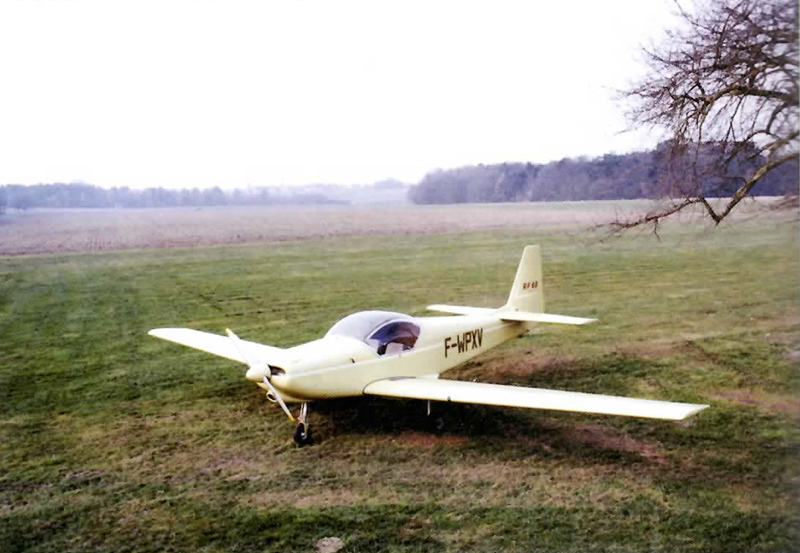 1976 Creation of new models continues with the famous RF6B. (Courtesy of René Fournier) 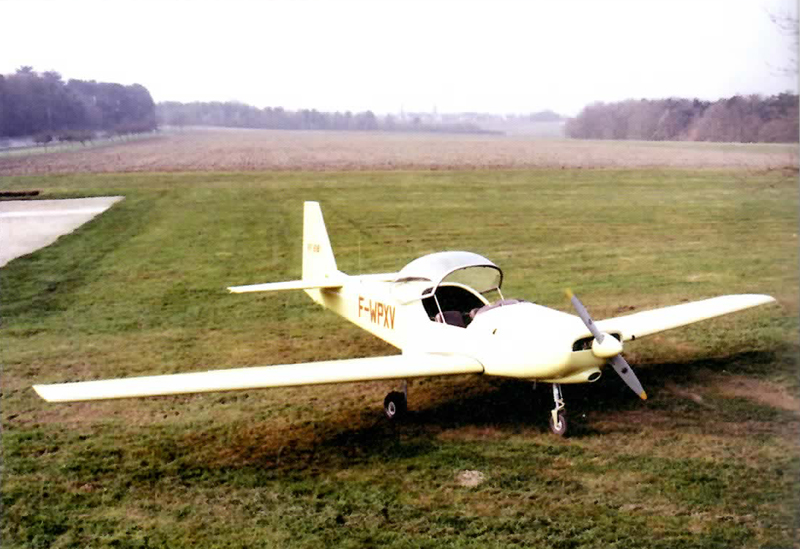 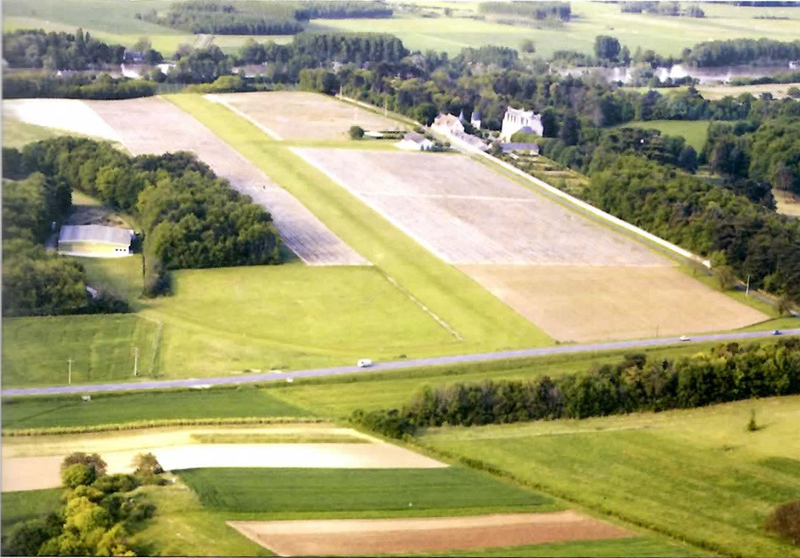 1976, aerial view of the airfield. (Courtesy of René Fournier)

In 1985, René Fournier became eligable for retirement. He sold his licenses to build aircraft and the airfield was definitively closed. The runway was replanted with vines. The hangar still remains, it is now in use by a local company. 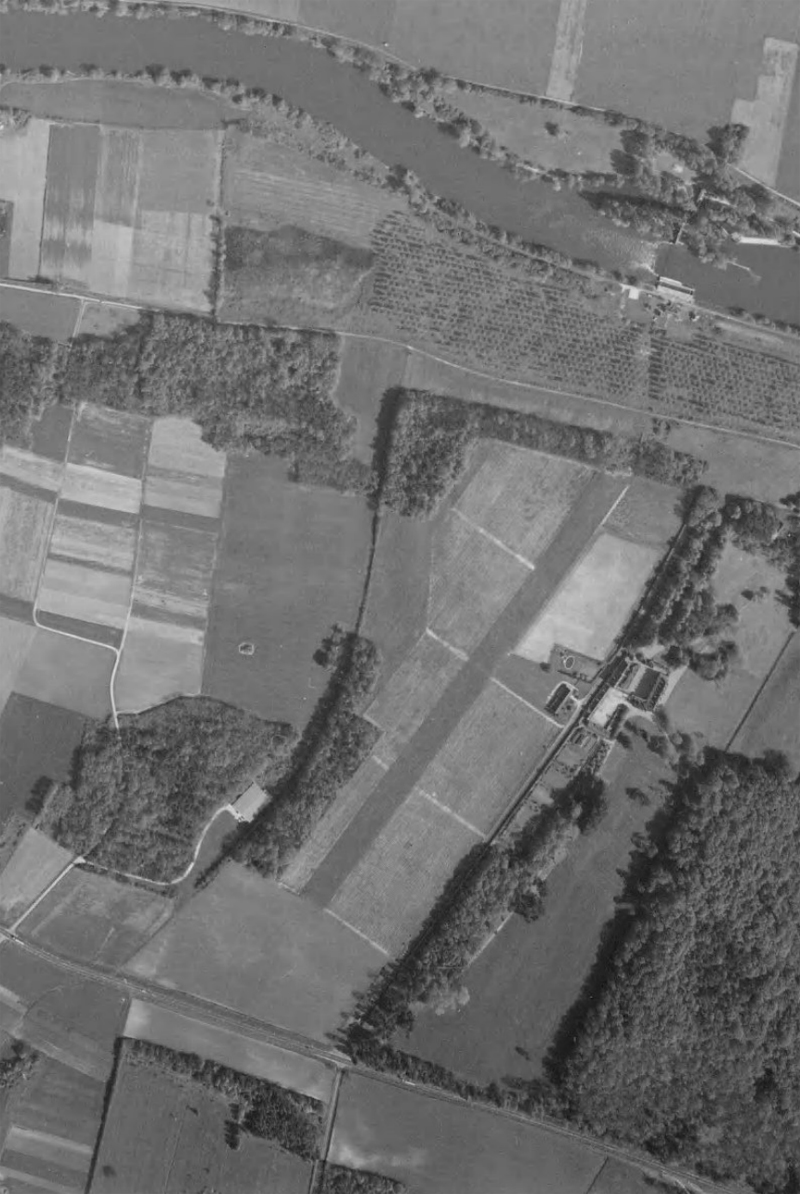 1988, the track has been replanted with vines. taxiway is gone but the shed is still visible. 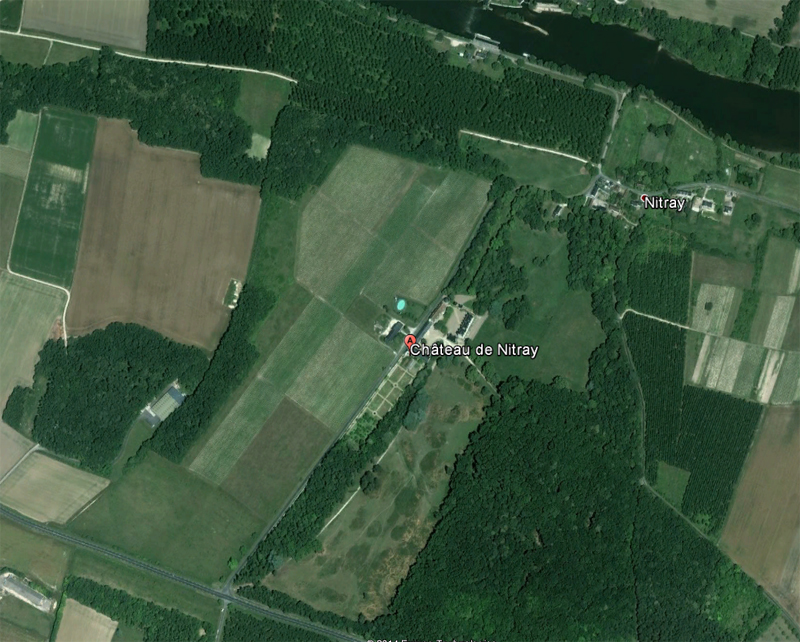 Thank you very much to Mr. Rene Fournier for allowing me to reproduce documents from his book to be re-published on forgottenairfields.
In 2014, René Fournier is 94 years old and still very active! Mr. Fournier, you are a great man! 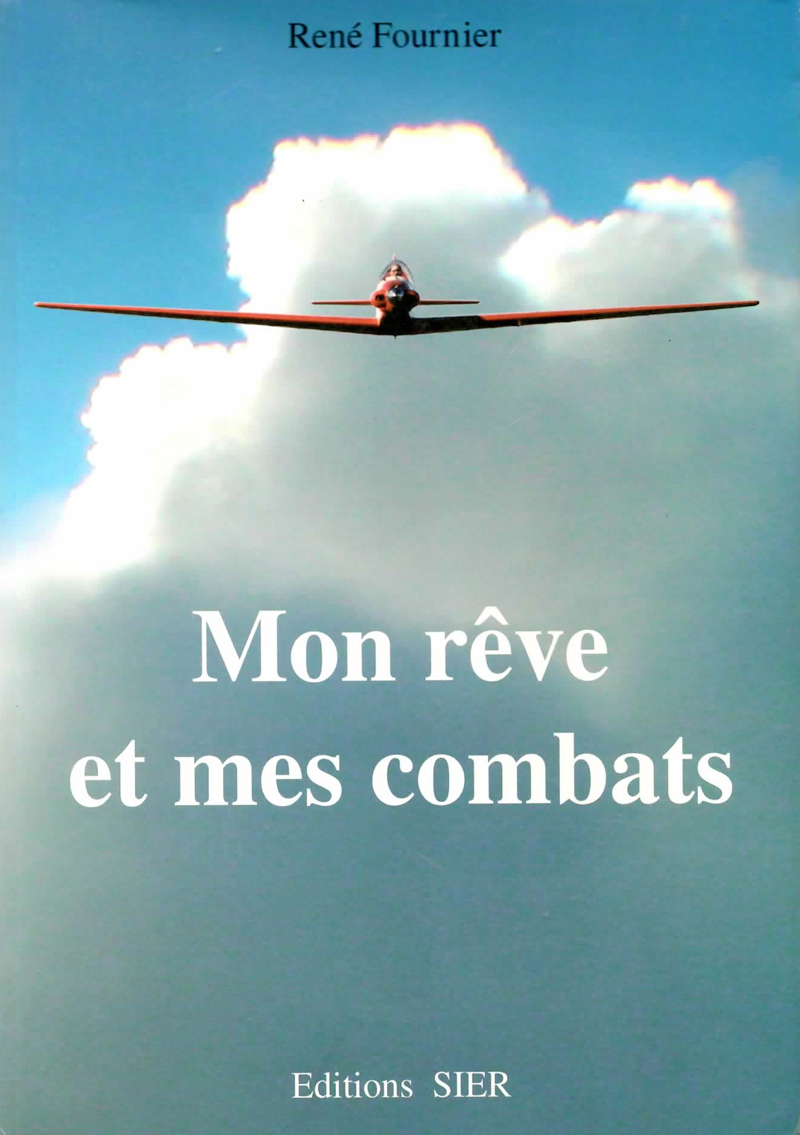 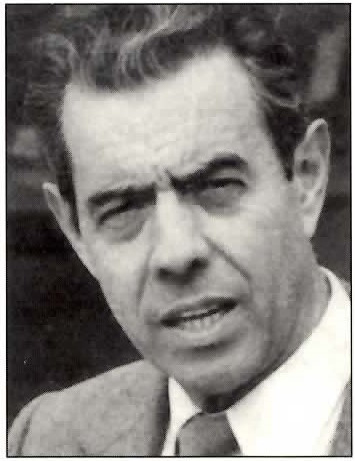 More information about Nitray airfield and about René Fouriner can be read from his book,
which is also available in english. Club international René Fouriner. CFI France ¤ CFI USA