Outer Skerries air field is an airfield on the Outer Skerries islands in Shetland in Scotland
The airfield was built in the early 1970s in an attempt to break the isolation of the Shetlands, it opened in May 1974. Scheduled services are flown to remote airfields using Britten-Norman Islanders. The only service here is from Tingwall on Shetland mainland. It is a strictly VFR 12-minute flight to the easternmost airfield in Scotland.
The airfield only has a runway, there are no other facilities. The population on the Outer Skerries is so tiny (less than 70) that the airfields firebrigade doubles as the airport handler. 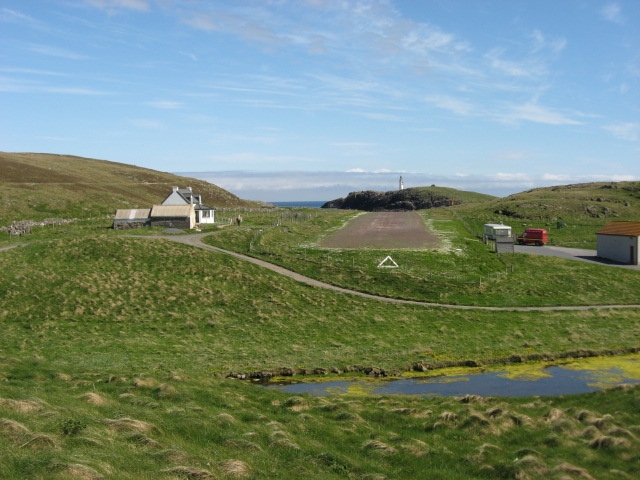 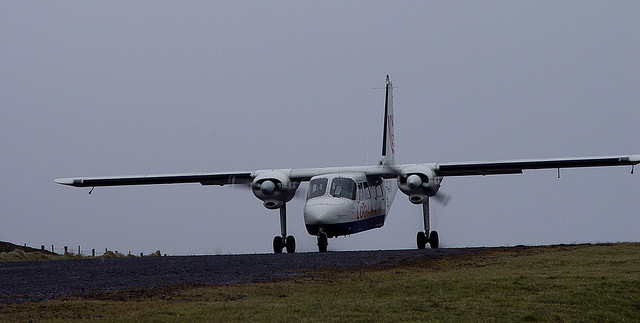 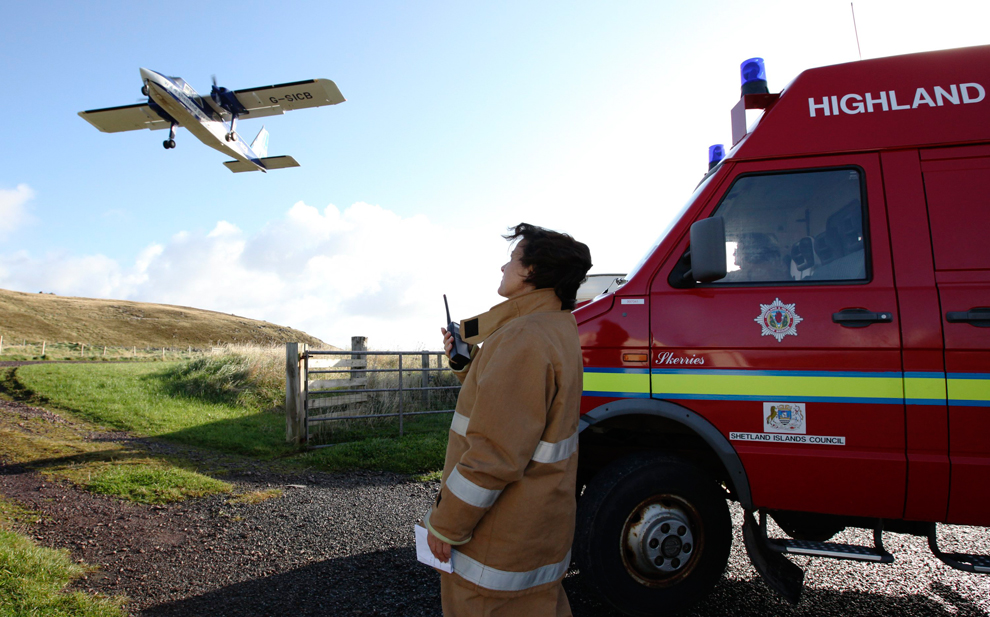 Out Skerries firewoman Alice Arthur on watch during the takeoff of an Islander (Blogspot).