Pantanella airfield was a semi-permanent airfield located approximately 15km south of the Cerignola, Apulia, Italy.
It was part of the Foggia Airfield Complex, a series of World War II military airfields located within a 25 mile (40 km) radius of Foggia. It had extensive taxiways, hardstand parking areas, a steel control tower and capacity for approximately 150 heavy bombers with large support facilities with blister hangars as well as wooden structures. The airfield was completed by the United States Army Corps of Engineers with two parallel PSP runways in May 1944.
The airfield opened months earlier, in February 1944, and became home to two Heavy Bomber Groups of the 15th Air Force, composed of 6 squadrons in total. Both Bomb Groups (464BG(H) and 465BG(H)) flew the B-24 Liberator and participated in both strategic and tactical bombing missions throughout southern and eastern Europe. Over time both Groups earned two Distinguished Unit Citations whilst at Pantanella.
After V-E Day, both Groups were assigned to 'Green Project', which was the return of troops from Europe to the United States via the South Atlantic Transport Route. For this role B-24s were modified with sealed bomb bays, the removal of all defensive armament, and internal fuselage equipped with seating to carry approximately 30 personnel. The airfield remained in operation until the end of the war and closed in July 1945.

Pantanella airfield during World War II with a large number of B-24s on the dispersals (photo kindly supplied by Matt Skillman of 464thbg.com). 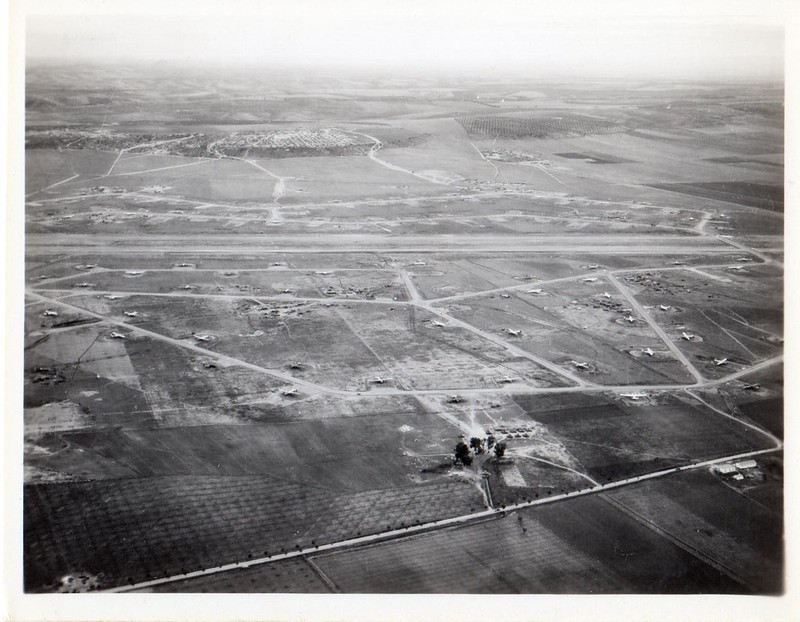 A much clearer version of the same photo of Pantanella Air Base, looking south towards the camps of 464 and 465 Bomb Groups in the background (Flickr). 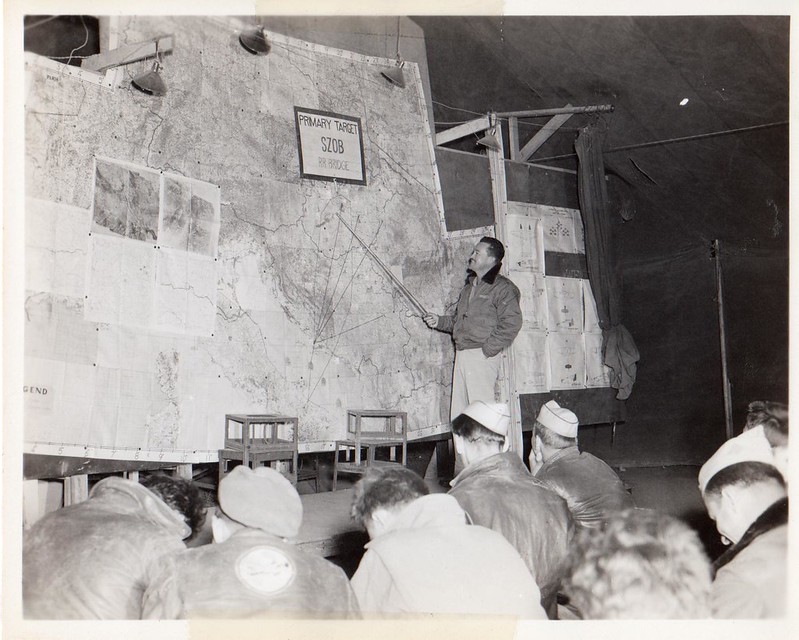 Mission briefing for a raid from Pantanella to Szob in Slovakia. The map shows why the Foggia Airfield Complex was so important for the war effort: it allowed the Allies to strike deep inside Central Europe, a.k.a. "the soft underbelly of the Nazis" (Flickr). 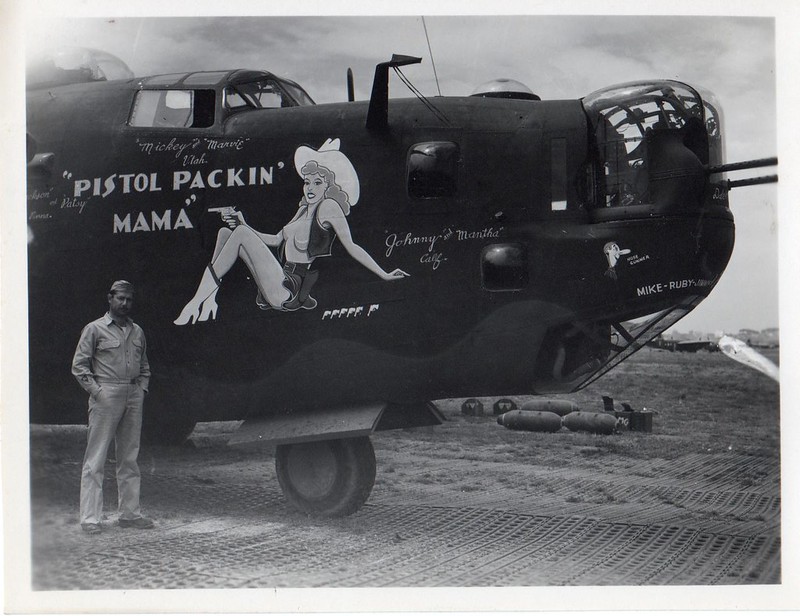 Pistol Packin' Mama was a 1943 hit song by Al Decker. The plane flew missions from Pantanella until 13 September 1944, when it was retired to make way for new bombers (Flickr). 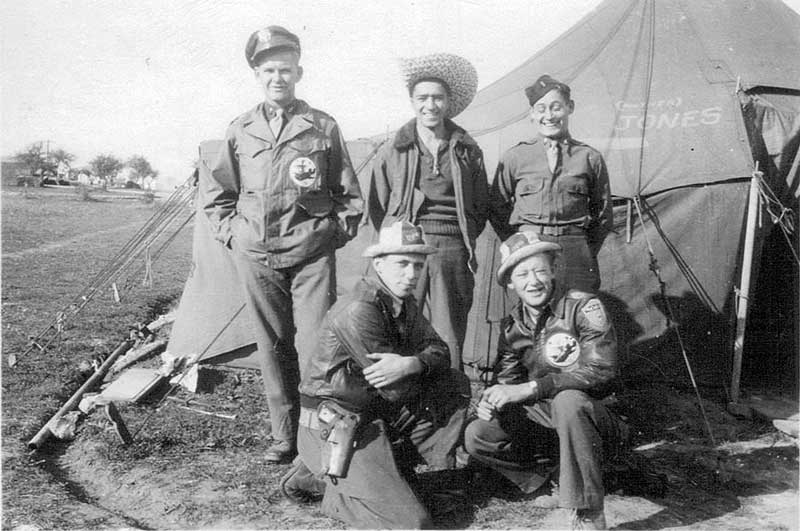 One of the bomber crews posing in front of their tent (photo supplied by Zane Adams (TX) in memory of his uncle G.N. Jones, who flew B-24's from Pantanella Air Base during WWII).

More permanent lodging at Pantanella, although still with a tent roof (photo supplied by Zane Adams (TX) in memory of his uncle G.N. Jones, who flew B-24's from Pantanella Air Base during WWII).

After the war, the site was abandoned and the land returned to agricultural use. Faint scarring of the land from former airfield was still visible on aerial photography like Google Earth in 2015. However, little or no physical evidence exists at ground level.

location of Pantanella in 2005 (Google Earth) 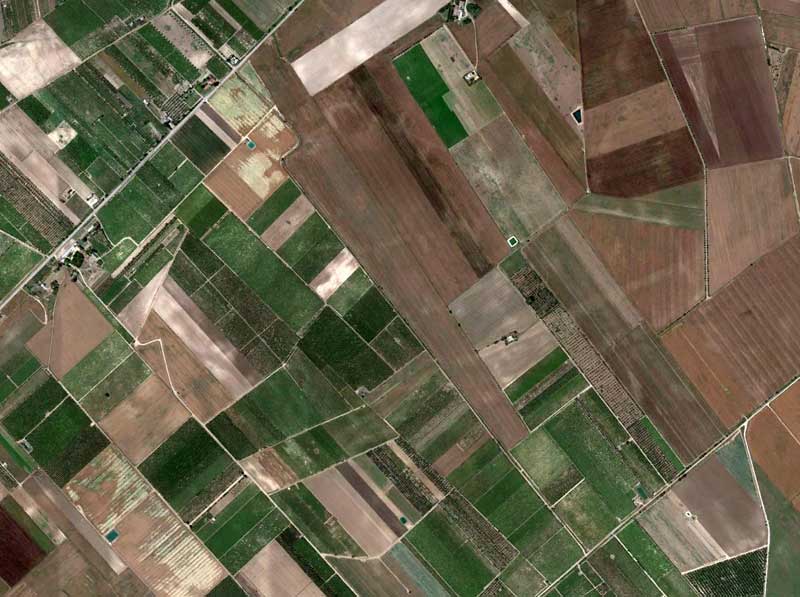