Air field Pantelleria (also known as Marghana airfield) is an airfield on the Italian island of Pantelleria, halfway between Sicily and Tunesia
The airfield was built from ca 1936 as an antagonist for the dominance over the Meditteraenian by France (from Bizerte) and England (from Malta). Obviously the British were very curious about the fortifications at Pantelleria. This resulted in many reconnaissance flights from Maltas Calafrana airfield. The flights always stayed just outside the 6 miles zone around the island, but that didn't hinder gathering intelligence much. In 1937 all British doubts were proven: the Regia Aeronautica was building an airfield on the island.
The area used for landings and takeoffs had a parallellogram shape, with the major axis about 1500m and the minor one about 900m long.
On the south-east side, two huge underground hangars (340 meters long and 26 meters wide) had been completed in September 1939, called Nervi and Bartoli. The maximum height was 18 meters at its peak, and there was also an internal fuel storage capacity of 400 cubic meters. The shelters were capable of holding up to 80 combat aircraft, or for instance 60 Macchi 202 and 6 SM.79 torpedo bombers or 30 Macchi202 and 12SM.79s, or bombers and fighters. The bombers were parked on the ground floor, while the fighters were housed on the upper floor, the latter was done by lifting hoists. 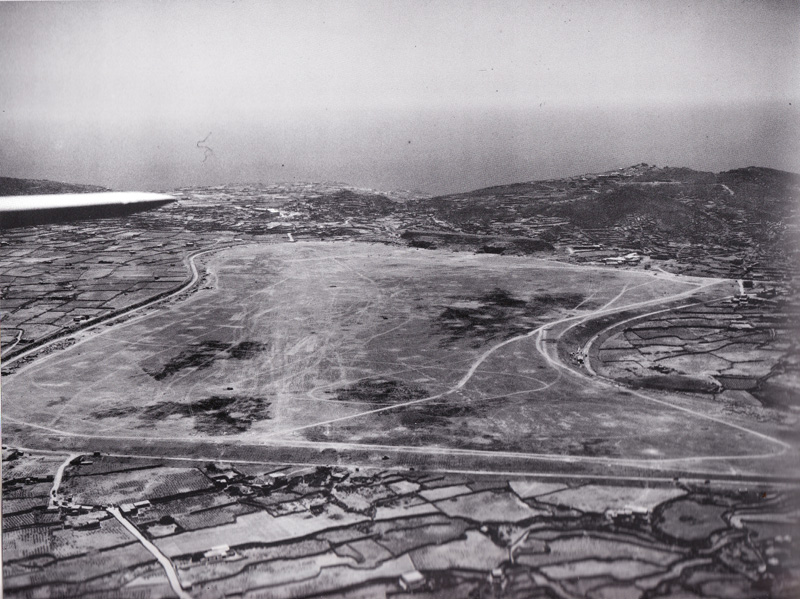 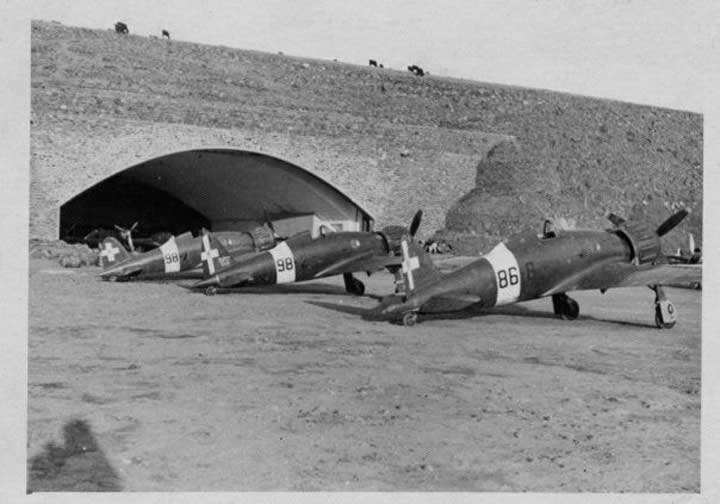 Macchi MC-200 fighters waiting in front of their underground shelter on the south side of the airfield, somewhere between 1940-1943 (Coll. Vincent Abbate, via Picasa).

By 1943 the conquest of Pantelleria was considered strategically important by the Allied troops preparing to invade Sicily. As a result the island was heavily bombed from the sea and air to prepare for the landing of troops, in an amphibious operation called Operation Corkscrew. he attack came in the form of relentless air attacks and was started on 8 May. The Italians had hoped to keep the island as their 'Malta'. It was defended by over 11,000men with supplies for 50 days. The attacks were so fierce however, that the commander and his staff left the island by the end of the month. On 10 June 1944 air attacks on the islands dropped 1400 tonne of explosives, more than had been dropped during the entire month of April on all enemy targets in Tunisia, Sicily, Sardinia and Italy put together. That same day the Allies asked the Italians to surrender, but received no answer.
On 11 June at 1100 hours the final coastal bombardment in preparation for the invasion began. Soon thereafter, Allied planes spotted a white cross on the airfield. Shortly after noon, Vice Adm. Gino Pavesi, the Military Governor, surrendered Pantelleria and the British began the invasion of the island. 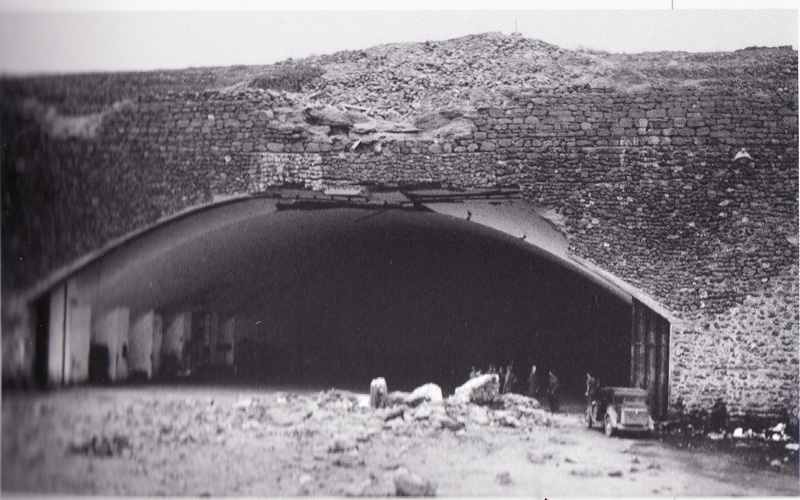 Even after the massive bombardments the underground shelters still survived (Imperial War Museum, London, via source).

Marghana airfield was cratered and except for two aircraft, all of the 80-plus aircraft had been destroyed or damaged. After the Allies had taken over the island and the airfield it was quickly repainred and pressed into use for the invasion of Sicily a month later.
After the war the airfield was returned to the Italians. Over time they built two hardened runways. The underground military hangars are still available and the airport is still a military facility. The airport is primarily civilian used however. 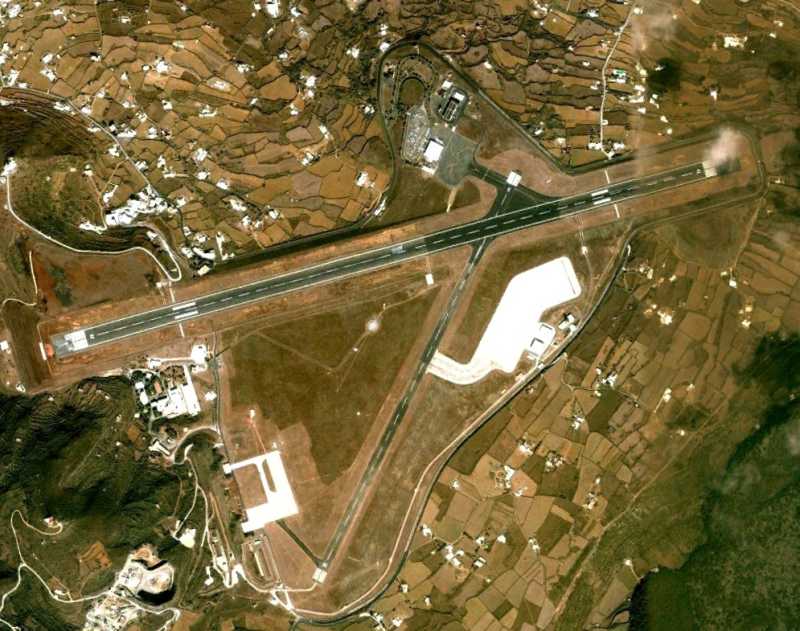 Overview of Pantelleria in 2002 (Google Earth). 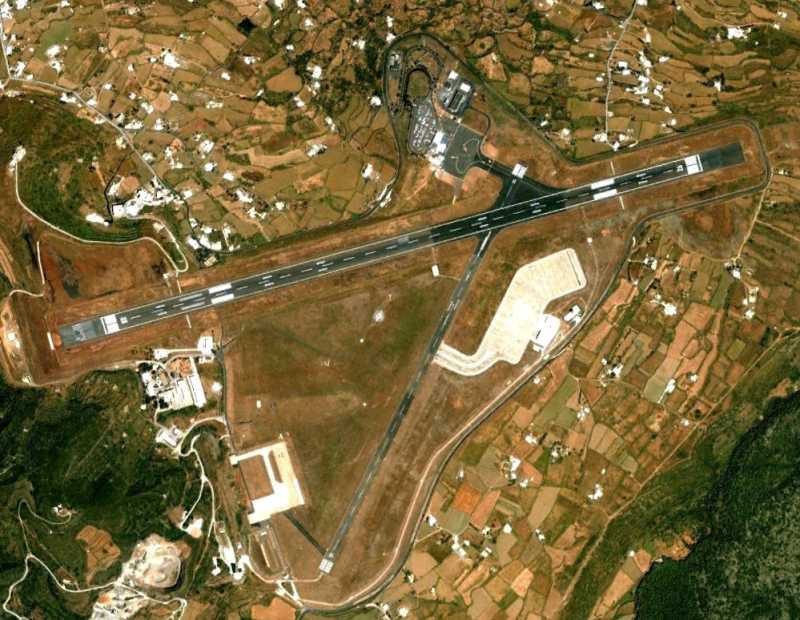 The Pantelleria main runway was somewhat shortened around 2003, as can be seen in this 2004 photo (Google Earth). 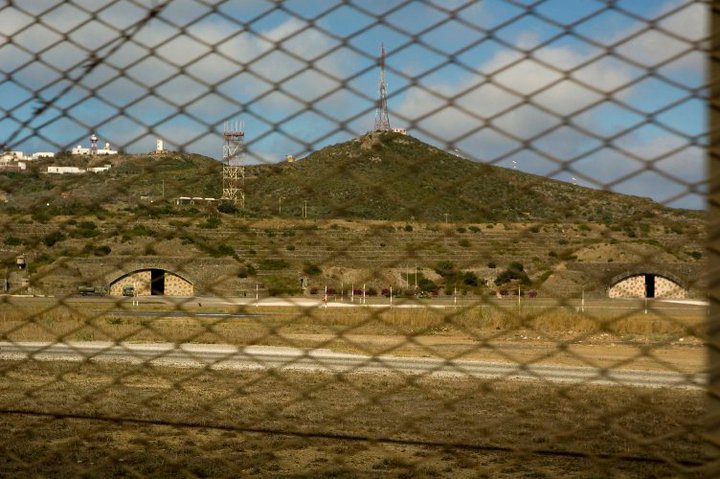 The underground shelters at Pantelleria in 2011 (Panoramio).