Peterhead airfield (RAF Peterhead, also known as Longside airfield, ICAO: EGPS) was an airfield 190 kilometers north-northeast of Edinburgh.
The airfield was opened as a fighter station in 1941. At its busiest, there was in excess of 2,000 personnel stationed there. It served a large number of RAF squadrons and up to four Fleet Air Arm squadrons. Amongst the nations represented were Australians, Canadians, New Zealanders, Poles, Czechoslovaks, Belgians and Americans. Squadrons stationed at the airfield include the RAF 13th Group (Night Fighters), the Royal Canadian Air Force (416 Squadron) and the Polish Air Force (309 Squadron). They operated Hurricane, Spitfire and Mustang aircraft, providing protection for eastern convoys.
143 Squadron had reformed in Peterhead on July 7th 1941 with Spitfires and became operational on the 19th July for Air Defence Roles. At the time, only 1 of the three runways was available and only two thirds of the perimeter track had been completed. The squadron shared the station with 883 Sqn's Hurricanes. 416 Sqn formed at Peterhead on 18 November 1941. 143 Squadron left for Skeabrae on 15 February 1942, 883 Squadron left for Macrihanish on 11 May. In June, 416 Squadron left for the South of England. The squadron had only intercepted one enemy aircraft and they didn't manage to destroy it. In November 1941 a lone Ju88 dropped two bombs on the airfield, killing one and injuring three in the attack.
Fleet Air Arm 802 Sqn arrived in May 1942 from St Merryn. On 6 July seven Fulmars of FAA 884 Sqn arrived from Turnhouse. On 13 August six more Fulmars arrived from 886 Sqn. The FAA Fulmars frequently encountered Luftwaffe Ju88 weather reconnaissance flights. However, as the Ju88 was a much faster aircraft, they did not manage to intercept them. The RAF often tracked these flights and several weeks later two Beaufighters of 125 Squadron shot the aircraft down 130 Miles off Stonehaven.
Another squadron formed at Peterhead was 164 Sqn, on 6th April 1942 with Spitfires. 164 Sqn moved onto Skeabrae on 4 May, but the squadron returned to Peterhead twice later that year before being converting to Hurricanes in January 1943. While converting from Hurricanes, 245 Sqn arrived on 29th January 1943 with Typhoons. On 31 March, the squadron left for Kent and were replaced by Spitfires of 165 Sqn until they moved out in July 1943. Replacing them, 313 Sqn arrived for a rest period before leaving at the end of August 1943. 598 Sqn was formed at RAF Peterhead on 1 December 1943 from 1479 Flight and 1632 Flight RAF. It was tasked as an Anti-aircraft Co-operation Unit to cover the north east of Scotland. Although officially based at Peterhead, it had detachments all over Scotland, operating a mix of Westland Lysanders, Miles Martinets, Hurricanes and Airspeed Oxfords.
The squadron continued in its role to March 1945, when it moved south to RAF Bircham Newton, leaving only a detachment at Peterhead. 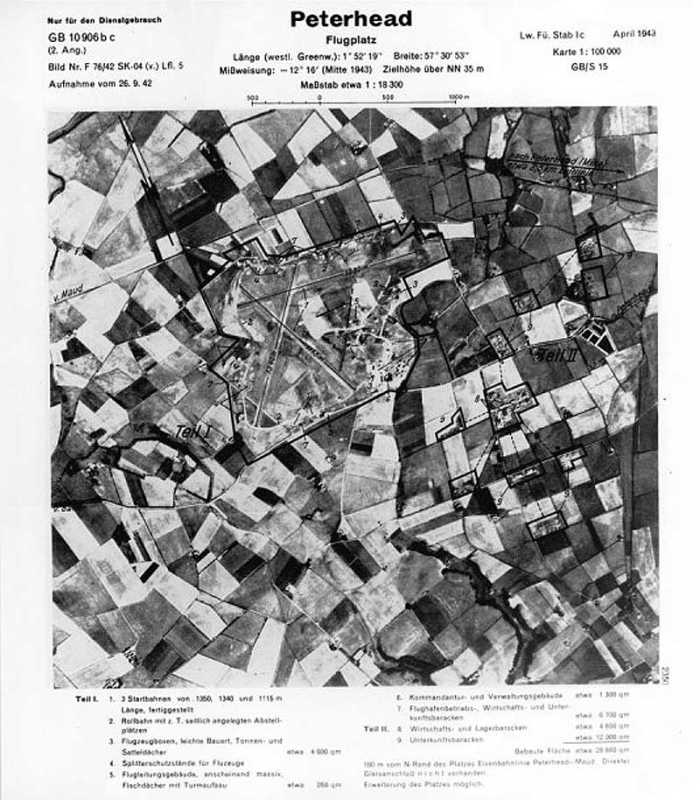 Although the hangars have been gone and the control tower was demolished in 1969, much of the airfield remains. Much of the runways, taxitracks, dispersal sites, and remains of the accommodation camps, buildings and huts associated with them. A small section of the airfield is still in use. It has served as a refuelling point for Bond Helicopters and Bristows, flying on to service oil platforms in the North Sea. Most of the airfield has been returned to farmland, however.
The airfield is not to be confused with the World-War-I-era RNAS Longfield. 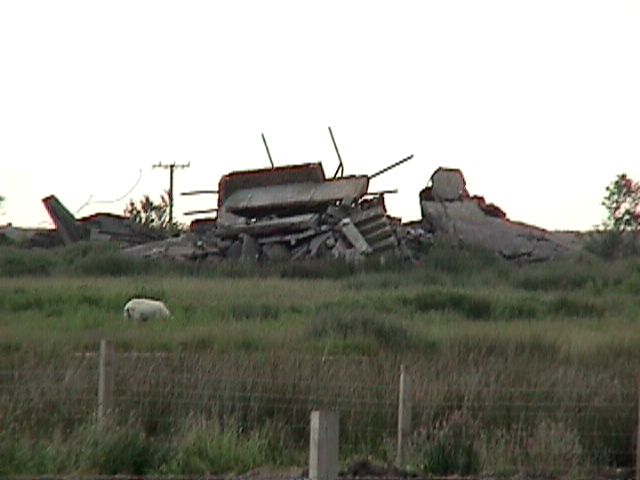 The Peterhead control tower, shortly after it had been demolished in 1969 (web.archive.org). 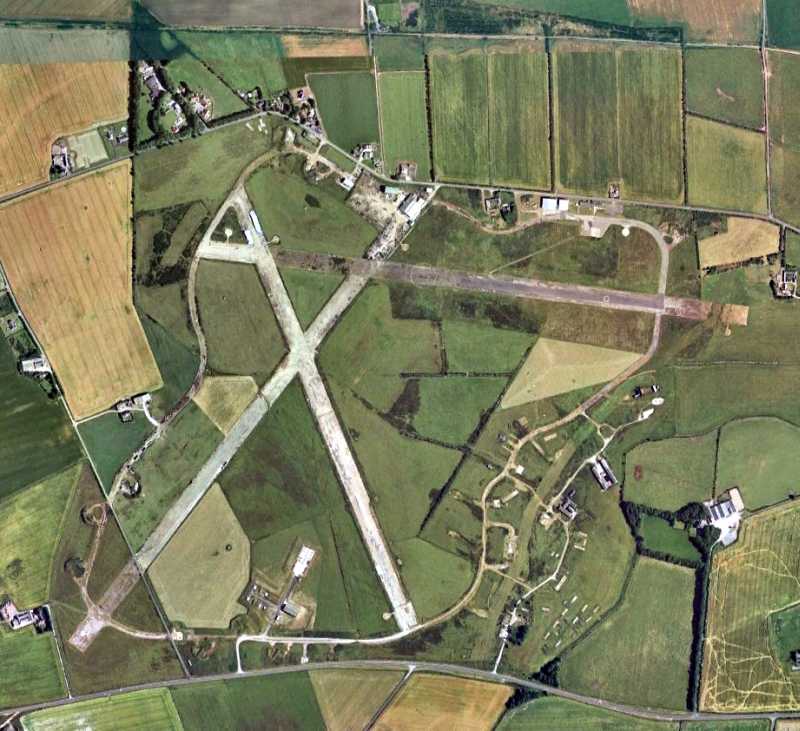 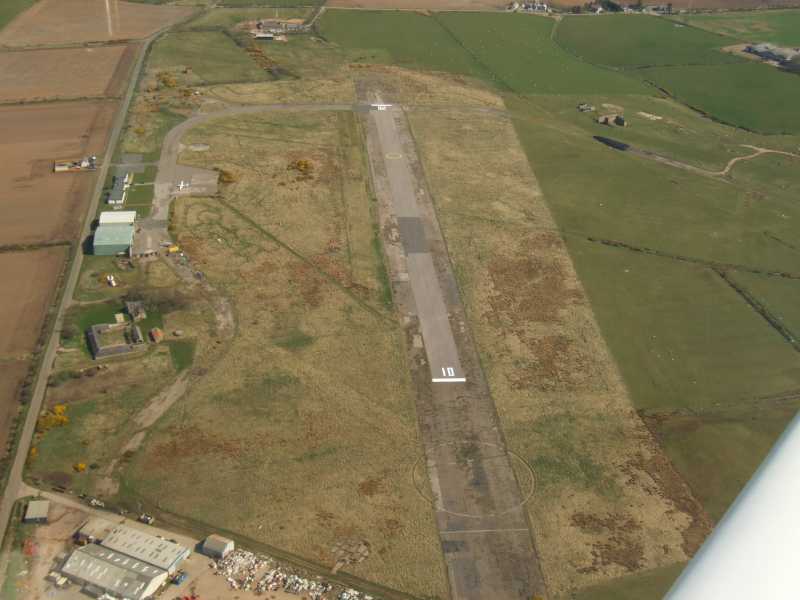