Poix-en-Picardie air field (Aèrodrome de Poix-en-Picardie, also known as ALG B-44 Poix) was an airfield 100 kilometers north-northwest of Paris.
The airfield was built as an emergency landing ground with a small meteo office and a hangar in the 1930s. It was occasionally also used for air fetes and rallyes. The airfield was confiscated by the Armee de l'Air on the breakout of war with Germany in September 1939. The Adl'A stationed 13 Amiot 143 bombers at the field. They were replaced by Bristol Blenheims of the RAF's 59 Sqn on 1 November 1939.
At the time, the airfield was nothing more than a flying 'field', as humourously pointed out to the French by RAF Group Captain (Col.) Maidwell during his visit in September. The following winter was particularly harsh, making flight operations extremely difficult and dangerous. On 20 May 1940, those Blenheims escaped to Great Britain during the Battle of France.

Under German control, the airfield was rapidly expanded from its prewar 30 hectares to 260 hectares. Taxitracks, parkings and a large hangar were built in the forest north of the airfield. This was also the time when the two runways were constructed. The airfield became very important for Luftwaffe night fighter operations.
In late August-early September 1944 the airfield was liberated. Repairs were made to the 04/22 runway and the airfield was pressed into service as Advanced Landing Ground B-44 Poix. Although B-44 indicated this to be a RAF ALG, it was actually used by USAAF 314 Troop Carrier Group, between February and October 1945. From Poix, the 314th released gliders carrying troops and equipment to the Wesel area on 24 March 1945 when the Allies launched the airborne assault across the Rhine. When they were neither training for, nor participating in airborne operations, they hauled supplies such as food, clothing, gasoline, aircraft parts, and ammunition. 314 TCG also carried wounded personnel to rear-zone hospitals. Operations brought them throughout the ETO and MTO (European and Mediterranean Theatre of Operations). After V-E Day, the group evacuated Allied prisoners from Germany.  Later, as part of the European Air Transport Service (EATS), 314 TCG made scheduled flights to transport freight and personnel in Europe until October, when they moved to Villacoublay. 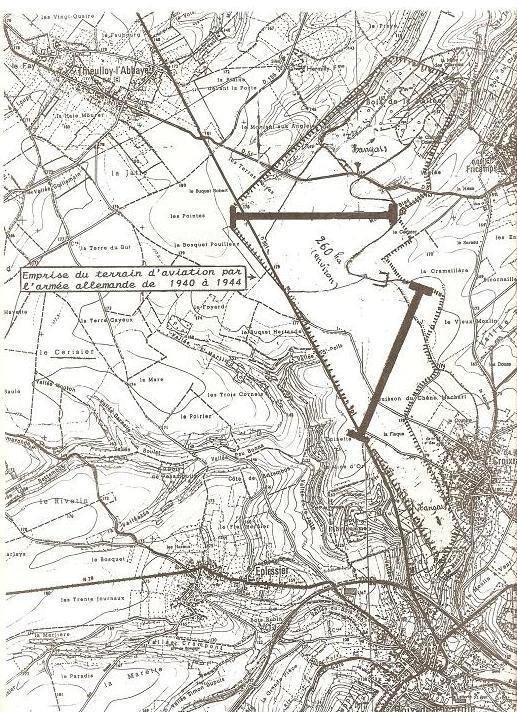 French postwar map depicting the "Size of the aviation terrain occupied by the German army between 1940 and 1944" Uploaded with ImageShack.us

Although the airfield was not used afther the war, it remained relatively intact, including the large hangar, until at least 1960. At some point after that, the airfield slowly began to be demolished, but not completely. Even today, portions of the former airfield can still be found. The location of both runways can still be seen from aerial photography. Both ends of the 09/27 runway still exist, as does the floor of the Hangar and the taxitracks leading to it.
Although the airfield is nowadays bisected by the A29 highway, portions of taxitracks even still exist near the exit to the D901 road. The gasoline/rest area at this exit is located at a street aptly named "L'aérodrome". 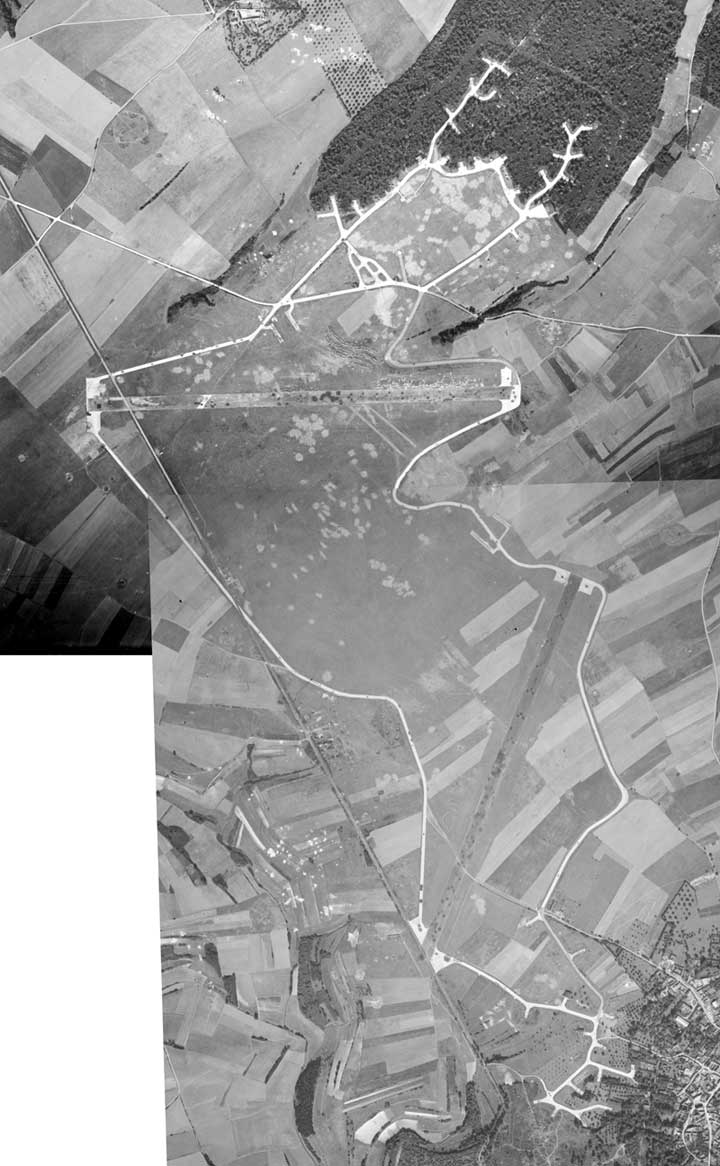 Composite photo of the airfield in September 1947, two years after the war had ended (IGN). 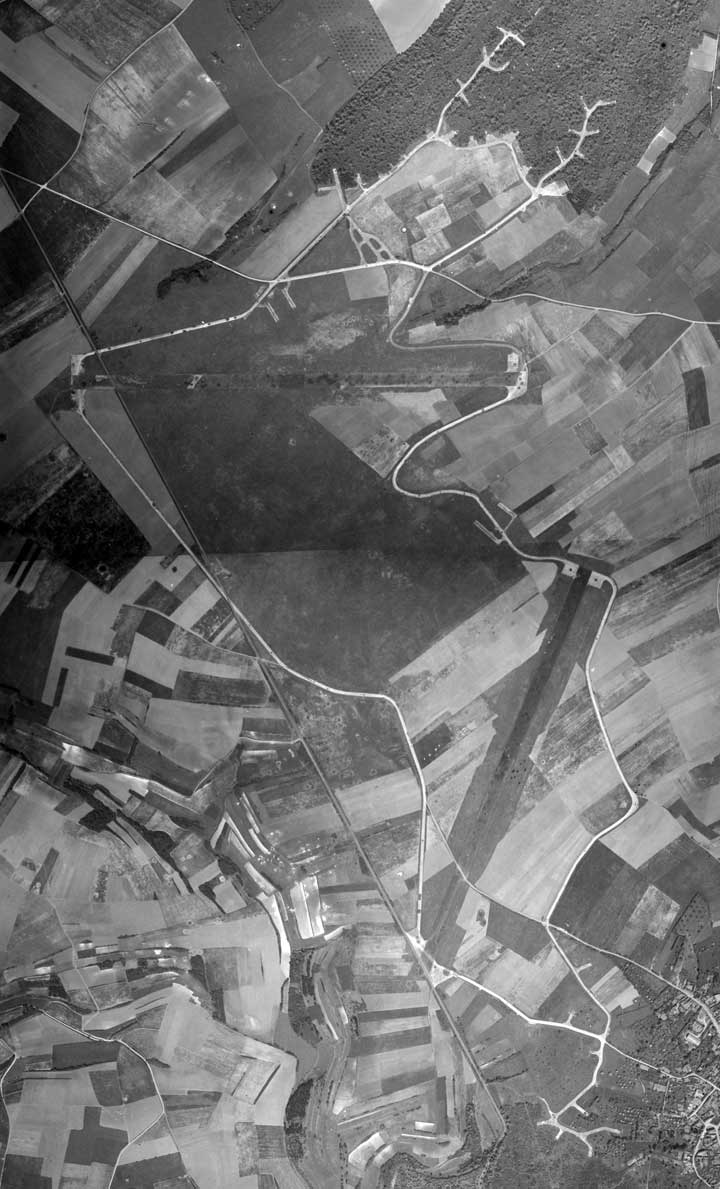 Poix-de-Picardie airfield photographed on 30 April 1952, showing no ativity or major changes at the airfield (IGN). 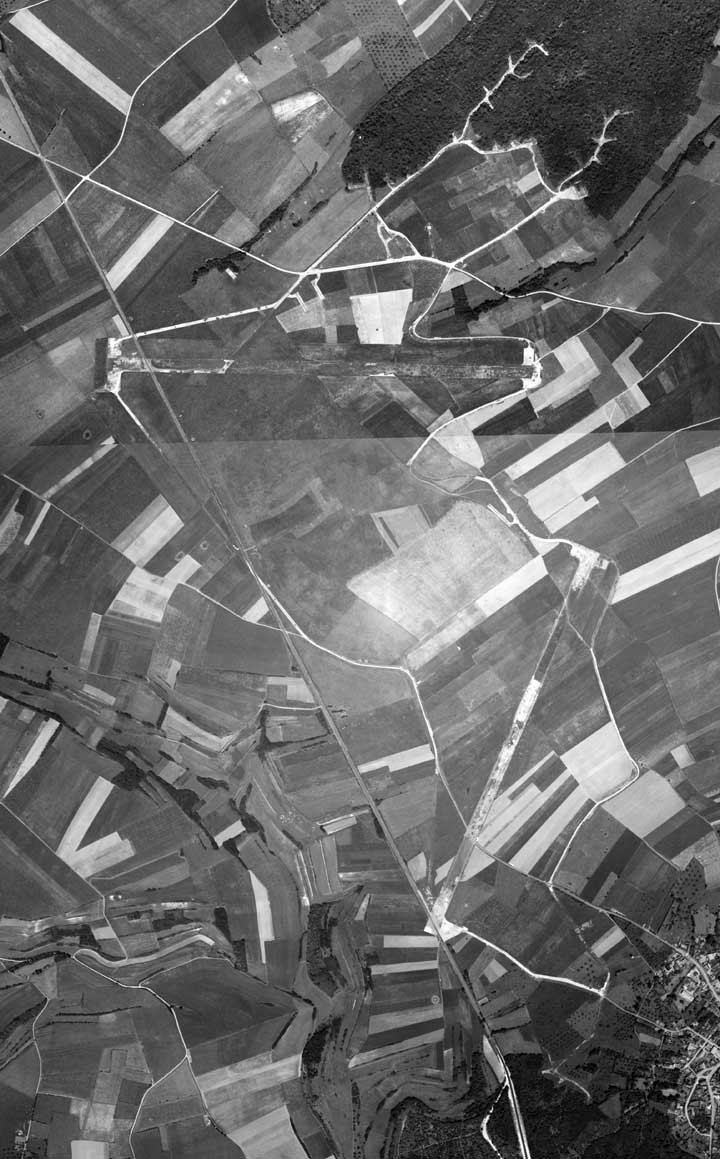 By 1961, parts of the airfield were finally beginning to fade. The dispersals and facilities on the south side were disappearing fastest (IGN). 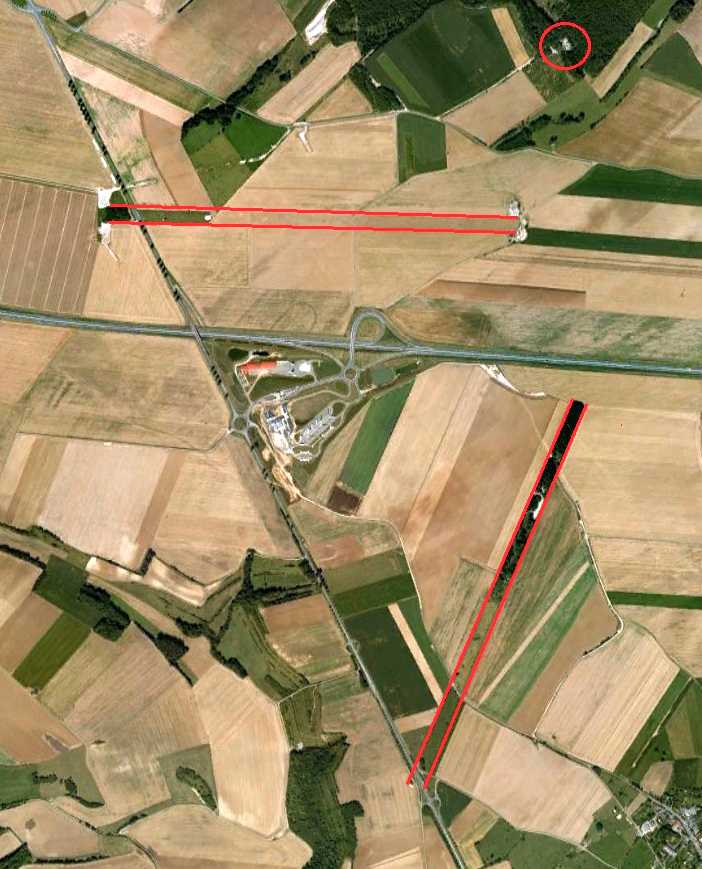