Air field Castletown (RAF Castletown) was an airfield in the North of the Highlands in Scotland.
Construction of the airfield began in 1939 when it was realised there were not enough airfields to defend Scapa Flow. The airfield was completed on 28 May 1940 as a satelllite of RAF Wick, staffed by one officer and 10 airmen. It became a full RAF station the next week (on 7 June 1940) under No.13 Group of Fighter Command.

The first station commander was an unorthodox man (Wing Commander David Atcherley) who had a brother commanding RAF Drem, near Edinburgh. The two men embarked on a competition regarding station defense. Brother David won the day, he 'recovered' a 47" deck gun from an abandoned navy sloop and had it mounted on a contrete platform at the west side of the airfield. The mount of 'Big Bertha' is still at the site, adourned with pebbles spelling RAF on one side. Needless to say he also managed to obtain shells for the gun, which he obtained from the Royal Navy depot at Chatham. He also had a member of the Pioneer Corps in charge of firing the gun. The Pioneer, a corporal, had been left behind in exchange for a bacon slicer from the airmen's mess. The Pioneer Company had arrived at RAF Wick by train, without knowing who to report to. David heard about their problem and arranged them to be brought to Castletown. They carried out many odd tasks at the aifield, until it was discovered they should have reported to Hackney Wick (in London).
(Naval authorities eventually reclaimed the gun when Atcherley overstepped the mark by trying to requisition a fresh supply of ammunition from the Admiralty).
By this time the station was little more than a collection of three grass runways, a collection of wooden and nissen huts and aircraft maintenance tents. For this reason civilian buildings were requisitioned in Castletown to serve as HQ, mess and sleeping quarters.

The first squadron to call Castletown 'home' was 504Sqn, flying Hurricane Mk1s. They were sent to Castletown to rest from hard fighting in France and were replaced by 3 Sqn in November 1940. The winter of 1941 was so cold the station used every available transport vehicle to run up and down the runway to keep the snow compacted. This meant the unit could support airdrops at the radarstation at Sango, which was completely snowed in. Not only the snow was a problem, high winds meant that aircraft had to be tied down using large screw pickets. 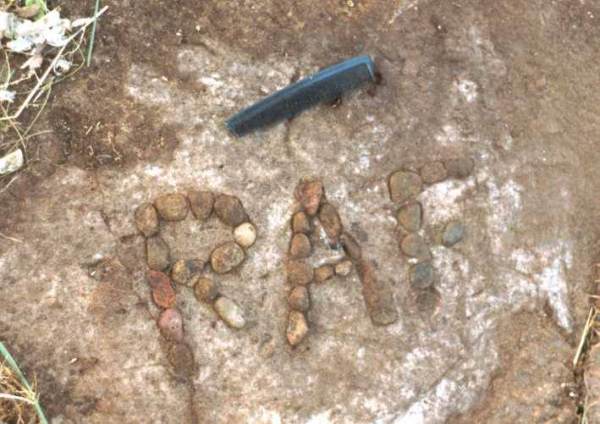 The 4.7in. gun platform at Castletown, with "RAF" neatly picked out in pebbles; a pocket comb illustrates the scale (caithless.org)

In May 1941 No. 124Sqn was formed at the airfield with 18 new Spitfire Mk1s. Their task was to fly the usual coastal and convoy patrols, and to give new pilots flying experience before they were sent south. In the summer of 1942 167 was stationed at the base, flying the usual patrols. The squadrons' Dutch pilots were surprised by a visit of their Prince Bernhard in a Spitfire. Unfortunately he overshot the end of the runway putting his aircraft on his nose, but the Prince escaped unhurt.
The airbase living conditions improved gradually, for instance by the opening of a station cinema in March 1942. Accomodation for the men did not keep up with the numbers however, which became really urgent when the Air Ministry requisitioned two lodgings for WAAFs working at the nearby radar station.
Flying conditions were improved with the construction of three concrete runways in 1942, a hangar and a control tower were built and the station HQ got its own offices at the airfield. Many squadrons followed each other at the airfield until the end of 1943.  But eventually fighter squadrons were fewer and stayed for shorter periods and the base became an air-sea-rescue station. For this purpose 282Sqn was formed in 1943, which was replaced by 278Sqn in 1944. In total 23 flying squadrons used the base.
The last aircraft to use the airfield was a Sikorsky R-4 Hoverfly helicopter, on 24 March 1945. On 15 December 1945 the airfield fell to Care and Maintenance status.

Today the airfield has been largely returned to agricultural use. Its three runways and the perimeter track still exist. On the northern end the gas-decontamination center, a small arms range, bomb stores and the parachute packing shed also still exist, albeit in a poor condition. 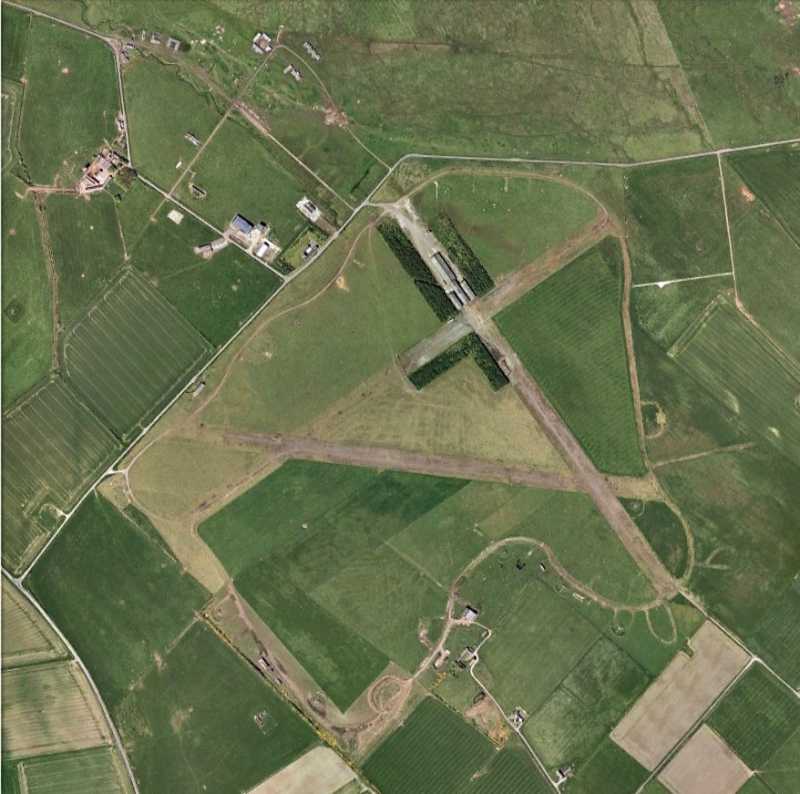