Rattray airfield (RNAS Rattray, also known as RNAS Rattray Head, RNAS Crimond, or HMS Merganser) was an airfield 200 kilometers north-northwest of Edinburgh.
The airfield was built as Crimond airfield in early 1944 as a base for the Fleet Air Arm. Unlike other airfields it was the Admiralty that discovered it, instead of the Air Ministry Aerodromes board. Another difference was that, being a FAA airfield, it had 4 runways instead of the usual three. Although the airfield had been in use since the previous May by 714 Sqn for Torpedo Bomber Reconnaissance training and since July by 774 Sqn for Telegraphist Air Gunner training, it was commissioned as HMS Merganser on 3 October 1944. The two squadrons were later joined by 717 Sqn, also for training in Torpedo Bomber Reconnaissance. In early 1945, 817 and 818 Sqns were formed at Rattray, but they were quickly moved to other airfields. 753 Squadron arrived for Observer Training, and remained in operation until August 1946. All the units used the Fairey Barracuda. Unfortunately, the Barracuda demanded skilled handling, resulting in a relatively high number of incidents. Four aircraft were wrecked and others damaged in strikes with other aircraft, antenna masts and towers.
On 1 September 1946, the airfield finally closed and placed on care and maintenance.

The land was never handed back to the original owners and remains MoD property. A number of buildings dating back to the original airfield can still be seen on the site. Further examples can be found nearby.
The majority of the site was in use by the Royal Navy as Royal Naval Wireless Telegraphy Station Crimond since 1978. In 2004 the long range radio station was outsourced to Merlin Communications, now VT Communications, which continues to provide HF and LF services. Antenna masts rise some 900 feet (300 meters) above the station and its related buildings, making it easy to locate. However, it still is an active MoD property and access is restricted, with fencing and warning signs in place.
Local oil industry has been granted access to the outer perimeter of the site, where a large quantities of material are said to be stored. The internal roads and hut bases are still evident, with a number of the original buildings still standing. 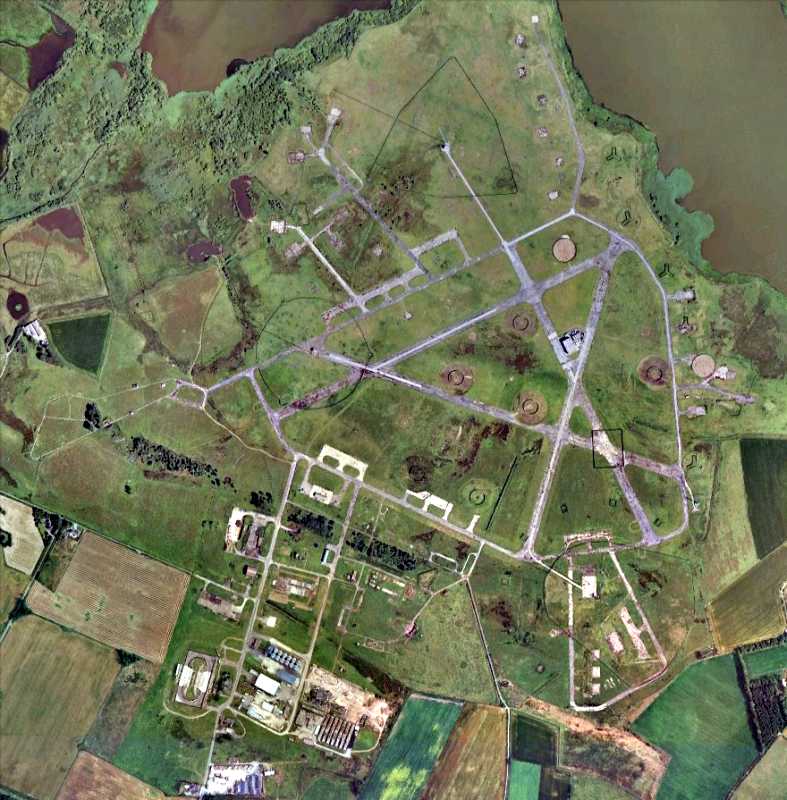 The abandoned airfield in 2004, with the large odd shaped lines being the fences around the long range communications antennae (Google Earth) 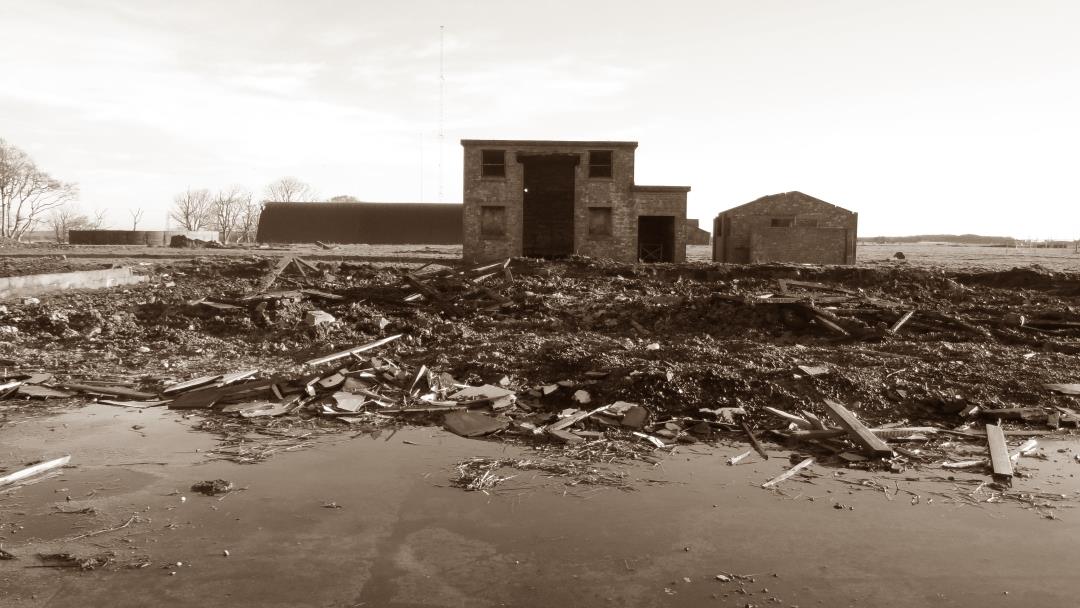 Several buildings are still standing on the former logistics site, but clearly demolition of buildings has also taken place. This photo was taken on 2 January 2014 (Fiona-Jane Brown, used with permission).