Riccall air field (RAF Riccall, also known as Skipwith Common airfield) was an airfield 265 kilometers north-northwest of London.
The airfield was built in 1942 and opened in December that year as a satellite to RAF Marston Moor. It consisted of three concrete and asphalt runways, six T2 and one B1 hangers. Although offically opened in December 1942 the Halifax conversion units of 76 Sqn. and 78 Sqn. moved into Riccall 3 months prior in September. In October they formally merged to form 1658 Heavy Conversion Unit (HCU) and in November they were joined by 158 Conversion Unit which formed 'C' Flight 1658, bringing the unit up to 32 Halifax aircraft. The unit prepared thousands of aircrew for service on Halifax squadrons. They paid a high price with loss of 72 aircraft during their time at Riccall.
The HCU was disbanded just before the end of the war. Riccall then became home to 1332 Transport Conversion Unit flying Avro Yorks and Short Stirlings converted to a transport role. 1332TCU stopped using the airfield on 7 November 1945 and it was then put on care and maintenance. Various Maintenance Units used it as a sub site for storage until February 1957. 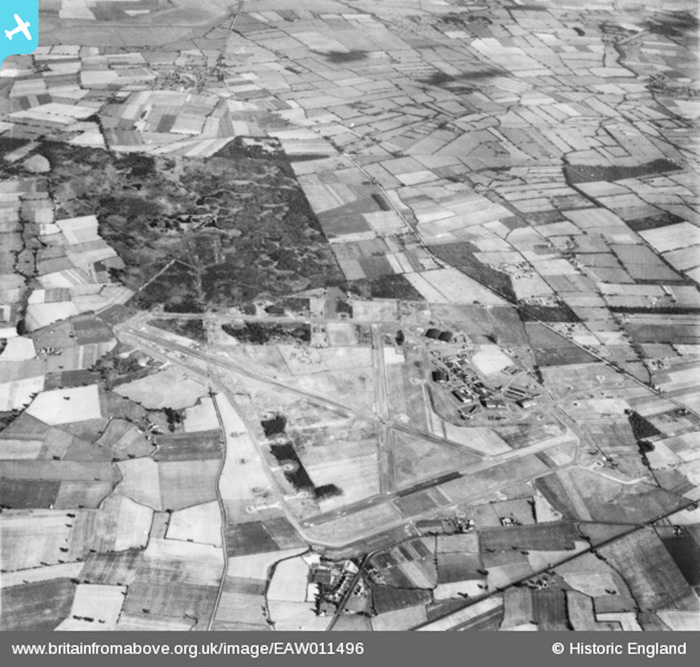 Since the sale of the airfield, much was converted back into farmland. Although several buildings still exist (especially at the former bomb storage site), most of them were demolished. Several taxi tracks and parkings can still be recognised if you know what to look for. From aerial photography it is possible to make out the location of the main runway, but the other two runways are much harder to spot. A memorial to all who served at Riccall was unveiled on Friday 14th May 2010. 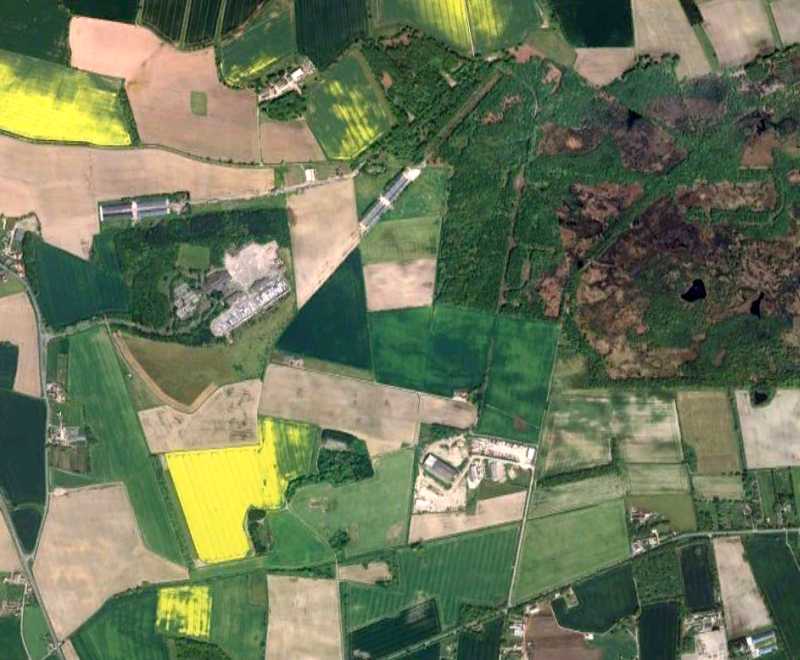 ex-RAF Riccall from the air in 2007 (Google Earth)