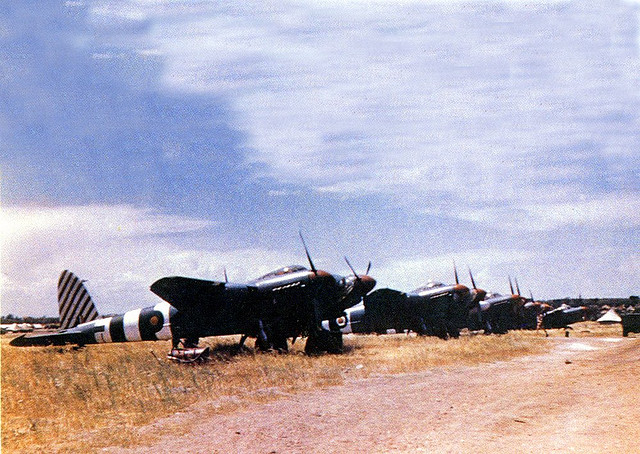 Mosquito PR XVI's of 'A' Flight, 680 Sqn. at San Savero in 1944. The red and white fin stripes served as an identity marking for American pilots who often mistook them for German M E 410's (Etiennedup, on Flickr) 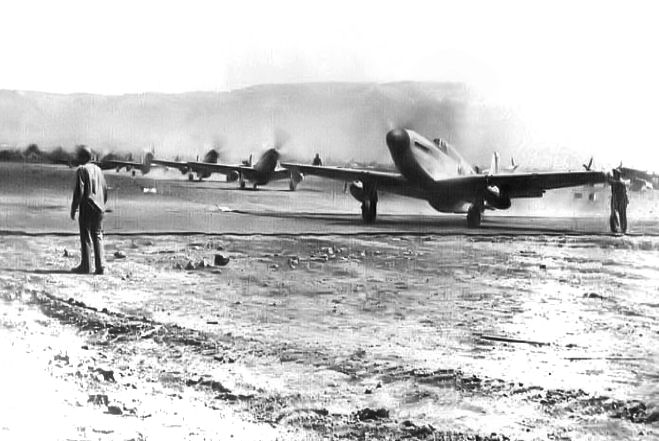 The airfield was dismantled after the war and today it is an agricultural area.
There is little, if any, evidence left in aerial photography like Google Earth.

No photographic evidence of the airfield from the air was located