The airfield was first assigned to 1 Group and received 150 Sqn (Wellingtons) in the summer of 1941. 150 Sqn participated in Bomber Command main force operations from Snaith until autumn 1942, when the station was turned over to 4 Group. The squadron moved out to Kirmington and was replaced by 51 Sqn, wo were converting to Halifaxes.
In the winter of 1943 the airfield suffered two seperate accidents with exploding bombs while the airfield was preparing for missions. Both accidents were the result of faulty U.S.-produced bomb-controls which short ciruited when set to 'Safe', releasing the bombs prematurely. An even more significant incident occurred that summer. On 19 June 1943 a disastrous explosion in the bomb-store west of the airfield cost the lives of 10 groundcrew.
51 Sqn continued to operate from Snaith until the end of the war. In the winter of 1944, its `C' Flight was used to form 578 Squadron. As was usual procedure, 578 Sqn moved into a vacant airfield, RAF Burn, after its first few operations. 51 Sqn transferred to RAF Leconfield a few days after the last 4 Group bombing operation took place a few weeks before the end of the war, late in April 1945.
A total of 205 bombers were lost from Snaith, 57 being Wellingtons of 150 Sqn.

The Station Commander at Snaith, Yorkshire, Group Captain N H Fresson, is joined by other officers on the balcony of the control tower as they await the return of Handley Page Halifaxes of No. 51 Squadron RAF from a night raid on Nuremberg. Note the ambulance and crash tenders with their crews standing by below the tower, and the searchlight beam pointing skywards to show the cloud base. Five aircraft failed to return to Snaith on this night, and a sixth crashed on landing (ROYAL AIR FORCE BOMBER COMMAND, 1942-1945 © IWM (CH 12601).

Trolleys loaded with 500-lb GP and MC bombs, and their attendant armourers, are towed by tractors from the Bomb Store at Snaith, Yorkshire, towards aircraft dispersals on the northern side of the airfield, and the awaiting Handley Page Halifaxes of No. 51 Squadron RAF which were operating in support of the Allied Armies in Normandy (ROYAL AIR FORCE BOMBER COMMAND, 1942-1945. © IWM (CH 13407). 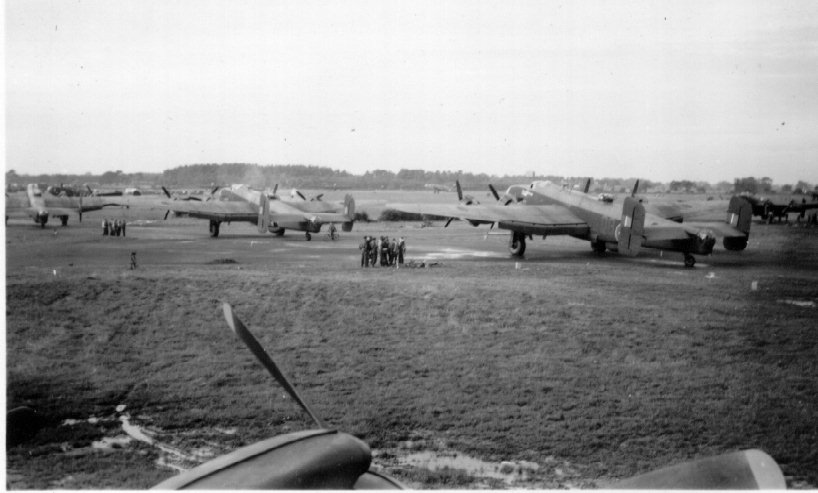 In the months following VE-Day little flying took place from Snaith until two Beam Approach Flights (1508 and 1516 Radio Aids Training Flight) arrived with Oxfords in September. By May 1946, the RAF presence had been reduced to no more than a care and maintenance party and eventually, this too was withdrawn. Like many wartime airfields, Snaith sat unused with little demolition during the 1950s but thereafter a more rapid reduction occurred.
In the 1970s, the M62 motorway link between the Midlands and the Humber bridge sliced through the northern part of the flying field, south of Snaith itself. The runways were partially demolished and the airfield was largely returned to agricultural use. Still, by 2012 much still remains, including the hangars, MT sheds and the Sergeants' Mess. 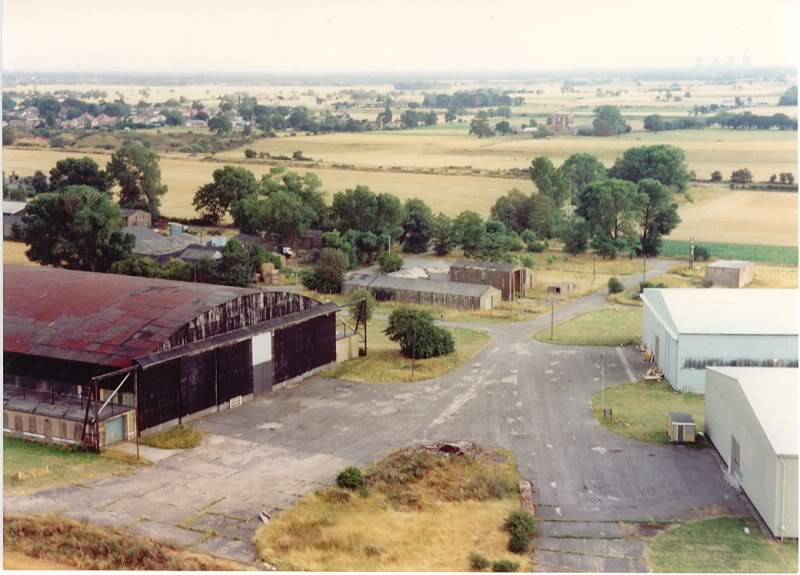 The three hangars that remain at Snaith to this day, photographed in August 1991. This photo and many others can be found at the AirfieldInformationExchange's pages on RAF Snaith. 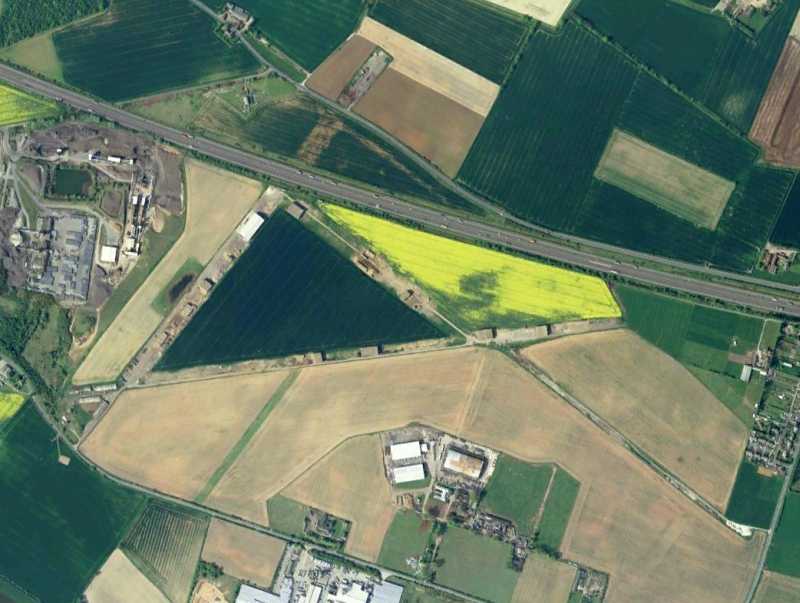